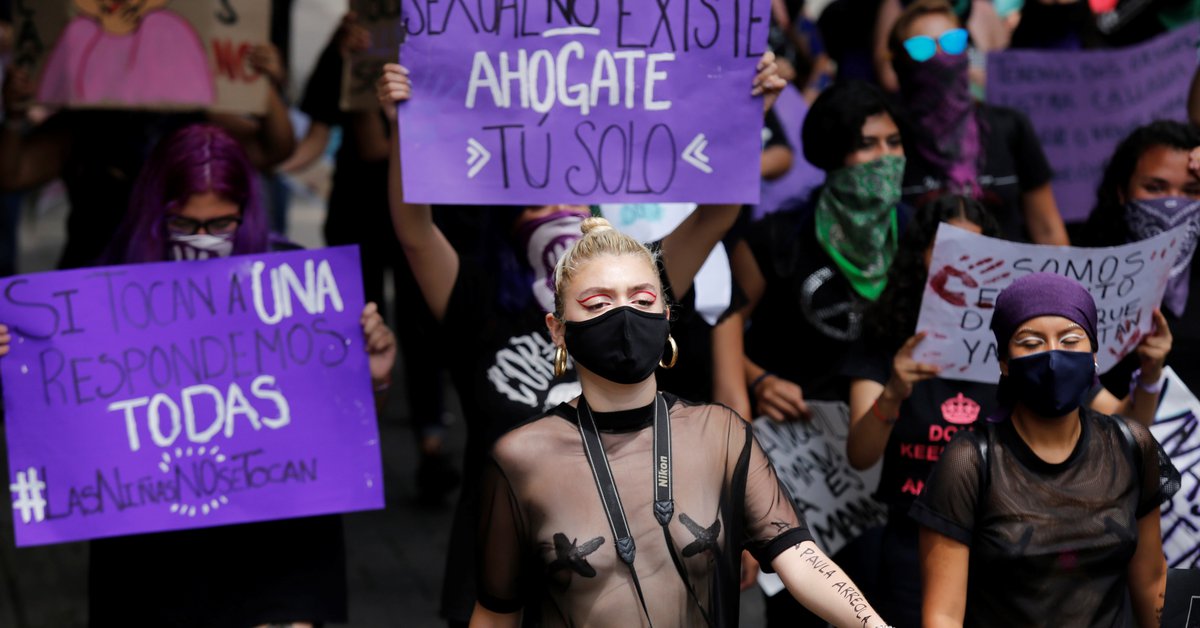 Arussi Unda, feminist, activist and leader of the Brujas del Mar collective is considered one of the most influential women in the world (Photo: EFE / Francisco Guasco)


Like every year the BBC released its ranking of the 100 most influential women in the world and this time it was surprising to find among them the name of the Mexican Arussi Unda, feminist, activist and leader of the Brujas del Mar collective.

According to the British media, in this 2020 they stand out women who “are driving change and making a difference in these turbulent times.”

In the list of this particular year marked by the pandemic and social changes, the medium recognized 11 Latin American women.

In reference to the Mexican, the BBC noted that Unda and its feminist collective Brujas del Mar, has emerged as a voice for all women.

Unda, was also recognized for having led a national strike on March 9, in which women quit their jobs and other activities to stay home in protest and show what a day without women would be like.

“There are slogans and slogans like ‘The revolution will be feminist’ or ‘The future is feminist’, but the future is already here. We must be brave and keep raising our voice”, Says the young woman.

It should be noted that the femicide rate in Mexico increased 3.1% this year, because according to the Executive Secretariat of the National Public Security System at least 2,240 women were murdered, during the first seven months of the year.

Among the Latin American, there is the Venezuelan Susana Raffalli, who has been doing humanitarian work for the past 22 years. Among its most representative tasks is helping Caritas of Venezuela, who launched a tool that showed in real time the impact of the humanitarian crisis on children during the period that the crisis was denied in the country.


Also on the list is the Salvadoran Wendy Beatriz Caishpal Jaco, entrepreneur and activist and also spokesperson for the rights of people with disabilities and survivors of armed conflicts, with projects such as Ahuachapán Sin Barreras, of which she is founder and director, and promotes and protects the rights of disabled people.

“We must love what we do and how we do it. Let’s be instruments for social change: let’s act, let’s fight, let’s make a difference. If we all fight for it, we will have a better world ”, he assured.

The Chilean Ana Tijoux, artist of hip hop and with a feminist vocation, it was also included as one of the most influential this year.

“2020 has exposed the fragility of our economic system and, to face it, we have the strength of our network of relationships,” he said.

On the other hand, the Brazilian Cybele Racy, a retired school principal, was recognized for being a pioneer in teaching racial equality to children in São Paulo’s primary schools.

Every year the BBC launches a list of the most influential people (Photo: REUTERS / Suzanne Plunkett / File Photo)

They also recognized the Peruvian Ruth Shady, who has a doctorate in archeology and anthropology, is vice dean of research at the Faculty of Social Sciences of the National University of San Marcos and director of multidisciplinary research of the archaeological site of Caral in Peru, considered the oldest civilization in Latin America.

They are also among the Latin American the mayor of Bogotá, Claudia López; the Ecuadorian indigenous leader Nemonte Nenquimo, the Brazilian transgender model Lea T and the Argentine soccer coach Evelina Cabrera.

The actress and activist was also found on the list Jane Fonda, against climate change and the scientific Sarah Gilbert, who leads Oxford University research to create a coronavirus vaccine and that he even included his children in phase three of the tests, to verify that it is effective against the condition.

However, “In this extraordinary year, when countless women around the world have made sacrifices to help others, one of the names on the list was left blank in tribute.”

2,240 women were murdered in Mexico in the first seven months of 2020, according to official figures

They proposed to homologate the crime of femicide throughout Mexico

Marichuy Mexican femicide case gets attention and agreements with prosecution

From Green Bank to Arecibo: the death of a telescope