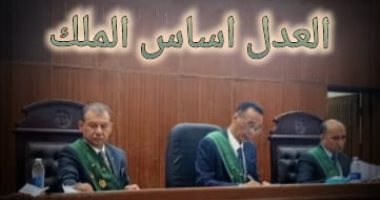 court ruled Sohag Criminal Headed by Counselor Hamdi Abdel Aziz, with the membership of counselors Ahmed Jalal Saad and Hani Muhammad Sobhi Dhaha, in the presence of Counselor Ahmed Essam, Deputy Attorney General, and the secretariat of Taha Hussein and Majed Amin, a 63-year-old man was sentenced to life imprisonment, 10 years and 15 years for two workers and 3 years to life imprisonment. The work of a woman, because the first assaulted his minor daughter and carried her from him in incest, and presented her to the second and third accused to practice vice with her under duress, and the mother of the fourth accused aborted her and buried the fetus in the yard of the house.

By agreement and assistance with the first accused, through the father, he participated in committing the crime, and the minor girl was hit with a piece of iron, so the first managed to assault her despite her not reaching the age of 21.

The Public Prosecution instructed the second defendant to present his home to assault the victim’s daughter, and the fourth defendant to abort the victim and get rid of the fetus.