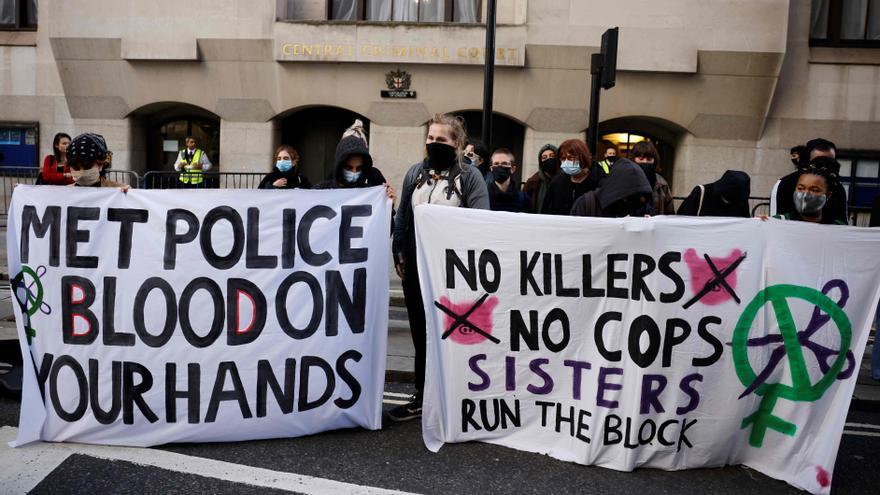 Wayne Couzens, active agent of the Metropolitan Police of London, has been sentenced to life imprisonment for him kidnapping, rape and murder de Sarah Everard last March. Judge Adrian Fulford has made it clear in sentencing in the Old Bailey court that there will be no possible redemption of grief. The 48-year-old Scotland Yard agent will spend the rest of his life in jail.

The disappearance and death of Everard, a 33-year-old marketer, shocked the country and sparked a wave of repudiation and protests against the permanent street insecurity of women in the face of sexist violence. The fact that the author was a police officer further aggravated the circumstances of the brutal crime.

Everard had visited some friends late in the afternoon on March 3 and was walking home when he came across Couzens. He used his identification as a policeman and the special laws that governed during confinement due to the pandemic to falsely stop her and handcuff her. After putting her in a vehicle he had rented, he drove her 50 miles southeast of England, raped her and then strangled her. He later burned the corpse and dumped it in a garbage dump in Kent.

Couzens initially denied the crime, but ended up pleading guilty to the irrefutable evidence compiled by investigators. Security cameras had filmed him at the time of his encounter with the victim and in other places related to the event. A witness had witnessed the police handcuff the woman. The aggressor and the victim did not know each other at all.

On the hunt for a lonely woman

Judge Fulford has described the circumstances of the event of “Grotesque”, in a case “Devastating, tragic and completely brutal”. The sentence accuses Couzens of “Undermine the public’s trust in the police” and make women feel more insecure when they just walk down the street, as Sarah did. The agent who was assigned to the security of the diplomatic corps had “Planned a violent sexual assault for a long time” and “went on the hunt for a woman alone to kidnap and rape her”, something he had planned down to the last detail. A crime from which “He has not shown genuine repentance.”

During the two days of the hearing, Couzens did not utter a single word. Sarah’s parents in their first public statement, when they described the torment they are going through, they challenged her to look at their faces, they described her as “monster” and example “Of the worst of humanity”. No British police officer had ever received such a severe jail sentence.