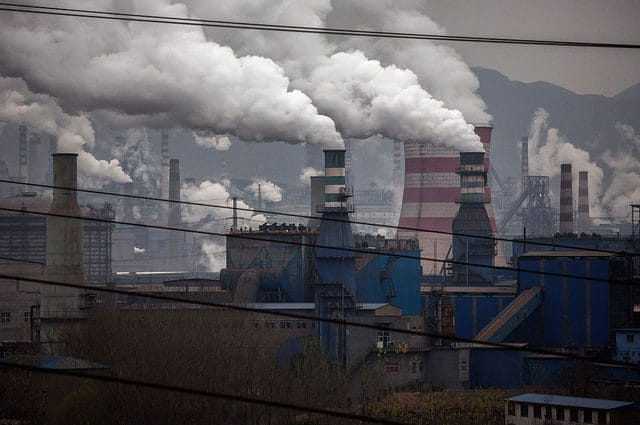 Italian researchers have found that on days when air pollution levels are higher, the risk of dangerous heart arrhythmias increases.

On days when air pollution levels are particularly high, life-threatening cardiac arrhythmias are more likely to occur, according to a new Italian study. In addition, smog is considered one of the main threats to public health; just think that every year it takes the lives of about 7 million people, according to data from the World Health Organization (WHO). It is estimated that each of us loses 2.2 years of life due to air pollution. In addition to catalyzing the risk of respiratory infections (especially in children), ischemic heart disease, and strokes, smog can also trigger life-threatening ventricular arrhythmias.

To determine the link between life-threatening cardiac arrhythmias and air pollution, an Italian research team led by doctors and scientists from the Ospedale Maggiore in Bologna, which collaborated with colleagues from the Regional Agency for Environmental Protection (ARPA) and other institutes. The researchers, coordinated by doctors Alessia Zanni and Luca Moderato, focused on patients from northern Italy equipped with an implantable cardioverter defibrillator (ICD), a device capable of activating in the presence of arrhythmia and save lives by regulating heart function. More specifically, they followed patients residing in Plaisance, a city ranked by the European Environment Agency in 307th place out of 323 “for the average annual concentrations of PM 2.5 in 2019 and 2020”, with a figure of 20.8 μg/m3.

Previously, the researchers had observed an abnormal concentration of cases of cardiac arrhythmias in patients with ICDs on the most polluted days, so they decided to see through it by preparing an ad hoc study. They involved around 150 ICD patients between 2013 and 2017 and collected data on ventricular tachycardia and ventricular fibrillation events, comparing them to PM 2.5 and PM 10 fine particle concentrations detected by monitoring stations. During the follow-up period, 440 ventricular arrhythmias occurred, of which 322 were treated with antitachycardia pacing and 118 with shock to arrest fibrillation. By crossing all the data, a clear association emerged between cardiac events and pollution: for example, for each μg/m3 of PM 2.5 above the average, the risk of ventricular arrhythmias to be treated by shock. When pollution persisted above average levels for a week, the risk of arrhythmia increased by 2.4%. The increase in PM 10 also led to a 2.1% increase in the risk of arrhythmia.

“Our study suggests that people at high risk for ventricular arrhythmias, such as those with an ICD, should check their daily pollution levels,” Dr. Alessia Zanni said in a press release. “When PM 2.5 and PM 10 particle concentrations are high (greater than 35 μg/m 3 and 50 μg/m 3, respectively), it would be reasonable to stay indoors as much as possible and wear a mask N95 (equivalent to FFP2 NDR) outdoors, especially in high traffic areas. An air purifier can be used at home,” added the scientist. “The particles can cause acute inflammation of the heart muscle which could trigger cardiac arrhythmias,” said Dr Zanni, stressing the importance of green projects to protect people’s health. Details of the research “Fine particle exposure and risk of ventricular arrhythmias in patients with CDI” were presented at the Heart Failure 2022 congress of the European Society of Cardiology (ESC).

After raising interest rates in Egypt, what is the future of the 18 percent certificates?