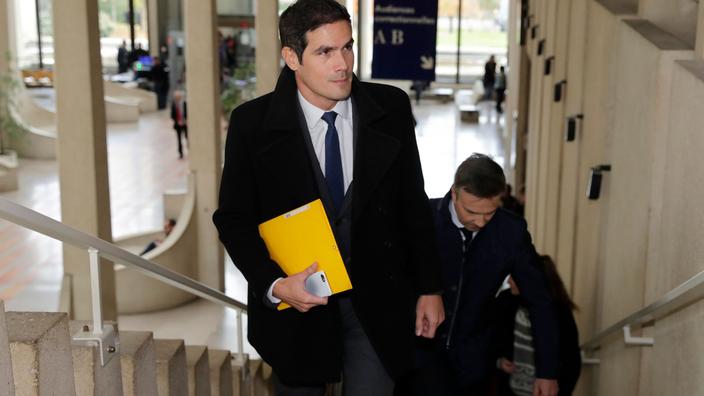 The former CEO of Radio France was sentenced in the first instance to a one-year suspended sentence and a fine of 20,000 euros for having favored the financing by the INA of two consulting companies.

The Paris Court of Appeal on Thursday sentenced the former CEO of Radio France Mathieu Gallet to a fine of 30,000 euros for favoritism when he headed the National Audiovisual Institute (INA), less severe than that imposed at first instance. In January 2018, he was sentenced to a one-year suspended prison sentence and a fine of 20,000 euros. The Superior Audiovisual Council (CSA) then dismissed him from his post as CEO of Radio France.

Mathieu Gallet had appealed against this decision, his lawyers denouncing “a dependent investigation“. Thursday, he was also ordered to pay damages to the Anticor association, civil party. “It’s a great recognition“, Rejoiced to AFP master Jérôme Karsenti, Anticor lawyer, who had taken the initiative to seize the prosecution to denounce the facts. “The Paris Court of Appeal has just overturned the judgment of the Créteil court. She partially acquits me and removes the suspended sentence of one year imposed on me by the criminal court“, For his part said Mathieu Gallet, in a press release.

«Three years later, this decision cancels the infamous sentence that led the Superior Audiovisual Council to withdraw my mandate as CEO of Radio France after repeated calls in the media from several ministers asking for my departure in January 2018. Such a decision today restore my honor“, he added. Mathieu Gallet was accused of having favored two consulting companies to which the INA – a public establishment – had paid more than 400,000 euros when he was its director between 2010 and 2014.

Mathieu Gallet was sentenced Thursday for the first part, concerning the company Balises of his consultant Denis Pingaud, audiovisual professional used by the INA as “external advisor“. The latter had collected a total of 130,000 euros excluding taxes, an amount that should have forced the establishment of Bry-sur-Marne (Val-de-Marne) to put his company in competition.

See Also:  Coronavirus: Will the vaccine obligation imposed by Qantas be generalized?

Mathieu Gallet, on the other hand, was released within the framework of the second part of the case, a 2013 contract signed between the INA and the consulting company Roland Berger Strategy.