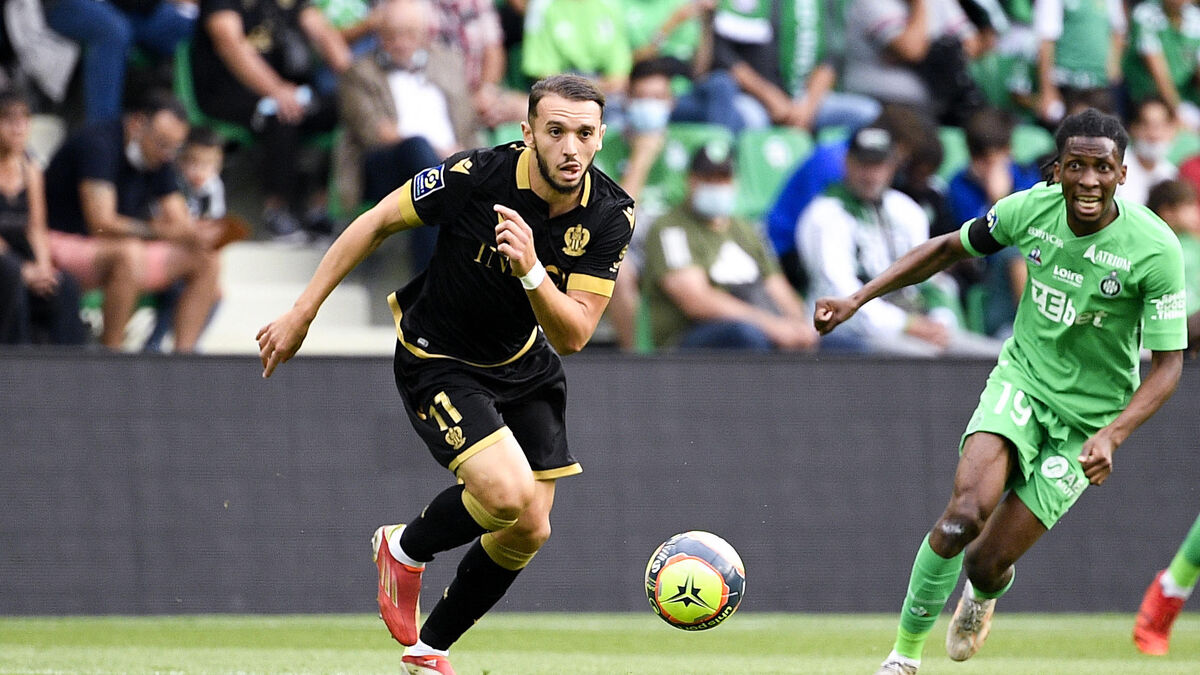 The Greens definitely can’t do it this season. Powerless against Nice this Saturday, beaten 3 goals to 0, Claude Puel’s players have a fifth loss in a row and are now last in Ligue 1, on a goal average. A worrying start to the season, in a club that continues to look for a new owner.

Difficult to regain confidence in Saint-Étienne. In a meeting yet to the advantage of the Greens on the side of statistics (60% possession for ASSE), Nice took advantage of the errors and clumsiness of Claude Puel’s men to easily win three goals to zero.

In the absence of Etienne Green, suspended for a match by the disciplinary committee of the LFP after his expulsion during the match against AS Monaco, goalkeeper Stefan Bajic had nevertheless shown the way at the very beginning of the meeting, with a double stop against attempts by Kamara then Gouiri, from the 7th minute of play.

But a happy free kick in the axis hit by Gouiri (15th), deflected by Camara, while Bajic had already left on the other side, allowed the Nice to open the scoring. Behind, the Stéphanois, tried to react, multiplying the incursions into the opposing camp, like a center of Bouanga deposited on the head of Krasso (27th), not framed.

A big recovery error from Bajic (54th) gave the Aiglons the second goal thanks to Stengs. Finally, Andy Delort folded the case with his flat foot on the penalty spot in the 85th minute, perfectly served by Da Cunha from the left of the area.

One week before the derby against Lyon, the supporters present in the cauldron have long supported their players, but ended up expressing their dissatisfaction at the end of the meeting, whistles to the key, but without great excesses. The players, Khazri in the lead, came to discuss with the supporters. “We are the first to be disappointed not to be able to please our supporters, so we asked them to stay united with us in order to be able to go up the slope, together,” said Camara after the meeting.

Amine Gouiri remained on two missed penalties in his last two games, against Monaco (2-2), then against Lorient (defeat of Nice 1 goal to 0). The Niçois was reassured this Saturday, better still, he launched his team perfectly, opening the scoring in the 15th minute. He could have doubled the bet after half an hour of play, only beaten in his duel against the Saint Etienne goalkeeper.

More discreet in the second half, replaced twenty minutes from the end of the game, Gouiri continues to boost his statistics at the start of the season. Involved in seven of the Aiglons’ fifteen goals this season, he is a real asset to Christophe Galtier’s squad. With five goals already scored this season, and pending the other matches of the weekend, he now occupies the top of the Ligue 1 top scorer standings alone.

With this new defeat, the fifth in eight days of the championship, ASSE has only 3 points and is still in 20th place in the Ligue 1 standings. Only Metz, who is traveling to Brest this Sunday, is at the same level. Stadium. It was the worst start to the top-flight season for Saint-Étienne since the 1988-1989 fiscal year. The Greens had finally finished in 14th place in the championship.