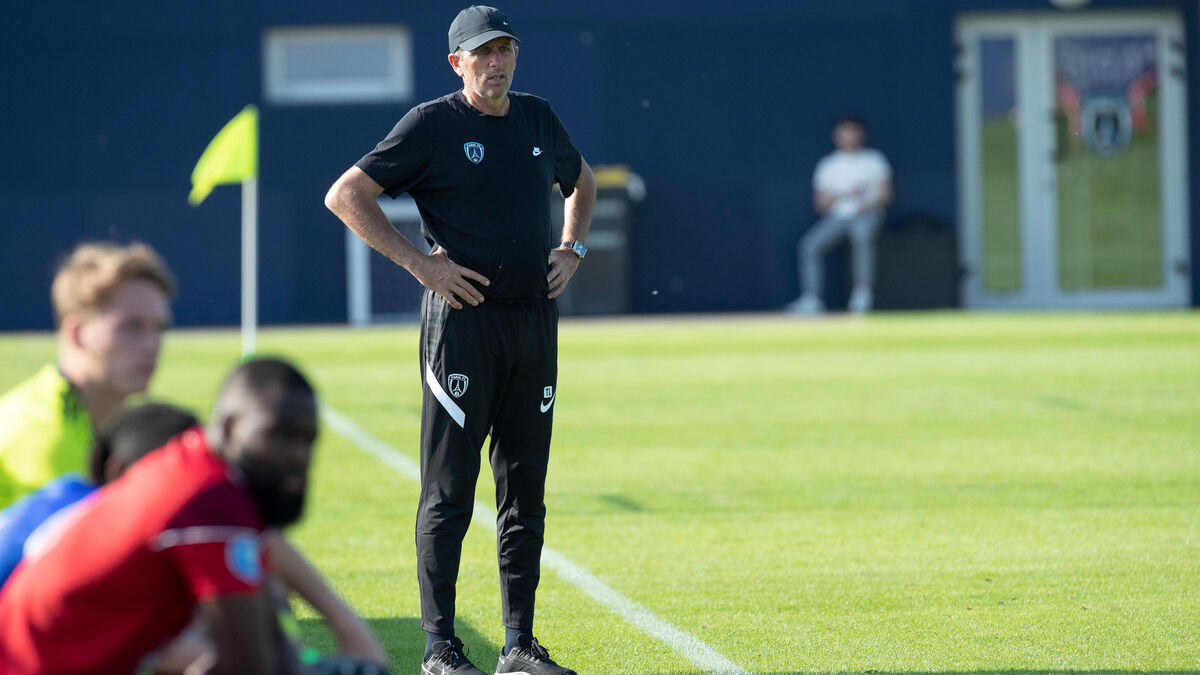 Last season ended in disappointment and frustration in Game 1 of the play-offs against Grenoble (2-0 defeat). Two months later, the Parisians took a resounding revenge (4-0) against the Grenoblois in Gueugnon (the lawn of the Stade des Alpes is being repaired) on the first day of this new season. Even if many players were missing (Kanté, Bamba, Belaud, Caddy, Demoncy, Ndiaye), that recruits must arrive and that Thierry Laurey estimated that “his team was not yet fully ready”, she has already hit a big blow against another contender for the climb.

A first full of promise for Paris FC. From the outset, Laurey’s players completely stifled the Grenoblois. The experimental central hinge of novices – Samir Chergui (2nd tenure in L2) – Ousmane Camara (1st tenure) – has never been worried and has achieved a clear round. Playing very high, on the move, the Parisians have multiplied the opportunities and corners. After a recovery on the crossbar from Marvin Gakpa (13th) and several saves from Maubleu as on this strike from Morgan Guilavogui (17th), Paris FC logically concretizes its domination. On a corner from Maxime Bernauer, deflected from a heel by Cyril Mandouki, Gaëtan Laura deceives Maubleu (0-1, 37th). As of the resumption, on a new start of the dragster Laura, his center is diverted in his goals by Perez who slammed on the action (0-2, 53rd). Laura is still at the origin of the 3rd goal. After news of his acceleration, his center is badly negotiated by the defense and Mustapha Name succeeds in a sumptuous half-volley (0-3, 72nd). Returning at the end of the match, Migouel Alfarela, arrived from Annecy (7 goals and 7 assists last season in National) closed the festival (0-4, 90 + 2) by offering his first goal in L2 for his debut at this level. Attractive, offensive (19 shots including 11 on target, against only two for Grenoble), sure of its strength, Paris FC already marks the spirits …

The 25-year-old striker left on the same bases as last season where he had already scored on the first day against Chambly (3-0). Beyond his goal and the counter-his-camp provoked, Gaëtan Laura has often put the Grenoble defense to death with his power and speed. After his good first season in L2 (8 goals, 5 assists last year), the Normand, returned to the amateur box (Saint-Lô, Évreux in N3) has all the assets to do even better. This summer, Paris FC were approached by other clubs for Laura. But he did not follow up on the transfer proposals.

“It’s a good start that should give us confidence. We played a serious game, in line with what we could do, by controlling the ball, by creating a lot of chances and by conceding very little. We always have small concerns during a recovery. In training, it was sometimes a bit complicated, but I have boys who are competitors. In a match, they know how to put themselves in it and I like it. I am very satisfied with the performance of the whole team. The youngsters behind were efficient and solid, the laterals contributed. But we’re not going to ignite. We will see where we will be in ten days. It’s a first day so it’s difficult to base your judgment on Grenoble. Maybe they will be at the top of the table and that will mean that we did a big perf. If they are further away, we will only have won a normal victory. ” Thierry Laurey, Paris FC coach