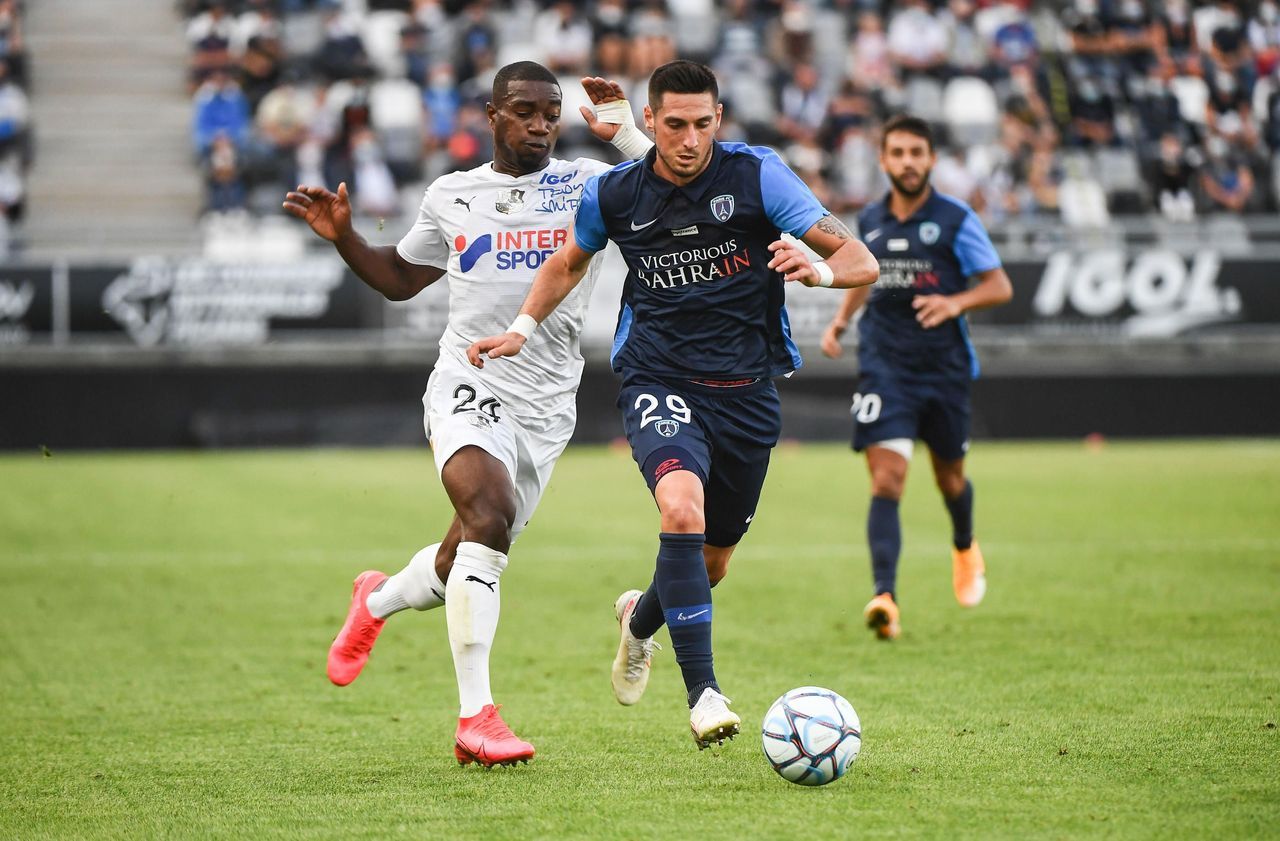 “No one in a training center will tell you that they dream of the same career as me. But I don’t regret anything. Without football, I would never have discovered so many cultures or made such wonderful encounters. ” Florent Hanin waited until he was 30 to play pro in France for the first time with Paris FC. In 2011, after 12 years in Le Havre, the native of Harfleur (76) started a tour of Europe which took him to five countries.

“I had to borrow money from my agent”

The left side lands in Leixões (D2 Portugal). Elected in the typical team of the championship, he is however not paid for six months. “I was 21, I was alone abroad and I had to borrow money from my agent,” recalls Hanin, noticed by Braga (D1) where he signed for 3 years. “I was made false promises, I was sent in reserve”, continues the one who met his future wife, Portuguese, during his 2nd year. He is loaned twice to Moreirense (D2). “But in January 2014, the president of Braga who took charge of my salary no longer wants to pay me. Moreirense couldn’t afford it. He did not give me the choice, it was either to return to reserve, or to go to Greece to a club he knew ”.

“I preferred the Norwegian style, more technical than Belgium”

At Panetolikos, he won quickly. “But we were very far from the holiday postcard. It was a lost city (Agrinio), a little dirty and poor. I couldn’t see myself staying there. I terminated my contract with Braga because I no longer wanted to be under the influence of a club. But it took a long time. One of the rare opportunities is Lierse (D1 Belgium). “After 4 games, the Dutch coach who recruited me is fired. With him, we played short. The one who replaced him was betting on long balls towards our great striker. We didn’t hang up, I asked to leave but I got hurt. The winter transfer window was over. ” The only opening, Stromsgodset, in the town of Drammen, 40 km from Oslo in Norway. “We finished 2nd, played the Europa League. Compared to Belgium, I preferred the Norwegian style of play, rather technical, on synthetic pitches. It is a beautiful country. There is a real quality of life, no insecurity. But the pace was not too suited to mine. We get up early, we go to bed early, we don’t really see the sun. ” In January 2016, he left for German-speaking Switzerland in St. Gallen. “I played all 17 games but the German coach only wanted to speak in his language, not English with me. It did not facilitate our exchanges. But I loved living in Switzerland. It’s clean, there is no delinquency. On a daily basis, you have to know how to accept their strict rules. The prices are also exorbitant, so if you don’t make a good living, it must be complicated. ”

“Given my career, playing the Europa League is the icing on the cake”

Married, Hanin chose to return to his wife’s country, first in Belenenses (2016-2018) then Guimarães while Porto also followed him. “Guimarães is my wife’s town, she has been a member of this club for a long time so I was happy to give her this gift after having carried it around everywhere. The people are very earthy, attached to their city. I bought into this mentality. We played the Europa League against Arsenal, Frankfurt and, given my career, it’s the icing on the cake. But despite his status (he is sometimes captain) and a contract until 2022, he is forced to pack his bags this summer as the family has grown with the birth of two children. “The new president wants to bet on young people to trade. An old man like me is less profitable. ” His return to France was not really scheduled. “I didn’t come back just to come back,” says Hanin, who has moved to Massy (91). I could also have taken a big contract in an exotic country. But at Paris FC, there is a great project. If I signed for 3 years, it was to register for the long term and stabilize myself. “