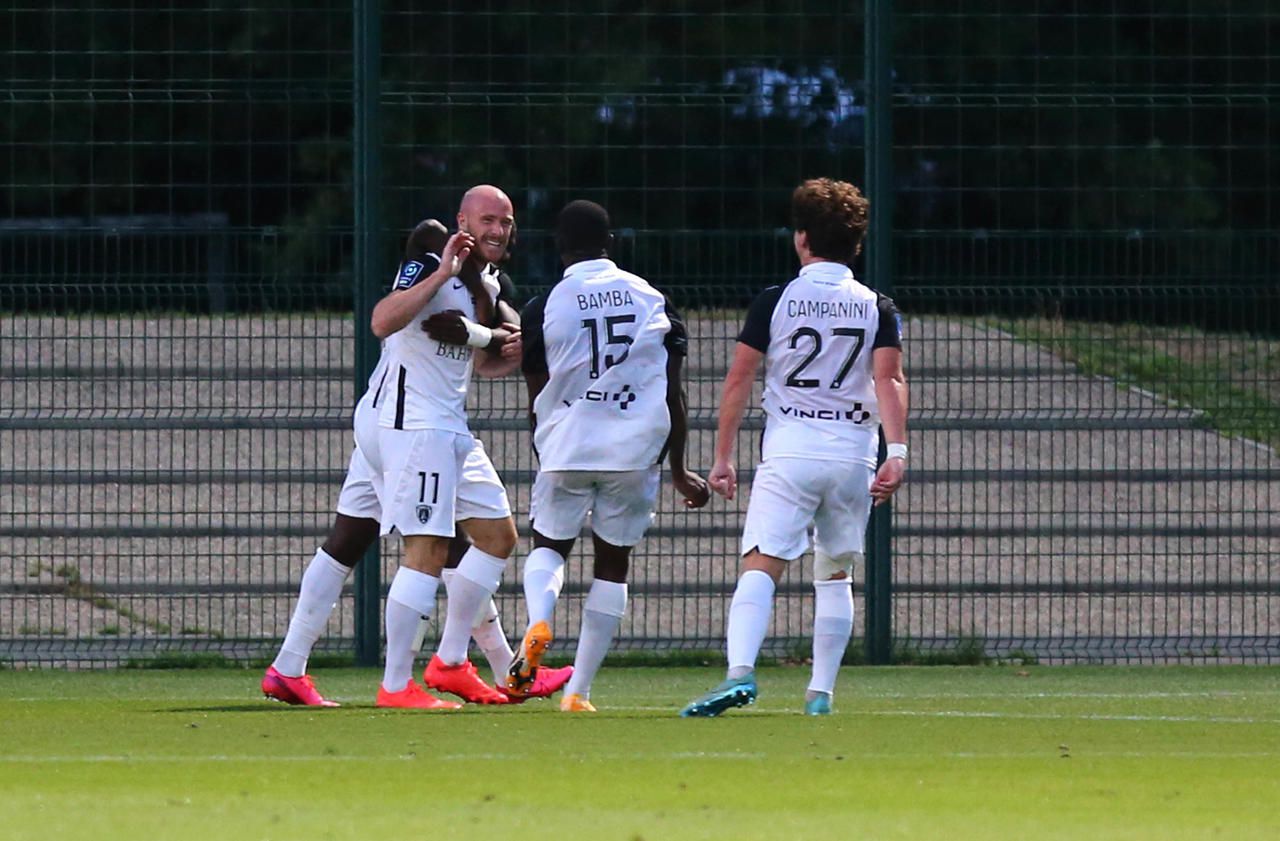 The terrible injury, the depression and the difficulties to come back… By scoring a double Saturday in Chambly (3-0), it is as if Florian Martin had erased two and a half years, of doubt and of fight, since his rupture of the ligaments crossed with Sochaux against PSG on February 6, 2018. “This goal, I had been waiting for it for so long, sighs the 30-year-old midfielder. It allows me to definitely turn the page on the injury and everything that happened afterwards. It is a liberation ”.

Certainly, Martin had scored the goal of qualifying Paris FC in the 8th round of the Coupe de France last December in Valence (R1). But in L2, his last goal dated back to January 26, 2018, ie 939 days… “I have always scored in my career (32 goals in L2, 15 in National). A footballer walks a lot in his mind and I was really keen to finally find the net in the league. I regained confidence in my feet, I feel good physically and good in my skin. “

The native of Lorient, passed through Carquefou, Niort and Sochaux, is today flourishing in the Paris region. “My wife works, we found our balance here. When you feel good in your daily life, things can only go well on the pitch. “After a year and a half without playing, the midfielder had experienced a return disturbed by many muscle glitches last season (11 games in L2). “I don’t blame Mécha (Bazdarevic, the former coach), he had no choice, because he had no staff. But he had to send me at the entrance fire to a defensive midfielder position that I had not occupied from the training center and which required a lot of effort. As a result, in September, my body said stop. I had pulled too much on the machine and I exploded. I’ve been dragging it all season. “

“There is a will of the staff not to burn me right away”, says Florian Martin

Saturday in Chambly, Martin was on the bench. “There is a will of the staff not to burn me right away. They are really in the management of my body. They don’t ask me too much, too quickly. With René Girard, there is a lot of discussion and communication. It’s pleasant. Me, I work on the affective. If I feel loved by the staff and my partners, I will give my all for them. Even though I was on the bench, I spoke before Chambly. I am 30 years old, want to share, create a bond, I feel the soul of a leader. “

Arrived in January 2019 at Paris FC, initially just to train after his serious injury, the one who has often marked the spirits during his career with his long strikes, is well placed to judge the evolution of the club.

“Paris FC has taken a good turn,” he said. René Girard has restored order and imposed his paw, Frédéric Hébert (sports director) also plays an important role. And the group is much more homogeneous in quality. Last year, we were 34, there 27, it’s better for work. Those who come from National are hungry and talented. Having 95% of the group from the start has allowed us to create real osmosis. Old, young, African, European, there are no clans this year with us as I have seen in some clubs. Before Chambly, we lost 7 players in 4 days due to injuries and the Covid. It could have disturbed us but those who played showed that they could be trusted. For a coach, that’s blessed bread. Me, I take a lot of pleasure since the recovery and I hope to continue if my physique finally leaves me alone… ”