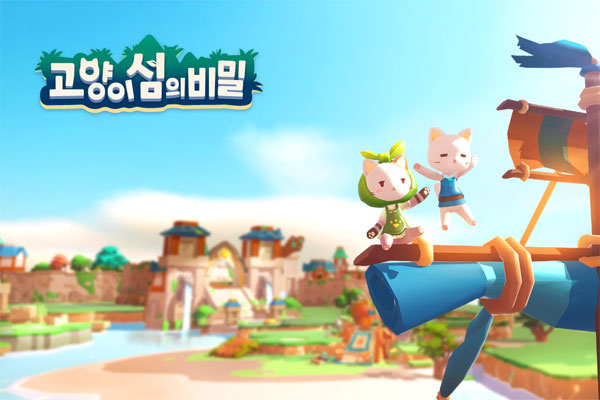 Like It Games (CEO Young-woong Kim), a subsidiary of Wemade Connect, announced on the 25th (Fri) that it had officially released the new mobile game, Secret of Cat Island, developed and serviced by the company through two major markets.

The Secret of Cat Island is the official sequel to Like It Games’ previous work, You Cat Family, which surpassed 3.5 million downloads. Like It Games is in charge of publishing this game in order to provide a more satisfying customer experience based on the needs and operational know-how of global users acquired through the previous game.

The secret of Cat Island is based on high-quality animation, beautiful visuals, and storytelling that stimulates emotions. In addition to performing missions and collecting cats that suit their tastes, users can enjoy various contents such as building construction, fishing, collecting, and exploring in the game.

The game can be downloaded from Google Play and Apple App Store, and more details about the game can be found on the official Instagram (global SNS).

On the other hand, Like It Games is the second company founded by Young-woong Kim, who has worked with KOG, Krafton, and NCsoft, after Beacon Studio (representative work: Mafia Revenge), and many members have been working together for a long time for over 10 years. It is a solid developer with His representative work is the emotional healing game You have a cat, and he is currently concentrating on the development and service of ‘The Secret of Cat Island’ with the goal of introducing a high-quality casual game that is recognized globally.

Watch .. Actress Suhair Ramzy .. reveals insidious secrets of her forbidden movie .. Because of the many hot scenes, she admits boldly, she could not stop the hero and asked him not to stop!