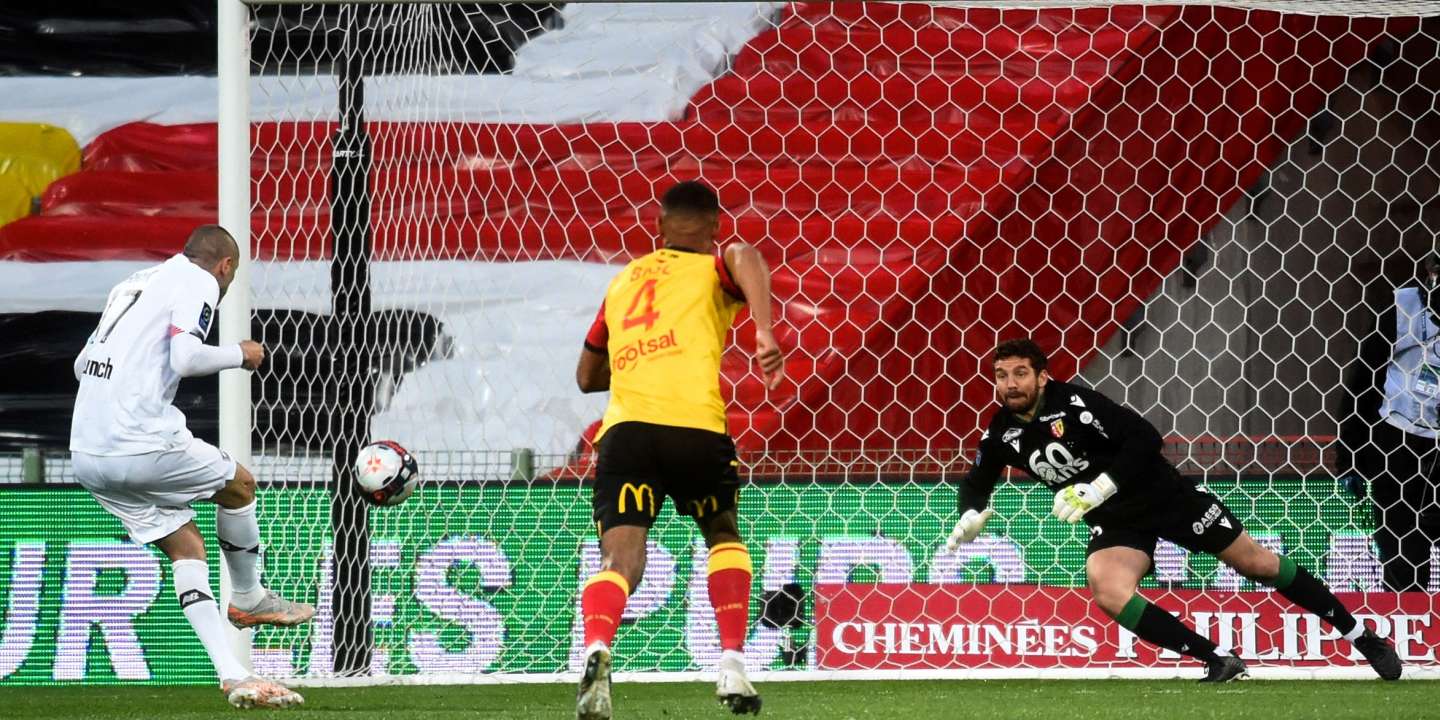 Step by step, match after match, victory after victory, Lille is approaching its crazy dream: to win a title of champion of France with the beard and the nose of Paris-Saint-Germain. By easily defeating the trap of the North derby at the neighboring Lensois (3-0), Friday May 7 evening at the opening of the 36e day, Losc signed a fifth success in six matches.

Read also Ligue 1 on Canal +: Lens-Lille, a great poster and an uncertain future

With 79 points on the clock, the leader takes four lengths ahead of PSG, eliminated Tuesday from the Champions League and who will have a complicated match on Sunday on the lawn of Rennes. Then there will be two more matches at Losc, at home against Saint-Etienne and then Angers, to hope to win the Grail.

In this train which takes him to an unthinkable fourth national coronation, the locomotive is called Burak Yilmaz. Two weeks ago, the 35-year-old Turkish striker knocked down Lyon with two goals and an assist that allowed Lille, down 2-0, to win 3-2. The following weekend, he opened the scoring against Nice (2-0), a crucial victory which put Losc back at the top of the standings ahead of Paris SG. And Friday, in Lens, the “King” (” King “ in Turkish) continued his triumphant march with a new double in the first period, taking his court with him, on the way to winning the first Losc title since 2011.

In this long-awaited derby and stalled at a crucial moment of the season, the Mastiffs did not have time to tremble on the lawn of the Bollaert-Delelis stadium, around which thousands of Lensois supporters had gathered before the meeting. They marked their entry territory by obtaining a penalty after only one minute and five seconds of play! In the box, Araujo passed on to Yilmaz, who, with his back to the goal, retreated to Bamba, jostled by Seko Fofana when hitting. Clément Turpin did not hesitate to whistle and the VAR confirmed his decision. Yilmaz then sprang up and placed his powerful strike in the skylight (0-1, 4e).

Despite the opening of the scoring, the Sang et Or did not give up and took the game to their own account against Lille who began to retreat. The Lensois have obtained situations, but sinned in the last gesture, the fault in particular of the goalkeeper Mike Maignan, decisive twice against the Cameroonian striker Ignatius Ganago.

In the process, the hopes of Artesians flew in quick succession the exclusion of Michelin for a second warning (35e) and the second magnificent goal from Losc signed Yilmaz, who brought his total of goals in Ligue 1 to fifteen, for his first season in the French top flight. Served about thirty meters from the goal, the captain of the Turkish selection pushed the ball and fired from the left, a missile as sudden as it was splendid which went to lodge in the window of Leca, impassive (0-2, 40e).

Back from the locker room, Losc maintained its grip on the match against an impotent RCL. Thus, Leca kept his team in the match by narrowly deflecting a curling shot from Luiz Araujo (55e). But the Artesian goalkeeper was, on the other hand, involved in Lille’s third goal: after a poor recovery from Loïc Badé, Bamba unleashed a shot badly repulsed by the goalkeeper on Jonathan David, who struck in a pivot to worsen the mark (0-3 , 60e).

With this victory, Lille keeps its destiny in hand. He still has to win his last two meetings to be champion, without having to worry about the results of PSG. Le Losc can look ahead: the horizon is clear.

Article reserved for our subscribers Read also Brain injuries, the flip side for English footballers at World 66