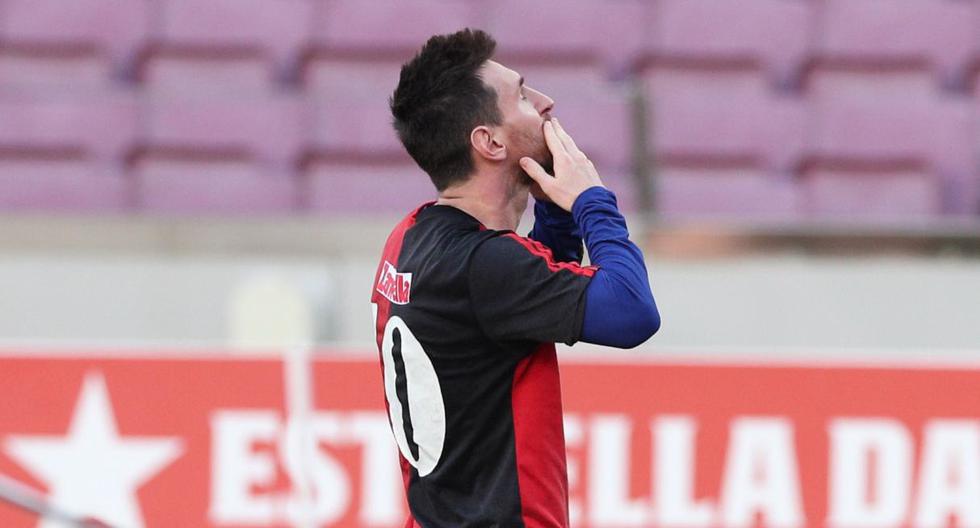 Emotional, original, one of the best so far, but it is also a source of disgust at FC Barcelona. The iconic gesture of Lionel Messi To honor Diego Maradona has not only aroused admiration, it has also generated discomfort in the Barça leadership due to the sanction that he will have to pay, after the ‘Flea’ display Newell’s Old Boys t-shirt.

Messi managed to dedicate to Maradona the goal that closed the Barça account: a left-footed shot, after a home-brand driving that made Sergio Herrera’s stretch useless.

A bit that the ‘Flea’ dedicated to the ‘Pelusa’, taking off the Barça elastic to discover the red and black of the Newell’s Old Boys with the ’10’ that Maradona wore for a season, while extending both arms and looking up at the sky.

However, the gesture not only earned Leo a yellow for taking off his shirt, it will also cost the culé club a fine, as it is a FIFA rule that prevents lifting the shirt to display any emblem.

What the standard says

“The footballer who, on the occasion of having scored a goal or for any other cause derived from the vicissitudes of the game, raises his shirt and Exhibits any kind of advertising, slogan, legend, acronym, anagrams or drawings, whatever its contents or the purpose of the action, will be sanctioned, as the author of a serious offense, with a fine of up to 3.000 euros and reprimand ”, states article 91 of the RFEF Disciplinary Code regarding the celebrations.

Although, although the Barça club will not have to pay this payment immediately, it is a great shame that Leo’s emotional gesture with Diego entails a warning for the player and an economic punishment for the club.