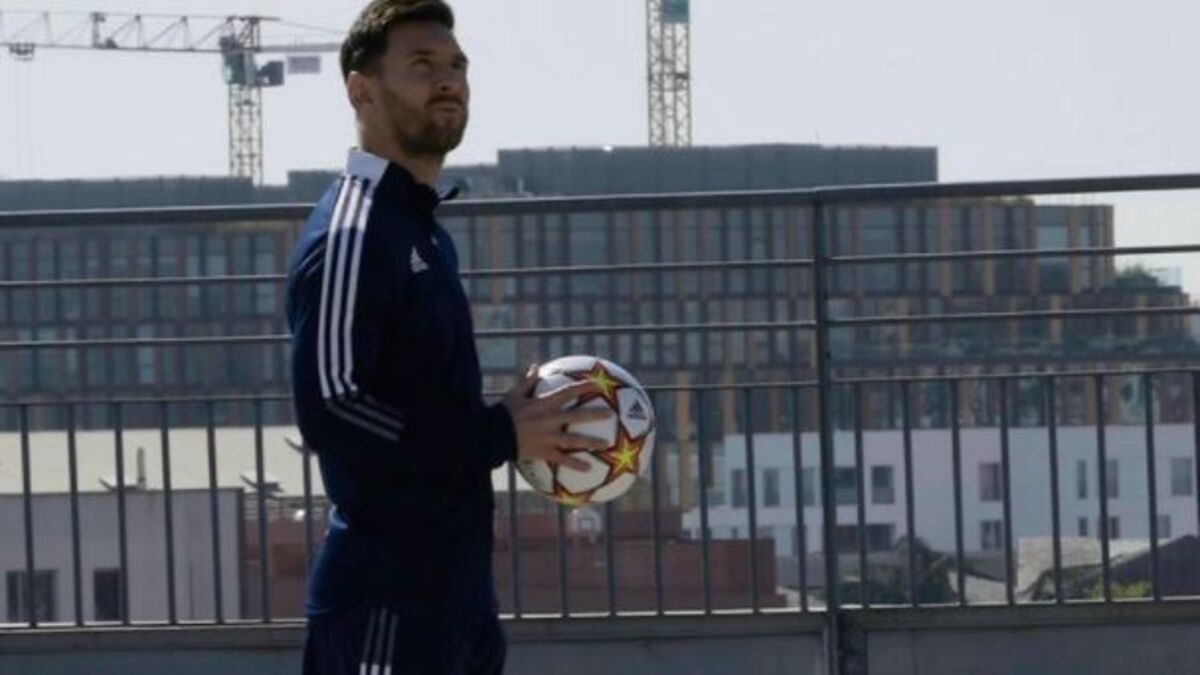 “Like what, nothing is impossible”. Malason is jubilant this Tuesday on Twitter. The famous skylight of Evry (Essonne), which this young municipal agent and his friends made famous around the world through shooting contests broadcast on social networks, has just entered pop culture.

The equipment manufacturer Adidas has granted a place in its last promotional clip to this square of a few tens of centimeters, overlooking a local trash can at 24, rue Jules-Vallès. The video was made in honor of Lionel Messi’s first match at the Parc des Princes on Tuesday evening against Manchester City. We see the Pulga playing from the roof of a building, the ball passing in front of the Sacré Coeur Basilica, then ending its race a few millimeters from the window before bouncing back into a “city stadium”. Pure fiction, of course.

Invented in 2018 with no other ambition than to pass the time, this challenge therefore ended up catching the eye of the German giant by dint of garnering views and receiving renowned guests. The most recent: the former Moroccan international Mehdi Benatia, who spent mid-September.

At the beginning of the year, we told you the brilliant story of this competition which made the “Pyramids” district famous, and broke its anxiety-provoking image. “We often talk about Évry in terms of drugs, fights … there, it gives another image of the district”, noted one of the creators Djibril. At least when the little ones are there, they are not I do not know where fighting ”.

“Amazing what you have generated !! A building window that inspires a sports giant… football will never cease to surprise us !! Suddenly, Messi has not really put it in since it ricocheted… we are reassured as best we can, ”for his part reacted on Twitter the former player and now consultant Ludovic Obraniak.