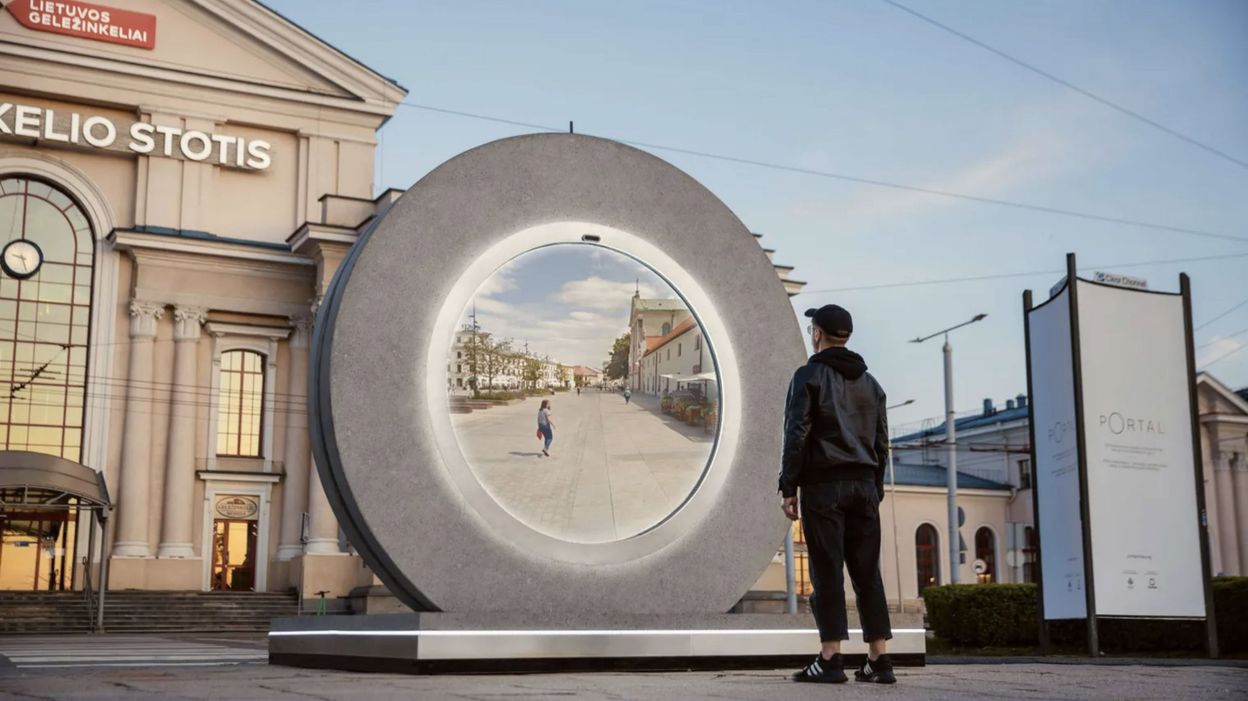 The cities of Lublin, Poland, and Vilnius, Lithuania, are located more than 400 kilometers from each other as the crow flies. But a new project, called PORTAL, allows residents to be connected.

The project, initiated by the Benediktas Gylys foundation located in Vilnius, is presented in the form of a circular “door”, on which we find a giant screen and a webcam. By placing themselves in front, the inhabitants of Vilnius are then projected onto the gate located in Lublin, and vice versa.

According to Benediktas Gylys, president of the foundation, the project is in a way ” a bridge that unifies and an invitation to rise above the prejudices and disagreements that belong to the past. “

As explained by the Creativity and Innovation Center at Vilnius Gediminas Technical University, the door borrows a design well known to science fiction fans. We quickly think of the famous stargate, seen in Roland Emmerich’s film Stargate, then adapted into a television series for 10 seasons in Stargate SG-1.

The project, which took five years to materialize, should be transferred to other cities. Until then you can learn a little more on the website of the city of Vilnius.