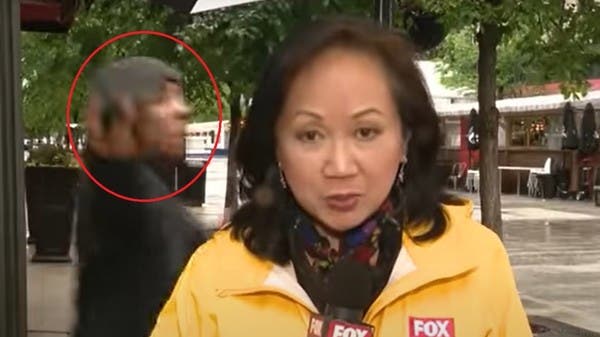 one day after The horrific Texas massacre that killed 19 children and two teachers, a man pointed a gun he was carrying at a camera while an American reporter on a live broadcast provided news coverage about the use of firearms in the recent violent incidents that rocked the United States.

In detail, Fox 32 news reporter Joanie Lum was live on Wednesday morning on Good Day Chicago, with a man walking fast behind her, pointing a small pistol at the camera, and then following the reporter with showmanship, brandishing his firearm.

For her part, the presenter, Natalie Boumki, on the air, said that the reporter and cameraman were not harmed in the accident, and she thanked the viewers who sent to check on the health of the team.

In turn, Anita Padilla, a reporter at FOX 32, wrote on Twitter: “The gun was about one foot from my colleague’s head pointing at the camera and photographer,” adding, “Thank God she’s fine.”

While Chicago police began searching for the man, according to the American newspaper, “People”.

It is noteworthy that the accident occurred just one day after the tragedy of the elementary school in Texas, where an 18-year-old boy killed 19 children as young as 11, in addition to two teachers, on Tuesday.

This horrific crime has returned to the arena of controversy, the issue of weapons escaping in the country, and the ease of obtaining it, as well as the “lobby” of arms companies, which are accused in some political circles of being protected by some lawmakers, despite the fact that American laws and the Constitution allow individuals to possess weapons. .

This county and city can receive 5,000 per month with children at home, and 8,000 5 per month! Understand the key points of distribution in seconds | Life | Sanli News Network SETN.COM