With rallies and tours, the candidates for Mayor of Lima close their electoral campaign this Thursday a few days before the elections on Sunday, October 2. On Wednesday, the day was characterized by an exchange of punches and clashes between Daniel Urresti (We can Peru) and Rafael Lopez Aliaga (Popular Renewal).

Urresti closes its campaign at the intersection of the extension of Av. Javier Prado and the Central highway, in Ate Vitarte.

López Aliaga performs in the Manco Cápac square, in La Victoria from 7 at night. He is accompanied by former congressman Renzo Reggiardo.

He also said that, although Secretary General Vladimir Cerrón was unable to attend the closing rally, his mother, Bertha Rojas, who is being investigated for the alleged crime of money laundering in the case of the alleged illegal financing of the Peru Libre campaign, is present.

Gonzalo Alegría (Together for Peru)

The candidate of Together for Peru for mayor of Lima, Gonzalo Alegría, also ends his campaign in Plaza San Martín from 6 pm

During the afternoon, the candidate Elizabeth León (Hope Front) toured the Jirón de la Unión along with Fernando Olivera, president of the political party. “Citizens are waiting for a change. We have come to defeat millionaire campaigns,” said the candidate for mayor of Lima.

On Wednesday, just three days before the regional and municipal elections, Daniel Urresti y Rafael Lopez Aliaga They chose to deepen the exchange of punches, instead of exposing proposals in the last days of their campaign.

During a tour of the streets of Chosica, Urresti not only criticized the former metropolitan councilor, but also addressed his questions to former congressman Renzo Reggiardo, candidate for deputy mayor for the celestial party, referring that he is facing an investigation for the alleged crime of fraud. aggravated.

“Mr. Reggiardo would have seized more than S/280,000, and that is serious, because López Aliaga and he plan to indebt the municipality with US$1,000 million, which we are all going to pay in the next 30 years, those are going to be the new tolls. [En Renovación] we have a man who has appropriated S / 280 thousand, what fear that they ask for loans, “he stressed.

The former head of MININTER also said that it is likely that the leader of Renovación Popular will end up being sentenced for defamation, after he blamed him, through his social networks, for the crime of journalist Hugo Bustíos, when the new oral trial in his against for this fact is still in development.

Reggiardo, in communication with Trade, said that after leaving the presidency of the Deportivo Municipal soccer club, the directors adopted an agreement that harmed the Lancaster company and it filed a complaint against the entity and also against him. “The Public Ministry determined the filing of this case in the first and second instance, but has reopened it. They have forged my signature in the issuance of some checks, ”he said.

The former parliamentarian argued that if Urresti wants to put this complaint on the table, it must be because “he feels like a loser.”

López Aliaga – who carried out proselytizing activities in Villa el Salvador – considered that the Podemos Peru candidate “is desperate for the role” he made last Sunday in the debate.

“Yesterday he should have appeared at the hearing for the murder of the journalist Bustíos, but he has been crazy, and I think he is going to go to jail for 25 years,” he said, referring to the fact that the oral trial of Urresti was rescheduled for the October 6, four days after the elections, due to a medical emergency involving his lawyer.

The businessman indicated that the complaint filed by the former Minister of the Interior for defamation sought to remove him from the electoral contest.

When asked if he will accept the results of the election, the Popular Renovation leader replied that he will define a position “according to what my representatives tell me.” “If I notice that there is traffic, I will also say so, I hope we win by a wide margin, after the debate it has become very clear who has proposals and who does not have even the slightest tolerance for journalism,” he said.

Point to Castillo for insecurity

The Somos Perú candidate for mayor of Lima, George Forsyth, criticized the government of President Pedro Castillo for the increase in insecurity in the capital.

“What policy to combat insecurity can you implement if the Commander General of the Police is changed five times, more than 70 ministers are [siete del Interior]?”, he stated in an interview with Radio Exitosa. He added that he will stay until the last day at the head of the Municipality of Lima, if he is elected on Sunday.

The day before, Forsyth made two tours, one in Jesús María and the other in Rímac. In this last district, he proposed the installation of municipal pharmacies in all areas of Lima, in order to offer generic medicines “at social prices”.

Chehade told Canal N that his opponent of Together for Peru, Gonzalo Alegría, should step aside from the electoral contest, after the Judicial Power granted his son protection measures, as a result of the complaint he presented against him for sexual violence in March 2021.

What are the electoral restrictions?

1. The dissemination of surveys is not allowed

As of Monday, September 26, the dissemination or publication of voting intention surveys in the media is prohibited, as established in article 191 of the Organic Law on Elections (LOE). Failure to comply with this provision can be sanctioned with fines between S/46,000 and S/446,000.

2. No proselytizing activities since Friday

From 00:00 hours on Friday, September 30, the holding of meetings or demonstrations of a political nature, including tours and rallies, will also be prohibited. Violation of this measure, according to article 388 of the LOE, is punishable by imprisonment for not less than three months nor more than two years.

3. The electoral silence from Saturday

The National Elections Jury (JNE) reported that all types of political propaganda will be suspended from 00:00 on Saturday, October 1. This includes the participation of candidates in the media. Failure to comply with this order can generate a fine between S/138,000 and S/446,000 or a prison sentence of not less than two years.

From 8 am on Saturday, October 1, the sale of alcoholic beverages is prohibited until 8 am on Monday, October 3. On Sunday, election day, between 7 am and 5 pm, meetings of voters are not allowed within a radius of less than 100 meters from the polling stations. And the ONPE has reported that on that day you must attend the vote with a mask. 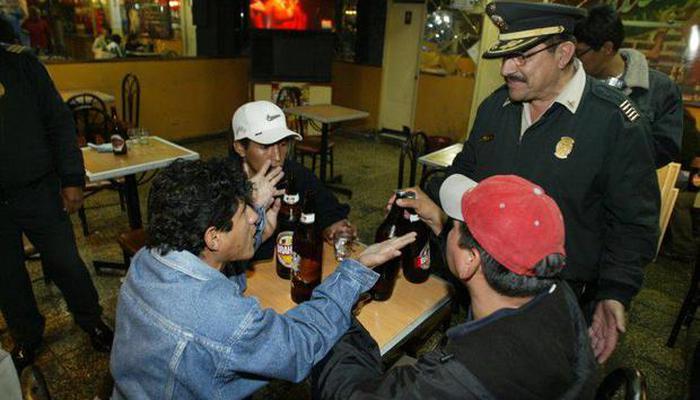 the ECOWAS delegation ends its visit to Bamako