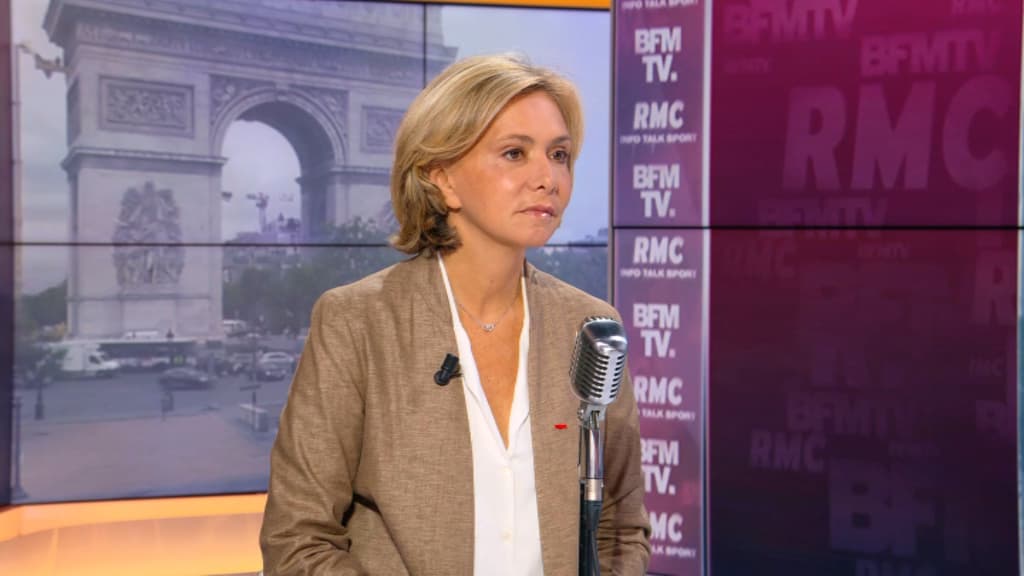 If Xavier Bertrand tries to establish himself as the natural candidate for the right in 2022, Valérie Pécresse does not intend to give him the place so easily. “We brought out a very good team from France, especially in the regions, for the right and the center,” commented the president of the Île-de-France region on BFMTV-RMC. “But not a providential man.”

“For me, it all starts today”, explains Valérie Pécresse. For the candidate, it is now necessary “that all the talents of the right and the center come together and define the rules of the game” to choose the representative of the right for the presidential election of 2022. She must give her position by the end of summer.

For Gérald Collomb, the regional elections are “clearly a failure for two parties”, La République en Marche and the National Rally. The former minister now calls on Emmanuel Macron for the presidential election, believing that there is “probably” a risk for him with the emergence of Xavier Bertrand.

“He must position himself as carrying a project for France under conditions which will be extremely difficult: we have an abysmal debt and whoever the candidate wins, he will have extremely difficult things to do”, a- he commented this morning on BFMTV.

The former mayor of Lyon urges the head of state to “perhaps be less in what appears to be tactical games and more on reflection, proposals to the French in depth.”

“The fact that the President of the Republic in the last days wanted to go to a certain number of cities, which appeared as a tactic rather than a fundamental desire to have this contact with the French, could have played a role in a rather negative sense, “says Gérald Collomb.

Xavier Bertrand calls for a rally, the day after his victory in Hauts-de-France. Always determined to run for the 2022 presidential election, he hailed on BFMTV the victories of Valérie Pécresse in Île-de-France and Laurent Wauquiez in Auvergne-Rhône-Alpes and called on them to form “a great team” with a view to of this next deadline.

“When you have a great and beautiful team from France, I am convinced that it wins,” he commented.

The lack of interest in the regional and departmental elections was confirmed this Sunday, especially among the youngest: 79% of 18-34 year olds did not go to vote, according to a survey conducted by Ipsos / Sopra Steria for France Télévisions and Radio France . It’s a little less than last week, during the first round.

If this abstention decreases with age, it remains massive, except among the over 70s, who were a majority to move on Sunday.

In the absence of success in regional, candidate ministers reassured for departmental

The candidate ministers are far from having been full of votes at the regional level, the LaREM list led by Laurent Pietraszewski having for example been eliminated in the first round in Hauts-de-France. The presidential majority can however be consoled with the departmental, where the four candidate ministers were re-elected.

“We take the same and we start again, in the greatest indifference”, sums up the daily The mountain after the second round of regional and departmental elections this Sunday.

Because for all of the national and regional press, this election is above all that of the “status quo”, difficult to read with less than one in three voters who moved on Sunday, as little as in the first round.

“From one ballot to another, the political map of France of the regions does not move one iota. All that for that!”, Notes Le Figaro like many other titles.

So, “elections that don’t change anything”? maybe, estimate The cross, who is especially worried, like all the press, about the consequences of a record abstention. “The abstention can be explained in a thousand ways but can be summed up in one: people did not have much to do with these elections”, summarizes L’Union.

“This tragedy must challenge all political forces”, launches for his part Release. The political system “is at the end of its rope”, is still alarmed West France for whom it is high time to fix it.

“Everything happens as if the social bond and the bond between generations were broken. Nobody can resign themselves to it,” also judges the editor of La Croix for whom, “greater modesty on the part of the winners of Sunday evening would have been welcome “.

Moreover, it is difficult to speak of “winners”, and several newspapers insist above all on the losers, starting with democracy.

In Paca, Renaud Muselier and the Republican front deprive the RN of a region

In unfavorable waivers, Renaud Muselier, outgoing LR president in Provence-Alpes-Côte d’Azur, finally deprived the National Gathering of the only region in France that the far-right party seemed to be able to win.

After Jean-Marie Le Pen, three times candidate of the National Front in the region (in 1992, 1998 and 2010), then his granddaughter, Marion Maréchal-Le Pen, in 2015, it is Thierry Mariani, former Republican and ex -minister of Nicolas Sarkozy, who failed in his challenge to win the region for the party now led by Marine Le Pen, the daughter of the founder of the movement.

Outpaced by 4.5 points in the first round by the European deputy RN (36.4% against 31.9%), Renaud Muselier largely made up for lost time to finally win by nearly 15 points, with 57.3% of votes. The environmental candidate Jean-Laurent Félizia, who came third in the first round, had withdrawn in his favor.

“I won, we won”, “the logic of unity” has “denied all the forecasts”, declared the president of the Regions of France, insisting on the “logic of gathering” that he had initiated before. the first round including including Walkers on his list.

A second round marked by an abstention still massive

Hello everyone and welcome to this live dedicated to the results of regional and departmental elections. The second round of this Sunday confirmed a massive abstention and the bonus given by the voters to the outgoing LR and PS. It also marks the failure of the RN to take a region, including Paca, its best chance ten months before the presidential election.

Despite repeated calls for a vote from the political class, two out of three voters still shunned the ballot box for a record abstention, around 66%, a figure almost identical to the first round.