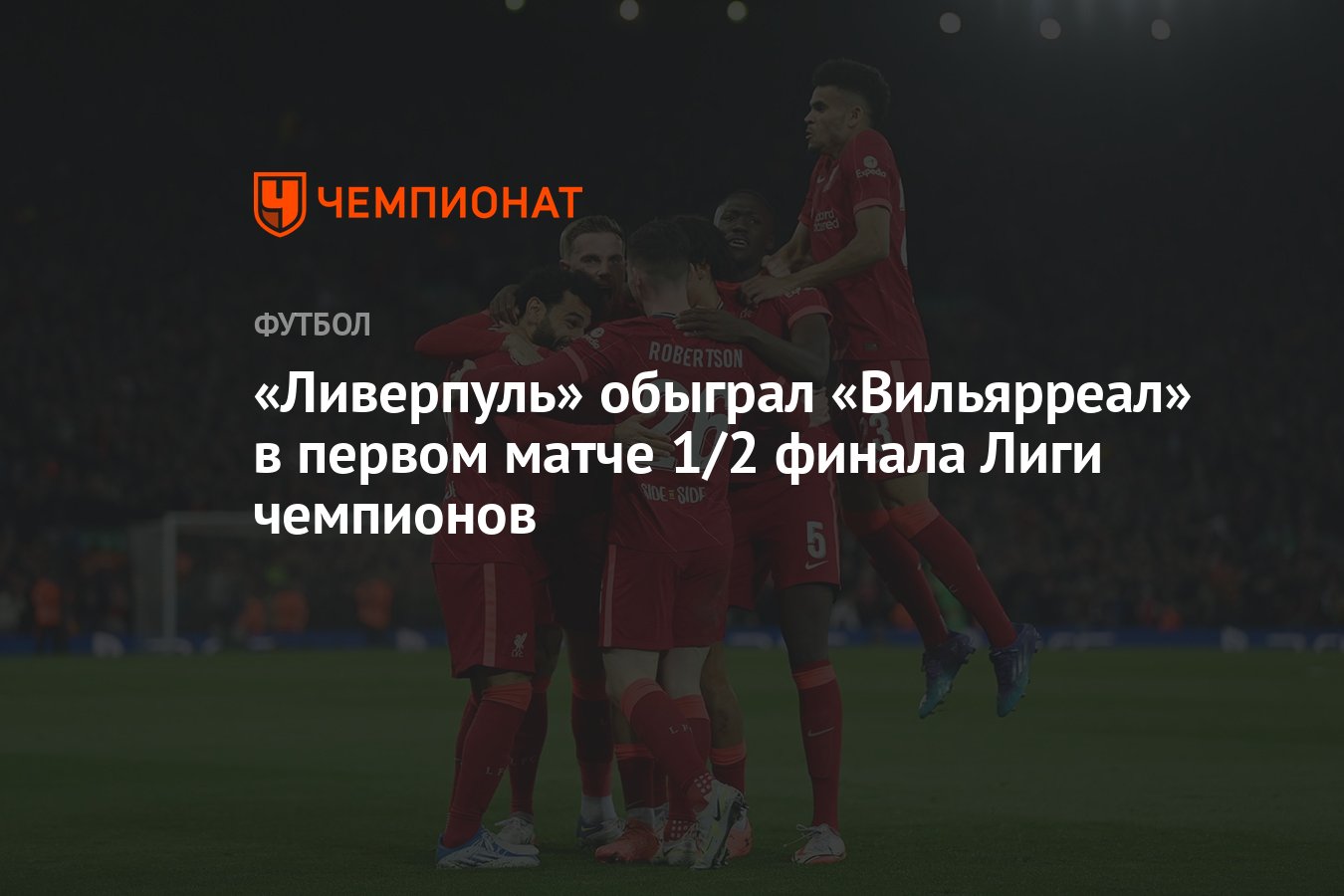 Today, April 27, in the first match of the 1/2 finals of the UEFA Champions League of the 2021/2022 season, Liverpool met with Villarreal. The game was held at the Anfield stadium in Liverpool (England) and ended with a confident victory for the hosts with a score of 2:0. The meeting was served by the Polish team of referees, headed by Szymon Marciniak.

The first half of the match “Liverpool” – “Villarreal” ended with a score of 0: 0, but on the side of the team Jurgen Klopp there was a significant statistical advantage. During the first half of the meeting, the Merseysiders made 15 shots on the opponent’s goal, while the Spaniards – only one. In addition, in the first half, Liverpool possessed the ball 63% of the time and chalked up a hit in the Villarreal goal frame.

Liverpool opened the scoring in the 53rd minute. Jordan Henderson served from the flank, and the Villarreal defender Purvis Estupinyan put his foot up and cut off the ball “by the collar” to his goalkeeper. In the 55th minute, Liverpool doubled their lead on the scoreboard. The scorer was Sadio Maneassisted him Mohamed Salah. At the same time, the Merseysiders scored a few more goals, which were not counted due to offside. The referee’s final whistle signaled Liverpool’s 2-0 win.