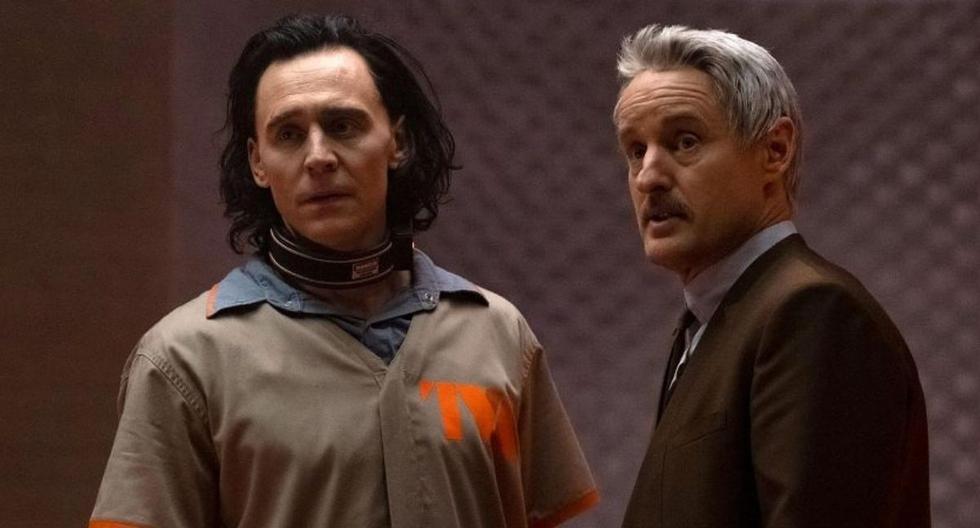 Episode 1 of “Loki”, The new Disney Plus series about the MCU, introduced us to the Time Keepers and their Time Variance Authority, which establishes them as a force to be reckoned with in the universe from Marvel. Time travel is complicated, and the central problem is that it is largely theoretical and, as a result, very few stories that dabble in the concept manage to be consistent with the rules.

MORE INFORMATION: Absolutely everything about “Loki”, the series of the ‘God of deception’

In fact, Marvel learned that lesson with “Avengers: Endgame”, whose model of time mechanics was so confusing that writers and directors disagree on how it worked. While, “Loki” continues to develop the MCU’s time travel model, introducing viewers to the Time Variance Authority (TVA), a group that considers it their responsibility to keep an eye on the “Sacred Timeline”.

“The Avengers” may have cleared up most of the loose ends they created when they traveled in time to collect the Infinity Stones, but one branch remained, the one where Loki escaped with the Tesseract. The VAT has stepped forward to prune that particular branch, bringing this variant of Loki to his nameless city for judgment. But who are TVA and what gives them the right to decide the past, present and future of the MCU? Here’s everything that was revealed about the history of the MCU’s Multiverse, the Time Keepers, and their agents, the TVA.

MORE INFORMATION: Who is the mysterious hooded man at the end of episode 1 of “Loki”

WHO ARE THE KEEPERS OF TIME AND WHAT IS TVA

THE MULTIVERSAL WAR AND THE TIMERS

According Miss Minutes, the timeline is naturally chaotic. Any moment has the potential to be a so-called “Nexus Point”, where a branch is created; the adorable tva mascot suggests that a person could create a branch by doing something as spectacular as starting an uprising, or as mundane as being late for work. Given that is the case, it is reasonable to assume that originally there were untold billions of unique timelines, some only slightly different than the one we know of, but others certainly much more bizarre and surreal.

Unfortunately, Miss Minutes explained that the different branching timelines noticed each other, resulting in a Great Multiversal War. “Countless unique timelines fought each other for supremacy”explains the pet. This war was apparently on the verge of destroying all time and space, and without a doubt it is the Easter egg from the 2015 “Secret War” mentioned by lead writer Michael Waldron in the comics, which saw all of Marvel’s timelines collide in interdimensional conflict.

The Guardians of Time They “emerged” bringing peace to the Multiverse by rearranging all of existence in a single timeline. These powerful beings are essentially the gods of the TVA, considered omniscient and omniscient, and their job is to keep the timeline in accordance with their will. Loki is not exactly subtle in this analogy, since TVA explicitly refers to the “Sacred Timeline”; that is, the one that is in accordance with the will of their gods, and God Trickster himself feels the power that his own Time Variation Authority.

Likewise, the Time Keepers do not have a direct analog of the comics themselves, although they are adapted from a minor concept that appeared in various issues, such as Thor # 282. Seen through a cynical lens, these are likely the beings who triumphed in the Multiversal war and were consequently able to impose their will on all of creation. They justify their dominance by insisting that they are preventing another multiversal conflict, but in reality they are simply enforcing their rule.

MORE INFORMATION: Explanation of the post-credits scene of “Falcon and the Winter Soldier”

EXPLANATION OF THE TIME VARIATION AUTHORITY

The Time Variation Authority they are the time enforcers, responsible for keeping an eye on the Multiverse and ensuring no new branching timelines are created. They are essentially bureaucratic, obsessed with their own processes and continue to apply them without stopping once to question them.

Arthur C. Clarke claimed that any sufficiently advanced technology is indistinguishable from magic, and it is testament to the scientific wonders of TVA that even Loki wondered if they were using magic when he looked at the city they live in. That, more than anything else, indicates how advanced they really are; even someone who grew up in Asgard can’t believe the evidence in his eyes.

TVA’s house seems to be out of time somehow, but episode 1 of “Loki” tries his best to avoid naming her. This will surely fuel speculation that they are actually based in the city of Chronopolis, which, in the comics, is located in a realm called Limbo and is heavily associated with the villain Kang the Conqueror. The comic book version of Chronopolis allows access to all time and space, with portals and doors that can be used to travel the Multiverse, very similar in design to the doors used by the Time Variation Authority. It’s interesting to note that some of the properties associated with Limbo in the comics have been attributed to the Quantum Realm in the MCU, and “Ant-Man & the Wasp” featured a brief glimpse of a city in the Quantum Realm that resembled the Chronopolis from the comics.

However, wherever they are located, TVA’s main responsibility is to monitor the timeline for evidence that new branches are being created. When a nexus is identified, they step in to arrest the culprit and use their technology to destroy the branch. There seem to be limits to his powers; when Mobius visited France in 1549, he was told that he had to act quickly because that particular anachronistic branch was “approaching the red line.” It is reasonable to assume that it is much easier to destroy a fledgling timeline than one that goes through the “red line”, which is already stable.

Finally, the TVA considers itself a force for good; That is very clear in the Miss Minutes presentation, where the variants are caricatured as sinister and the agents are praised.

HOW TO SEE “LOKI” ONLINE VIA DISNEY PLUS

The first chapter of “Loki”, the third Disney and Marvel series, premiered on Wednesday, June 9, 2021 through Disney +.

As for the schedules, they will be the same as the nine episodes of “WandaVision” and the six of “Falcon and the Winter Soldier”, depending on the country, that is, in Spain, it is available from 9 in the morning , as in France, Italy, Germany and Sweden.

WHAT WILL HAPPEN IN “LOKI”

The Disney + series takes place after “Avengers: Endgame,” where Loki steals the Tesseract during the 2012 events of “Avengers.” The God of Deception uses the Tesseract to travel through time and alter human history.

Apparently in the first trailer, Loki will arrive at a place where he will have to deal with the TVA or Time Variance Authority. In the clip, the character of Owen Wilson also appears with the protagonist in an elevator.

In August 2019, Herron stated that the new fiction “would take Loki to a whole new part of the MCU,” as reported by IGN. Meanwhile, Waldron said he would “explore the questions we all have: where did Loki go after collecting the Tesseract? Could Loki ever make a friend? And will the sun shine on him again? “