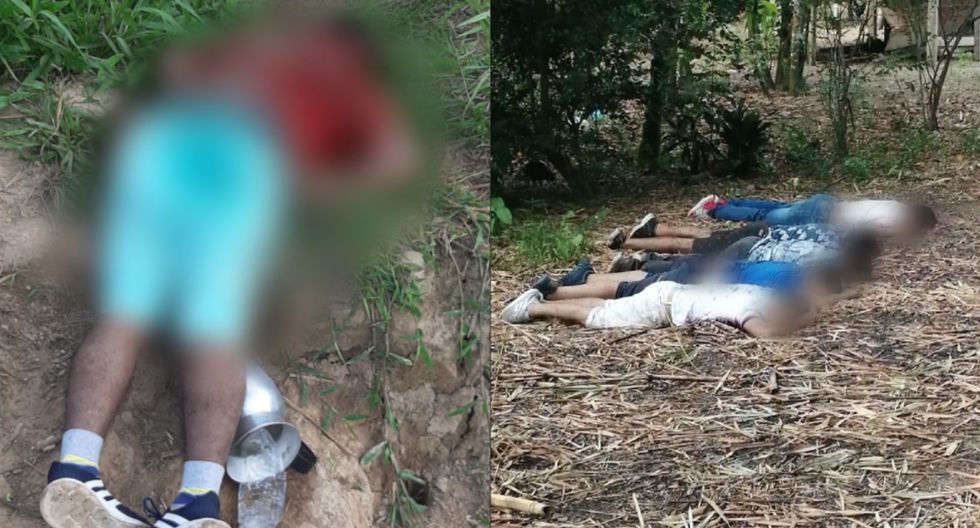 Five Colombian citizens and one Brazilian were shot dead in the Putumayo River in the region Loreto, on the border of the border with Colombia. As reported by the Police, it would be a confrontation between remnants of the Revolutionary Armed Forces of Colombia and drug traffickers who dispute the domain of that territory and the channel for sending drugs.

People from the Puerto Lupita sector of the Lieutenant Manuel Clavero district told the Police that they heard the detonation of bursts for a long twenty minutes and then a total silence.

Hours later the villagers made their way to the point where the shooting came from and found the lifeless bodies of six men. All had between six and ten bullet impacts in different parts of the body.

By the position of how the bodies were found, in a row and face down, they would have been executed, an officer explained.

According to preliminary police investigations, foreigners would have embarked on a boat at the pier of Puerto Leguizamo, in Colombia, which is in front of the Puerto Lupita sector, and when they reached the other side of the shore in Peruvian territory they were shot .

The victims, whose ages range between 22 and 30 years, have not yet been identified. According to the Police, the clashes in this area are constant since the Putumayo River is used as a route by drug traffickers to send drugs to Brazil,

It was reported that on the side of the port Leguizamo there would be three other bodies.

A lagoon “dyed” in black to avoid regrouping during confinement

Despite Corona: psychotherapy via video consultation Politicians want to wear a mask in certain areas