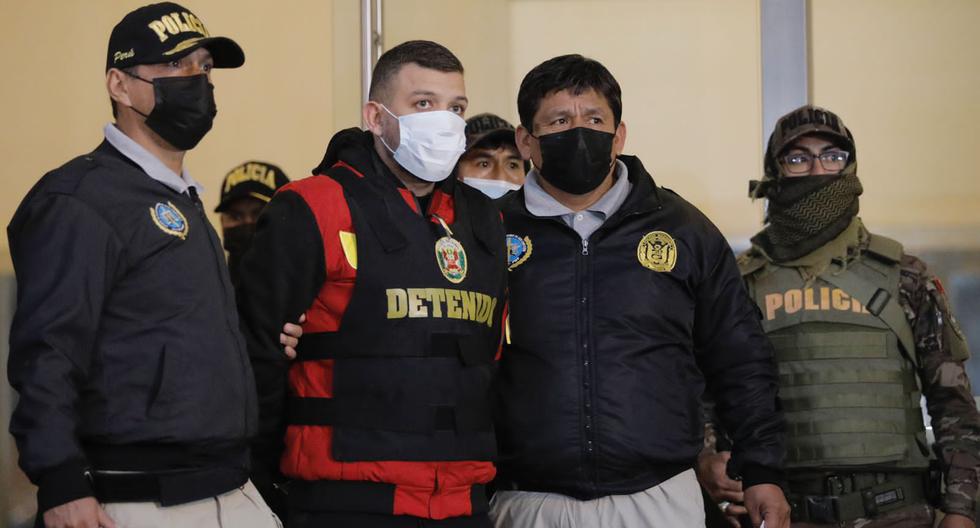 This organization, also known as ‘Los Charlys de San Miguel’, was dedicated to steal high-end vehicles and process original plates. After changing the license plate on the cars, they were sold to third parties. The Diviac became aware of the actions of this criminal network since 2019. According to the investigations, they would have processed approximately 500 plates in all this time.

READ ALSO: “Los Gamas”: they dismantle a gang that stole luxury cars, changed the license plates and then resold them | VIDEO

250 police officers and 13 prosecutors from the Specialized Corporate Prosecutor’s Office against Organized Crime participated in the mega-operation.

“It has been possible to intervene this gang dedicated to stealing vehicles valued at more than 50 thousand dollars. Its purpose was to process a new plate and sell them later at a lower price”, said the commander general of the PNP, Luis Vera Llerena.

The police detailed that each of the members of the criminal organization ‘The Ranges‘ was carrying out a specific criminal activity. One group of them, for example, was dedicated to steal modern or luxury vehiclesafter following up their victims for a few days.

Immediately after committing the crimes, other members were assigned the task of locating vehicles with the same characteristics as those stolen. Upon finding them, the criminals took photos of them and found out who their owners were.

Immediately afterwards, they appeared at a police station or police station with a power of attorney, pretending to be the owners of the cars and filed a claim for loss of license plate and property card.

After this, the members of the gang approached the National Superintendency of Public Registries (Sunarp) and processed the original plates. The investigations carried out by the Diviac determined that to date the criminal network managed nearly 500 license plates without their owners knowing or authorizing it.

Once the criminals obtained the property cards and original platesthey placed the latter in the stolen vehicles to proceed with its sale through social networks. The police also determined that in many cases they already had buyers with whom they had previously arranged.

Also, a certain number of stolen vehicles they were rented to other criminal organizations.

“The gang has been operating very secretly. Although their members were few, they had high power and influence. We are looking at which officials contributed to the fact that these plates have come off the Sunarp. These plates were placed in stolen vehicles in Miraflores, San Isidro and other areas of Lima and then sold to other criminal organizations or people who knew of their illicit origin”, said the head of the Diviaccoronel PNP Franco Moreno.

In total, seven people were intervened during the mega operation. These were identified as:

All those intervened are investigated for various crimes: criminal organization, ideological falsehood, forgery of documents, as well as extortion and/or aggravated fraud.

READ ALSO: “They threw a cachazo at me”: businessman withdrew S / 14 thousand from a bank in Breña and was robbed a few minutes later by armed thugs

Who is Fritz Moreno?

Fritz Antonio Moreno Cossio is syndicated by the National Police as head of the criminal organization ‘Los Gamas’. His capture took place on the 25th floor of a building in Santiago de Surco. It is worth specifying that Moreno also belonged to the band ‘Los Malditos de Bayóvar’and is involved in crimes such as contract killings and criminal organization.

Moreno was identified in March of this year as one of the visitors of the house located in the Sarratea passage, in Breña. It even appears in photographic records with President Pedro Castillo inside this house.

The Diviac began to monitor it when it found that 510 procedures were carried out before Sunarp and before the Automotive Association of Peru.

“We understand from the investigations that he has belonged to Los Malditos de Bayóvar, he has investigations by that organization and the background is in the records. Like any person, he is evasive and has wanted to evade his responsibility. But the Police is always prepared, we with proof, evidence, we are going to verify that this person is part of the organization “said Colonel PNP Franco Moreno.

Moreno He is also accused of being the intellectual author of the murder of the son of the former mayor of San Juan de Lurigancho, Juan Burgos.

“This subject has a criminal history of many years. He was also a member of ‘Los Malditos de Bayóvar’, he was the leader of groups of extortionists, assassins and carried out violent assaults. He was a very dangerous subject.”detailed Colonel Franco Moreno.

New Bookshelf | “The Heart of the Red Chamber”: Jia Baoyu’s beating and the “recency effect”