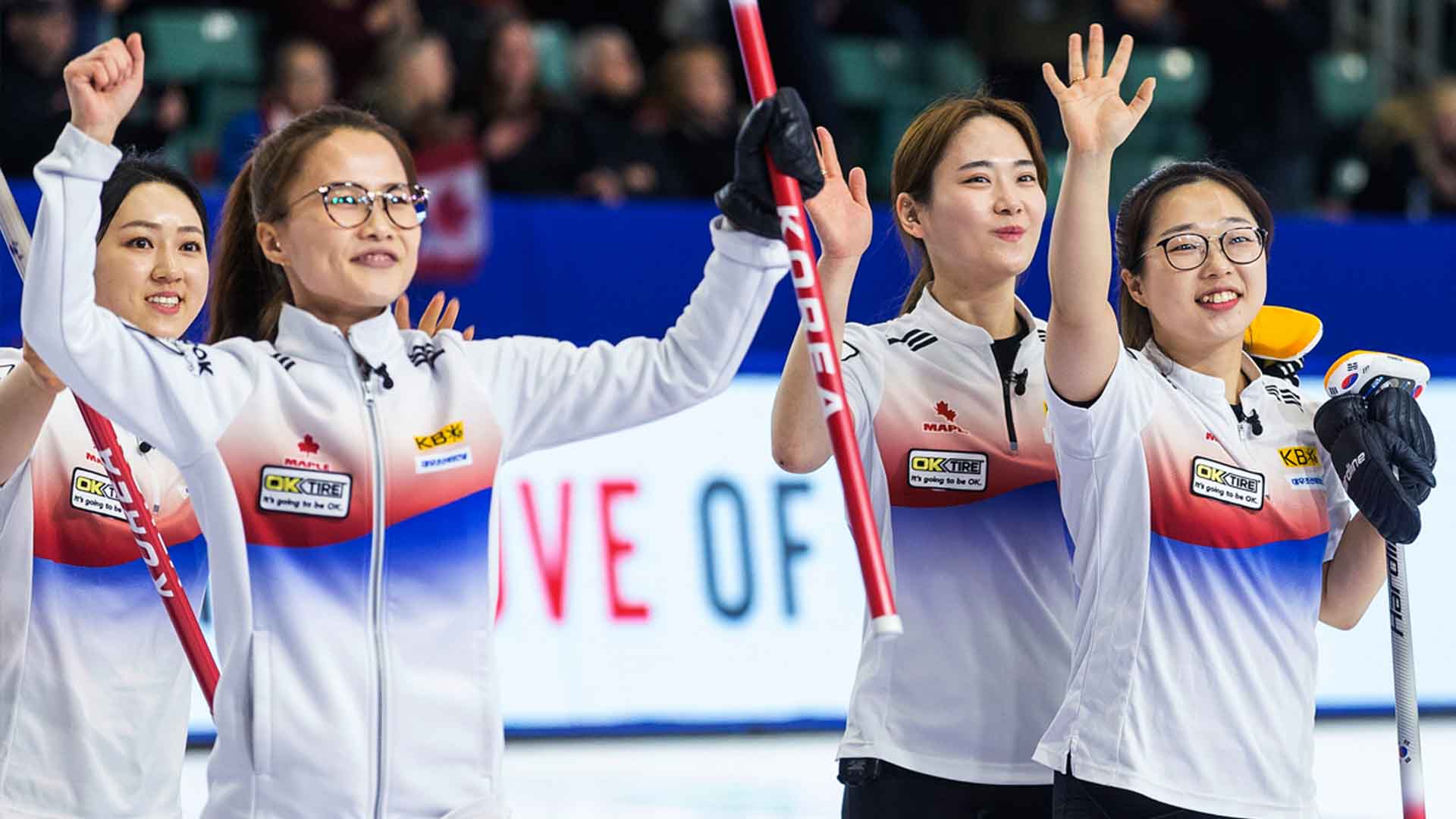 Although they lost the gold medal by one point to Switzerland in the final, they achieved the best results at the world championships in Korean curling history.

As Switzerland made a series of mistakes in the 7th end, Team Kim, captain Eun-jung Kim, brought two points from a draw without missing a hole.

They succeeded in making the score tied by conceding a lot in the beginning of the game.

The last 10 ends that entered the 6-6 by exchanging one point each in the 8th and 9th ends.

Tim Kim, who took the lead, desperately piled up stones for defense, but in the end, Switzerland, who was behind the scenes, pushed them all out with the last stone to reach the finish line.

Team Kim, who made it to the finals of the world championship for the first time in Korean curling history, lost 6-7 after failing to surpass the powerhouse Switzerland.

The Swiss national team ‘Tim Tirinzoni’ succeeded in winning the championship with 14 wins, including 12 consecutive qualifiers.

Although he missed the championship by just one point, Tim Kim fully enjoyed the joy of winning the silver medal at the first world championships in Korean curling.

Six people including the manager made the trademark ‘curling star’ and spun around the crowd to celebrate the runner-up.

Tim Kim, who lost two consecutive Olympic medals due to failure to advance to the quarterfinals of the Beijing Winter Olympics.

After a month, he fully revived at the World Championships, proving his world-class skills again.