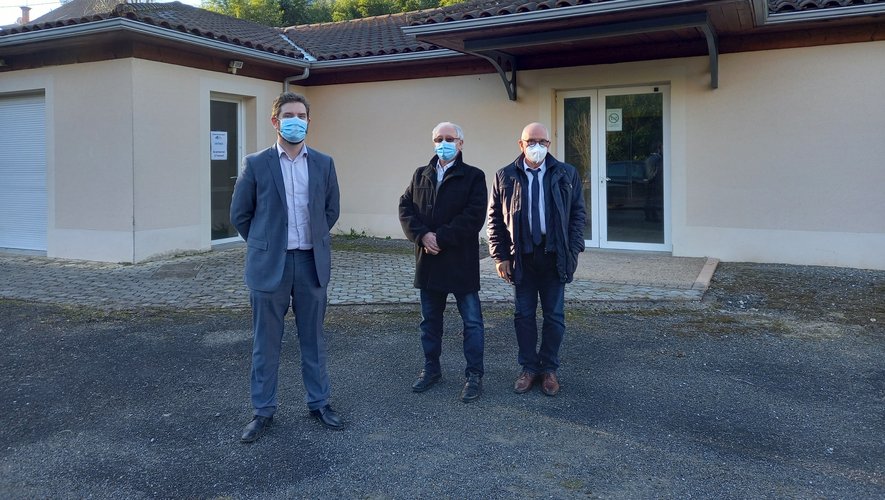 the essential
Installed since April 2021 at the Londieu bowling alley, the vaccination center is moving and reopening its doors this Friday in the former premises of the Handi-Aide aux Carmes home.

Occupied for almost nine months by the city’s vaccination center, the Jean-Pramil de Londieu bowling alley will be able to return to normal activity from Friday to the delight of the many Figeacois players. The vaccination center has just been transferred to rue des Carmes, in a building adjoining the former home of the Handi-Aide association, now located in Panafé. Unoccupied premises are made available free of charge by the association which has put up for sale all the well-known buildings in Figeac, such as the former Hôtel Tillet.
The location close to the city center and the hospital, and directly opposite the municipal car park of Les Carmes convinced the director of the hospital center, Raphaël Lagarde, who had been looking with the town hall for a few months already, for a fallback solution.

“We wanted to find a new layout for the vaccination center because today’s needs are not identical to those of yesterday,” he explained on Thursday during a visit to the site. layout. “This building will make it possible to offer better comfort, particularly thermal comfort, to people who come to be vaccinated and to all the staff who provide them with reception,” added the mayor of Figeac, André Mellinger.
After a quick move and major cleaning carried out overnight, the new vaccination center should open this Friday, January 28 at 8:30 a.m. Patients who had already made an appointment via the internet were informed by the Doctolib platform. The city’s technical services have also installed large signs to indicate the entrance to the site and the recommended parking in the Carmelite car park.
The vaccination center operates “adapting to demands” with half-day openings organized according to the vaccine administered: Moderna for those over 30, Pfizer for those under 30 and Pfizer pediatric for those under 30. 11 years old. “Around 60,000 injections were carried out in Figeac. We have a relatively good vaccination rate in the sector,” said Raphaël Lagarde. Twenty children aged 5 to 11 were vaccinated on Wednesday January 26, a first in Figeac. A second half-day dedicated to children must again be organized within three weeks. “General demand is decreasing a little bit due to the resurgence of the Omicron variant. This should smooth out in the coming weeks,” concluded the hospital director.

“This is Habacilar”: How many rating points did it reach after its premiere? | entertainment | nndc | BOCONVIP