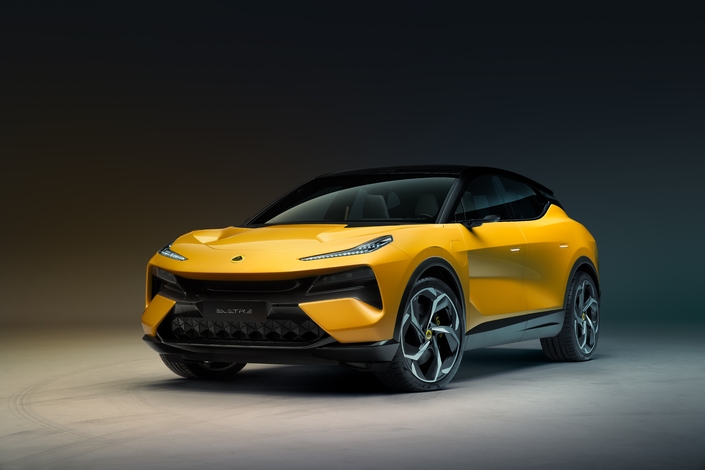 Lotus continues to build its new range. Only a few months after the Emira, which replaces the Elise, Exige and Evora, the British firm presents the Eletre. And there, we are in a completely different register: forget the little sports car, make way for the SUV!

Lotus is in turn launching an assault on this juicy market, with however one hell of a bias: the Eletre is 100% electric. Between the batteries and the imposing size of the machine (5.10 meters long), we are far from the “light is right” dear to Colin Chapman, founder of Lotus. But the brand, which clearly wants to get out of its historic niche of small sports cars, is responding to two current trends.

With its angular lines, the Eletre is reminiscent of the Lamborghini Urus, an impression reinforced by a similar presentation color. Difficult to recognize a Lotus product, but it is true that it is the first model of its kind from the brand, which is in full evolution of its design. Part of the front lighting is hidden at the level of the air intakes. At the back, it is the same, with just a visible headband. The stern is massive, with side glazing that stops quickly.

Inside, there is no question of keeping a semblance of tradition as labels like Bentley or Rolls can do. Lotus is fully focused on the future with a presentation that is reminiscent of Tesla. There is thus a huge 15.1-inch screen as a central console. There remains a small instrumentation facing the driver.

The Eletre relies on a sporty atmosphere with bucket seats. The model is even presented in a four-seater configuration, with two enveloping seats in the back separated by a large console, which incorporates armrests and a screen. A three-seater bench seat will be offered.

The Eletre will be produced in China.

Judicial siege of Colau for irregularities in aid to related entities

24H on GAMERGEN.COM: the new PlayStation Plus, Zelda: Breath of the Wild 2 postponed, and Xbox Live Games with Gold offers