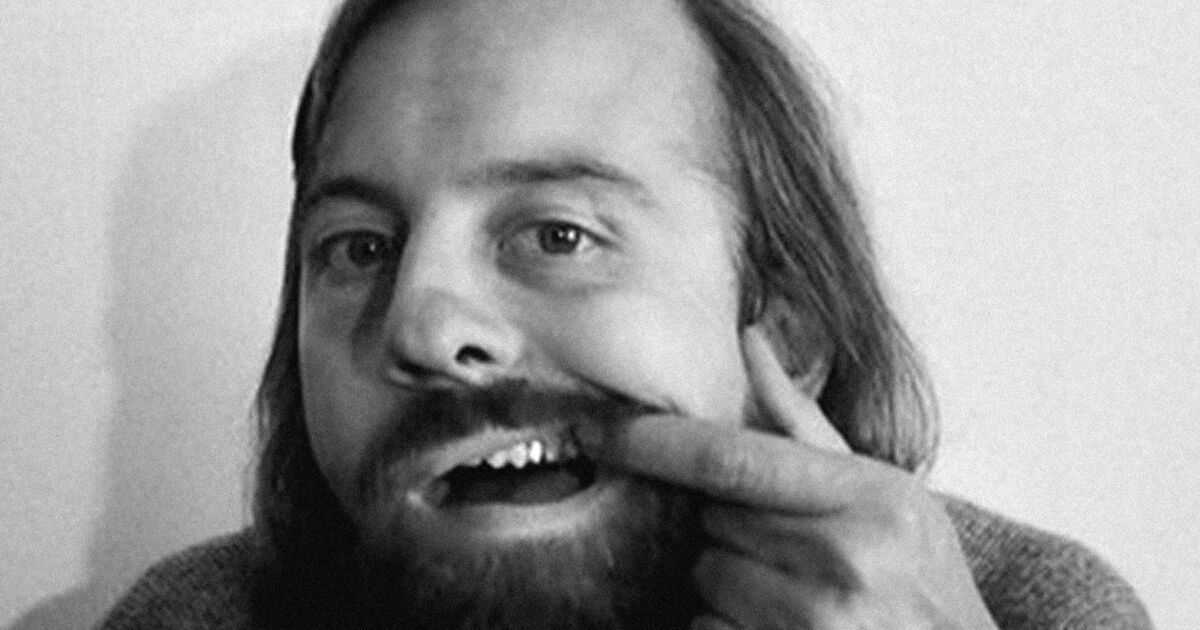 “I am fiercely against the elevator, moreover, I always calculate the time that a visitor takes between the moment he rings the intercom and the moment he enters my home, it gives a brief overview of his condition. health.” Suffice to say that we did not give much of our score by going to meet the inenarable Luc Moullet to whom the French Cinémathèque pays homage until the end of the month. There is no doubt that his formidable handling of numbers and his tongue-in-cheek entomologist precision would not have spared us, if we had not passed him on the stairs, climbing the five floors with an alert step, to almost 84 years. Even if the effects of age, he laments, now prevent him from surveying the roubines of his beloved Southern Alps, these badlands rugged and riddled with faults, which provide a majestic and wild backdrop to several of his films, Black lands (1961), his second short film, in his last feature, the land of madness (2009).

“I have always been a follower of the politics of heights”, he agrees with a smile, time to let our ex-smoker’s lungs catch their breath. We recognize there the playful humor and this same sense of the formula which unstoppably hit the mark in his Memories of a rebellious bar of soap, a formidable self-portrait of some 400 pages, published at the beginning of the summer by Capricci editions, forming a cheerful and stimulating counterpoint to the retrospective of his unclassifiable work.

But beyond the play on words and the wink linking this attachment for steep landscapes difficult to practice with the famous cinephile credo of “the policy of the authors”, ardently defended by the Cahiers du cinema, From the age of 19 he was one of the most lively, erudite and funny feathers, the formula also puts us in the scent of a tightrope walker, both earthly and lunar, alternately evasive, laconic or precise lavishing a rush of details , like so many pitfalls to drown the fish, more elusive and slippery than the famous soap to which it will definitely not have stolen from being compared.

“Marxism and Taylorism, vagina and clitoris”

In his Dictionary of filmmakers, Georges Sadoul saw in him “The maverick of French cinema, a work on the fringes, all with humor and nonchalant rigor”. Any definition, as correct as it is, is reductive, but let us recognize that it has been able to mark out in a few words (margin, humor, nonchalance, rigor) the path of authentic originality – in the sense that we say of someone. ‘one that he is an original -, a cinema unlike any other, singular and eccentric, observer in still waters of a world on which he gazes both frontal and oblique, to sometimes reveal its grace, “Idiocy”, but above all what goes askew and askew. How to deal with reality which, by nature is what we bump into, what resists? By the comedy claimed, of course. Make “Films that make people laugh on serious subjects, Marxism and Taylorism, vagina and clitoris”, summarizes Moullet on the back cover of his book. But above all by cunning, practicing a smuggling cinema – hence the title of his second feature with very Rivettian playful tones, the Smugglers (1967), sounding like a profession of faith. “The filmmaker’s brother is not the novelist, the painter or the musician, but the smuggler as Scorsese and the Swiss wrote, the one who must work quietly without showing his intentions, by passing the real object of his film for something else, just as the smuggler has to pass off cocaine for salt […]. The principle is to pretend to be diluted in a known genre, which reassures everyone, and to turn what goes through your mind. “

If Moullet has crossed all genres by diverting them, like so many masks – the false western with An adventure of Billy the kid, the fake “porn” with Anatomy of a report, the fake policeman with In the field of honor, the fake tourist film with Foix, or animal with the Empire of Medor, the politico-societal documentary with the genesis of a meal and even the fantastic with Longstaff’s Phantom – one would be hard pressed to define precisely his work as it exceeds the formats: feature films or short films, fictions, even autofictions, critical essays of astonishing radicality, films of room, of plein air (Parpaillon) or dark rooms (the Seats of the Alcazar, hilarious comedy about the feud between critics of Cinema notebooks and of Positive), cinema surveyor, tireless hiker …

“Morality is a matter of tracking shots”

Moullet is an enigma which seems to have arisen several times. A first in 1937, within a loving but somewhat dysfunctional family, with a slightly paranoid, anti-Semitic and «militant pro-nazi». We would like to know a little more. “Oh that’s the story, he was sentenced to death in 1944 and acquitted in August 1946. He had to go into hiding for two years. Since he knew that the police could disembark around 5 am, he had to go and sleep elsewhere every night. Finally he was stung when he left his lawyer and spent six months in jail. “ We open round eyes. “It was especially my brother who suffered from it.” And him ? “Since I knew my family was a little weird, I was compartmentalized, I never talked about them and I avoided bringing friends over to the house. One day, Truffaut ran into my mother on the phone and tried to find out who that pretty voice was, I cut it short by saying it was extra-cinematic. It wasn’t very nice of me. ” We will not know more. But we can guess, in the background, the weight of such a heredity on the desire to escape and escape, which will therefore doubly polarize his existence: on the one hand, the geography that he first discovers through maps and atlases, deciphered before even knowing how to read, and, on the other hand, the cinema which will soon occupy most of his time. “I started seeing films from the age of 9, French Screen dedicated the December 1945 issue to the fiftieth anniversary of cinema. I knew him by heart. ”

Later, by assiduously attending the Latin Quarter film club and the Cinémathèque on avenue de Messine, he met Rohmer and a new magazine with a yellow cover, where a handful of young critics debunked the old ones. dusty moons of “French quality”. He wants to be (“I saw all the films”), but Bazin, uncompromising, retouches his first articles (on Buñuel, Nicholas Ray and Cukor). Finally, his mastery of English, his in-depth documentation on still unknown filmmakers, such as Edgar G. Ulmer, and his humor eventually opened the doors of Cinema notebooks. Godard particularly appreciated the incisive formulas of which the new recruit was lavish. “Morality is a matter of tracking shots”, Moullet had written in a paper on Fuller, as if to hammer home the preeminence of a cinema staging against the slew of uninspired “contenutist” directors. The author of Pierrot le fou will divert it with genius in an illustrious reversal: “Traveling is a matter of morality”, this time emphasizing the ethics of the gaze implied by a movement of the camera …

The chapters of his autobiography in which Moullet pays homage to the “gang of five” (Truffaut, Rohmer, Rivette, Chabrol, Godard) and to his youthful years teeming with tasty details are the most moving. If everyone was undeniably important to him, it is to the Swiss filmmaker that he owes his time to directing. “I had just written a long article on Breathless and Jean-Luc invited me to the cocktail party, he introduced me to his producer Georges de Beauregard, as he had already done for Demy, Rozier, Rivette or Varda. The success of the early New Wave films was such that it was very difficult to refuse to make one when writing to Notebooks.» The punk grace ofOvercooked steak (1960), the first short film made with bits of string inaugurates a chaotic filmography, often in minimal production conditions, which he details through the menu in his memoirs, giving full measure to the quirky comic and irony of his staging.

Just as his critical writing claimed a freedom, escaping the formatting of schools of journalism (the use of the “I” for example), Moullet very quickly would play in his own films, becoming a body-cinema, with freshness. unprecedented, perfectly irreducible and indefinable. Between a burlesque à la Keaton, a mixture of autofiction, of incongruous presence in the frame, he opens a new, almost naive look at the world, of which he contemplates the absurd mechanisms, in an often undecidable zone between the game and the intimate, cunning and innocence, the mask and the baring – evidenced by the brilliant and very eustachian Anatomy of a report (1975), co-produced with Antonietta Pizzorno (his partner for fifty-two years), questioning man-woman relations at the time of the MLF and the movements for the liberation of morals. To the point of staging his own disappearance in the Prestige of death (2006). In the style of farce, obviously, because such is the elegance of this cinema, whose sagacity will always be dressed in a willingly buffoonish lightness and a powerfully liberating irony.

Luc Moullet retrospective at the Cinémathèque française (75012), until September 30.