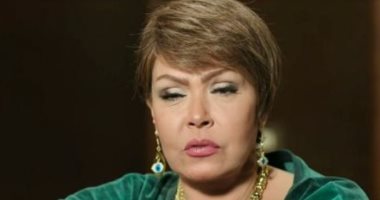 The Seventh Day TV presented special coverage, prepared by Ramy Nawar and presented by Raghda Bakr, about the artist Lucy, the search engines and social networking trends, after a video of her spread at a party on the North Coast while she was singing, and she was criticized for allegedly saying one of the words out of the music. She sings on stage.

And the artist Lucy confirmed to Youm7 TV, in a phone call, that her appearance on the stage was not in a mass party that greeted her, but on the birthday of one of her friends and in the presence of a number of artists, including Muhammad Fouad and Mustafa Hajjaj, and that she went up to the stage to greet the audience and say, “The sweetest people are the most beautiful people.”“.

She said: I used to sing on stage and around my friends, and I used to live in their neighborhood and say, “The sweetest, the sweetest, the sweetest of people.” .. By saying the best people are the best audience, I have a good vocabulary, what do I do.. But the microphone had a technical defect that cut the sound in some words, and that is why some people misunderstood the topic.”?

And the artist Lucy sent a sharp message to those who published the video, saying: “This is the job of the Brotherhood, they are the kings of montage, the Brotherhood are waiting for Egyptian artists. The rolling video has been subjected to montage, and this is not the first time I am exposed to this situation.”“I respect myself and I respect people.”