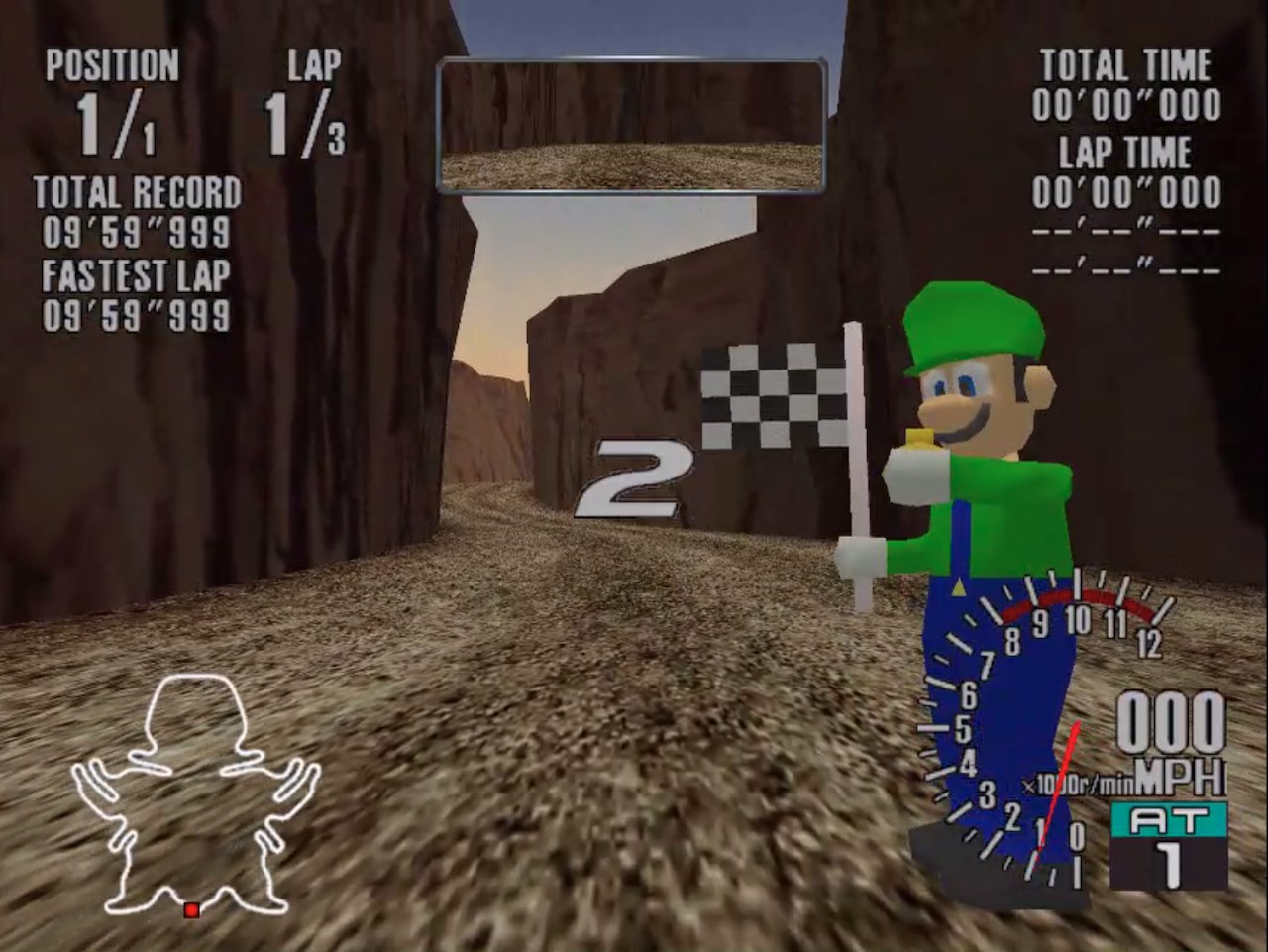 Regarding Sega’s dreamcast racing game “SegaGT Homologation Special”, it seems that a prototype version in which Luigi appears has been unearthed and has become a hot topic for some reason.

“SegaGT Homologation Special” is a racing game developed by Sega and released for Dreamcast in February 2000. The year after “Gran Turismo 2” for PS1 was released, it was released as a super-real race simulator as if to compete with it. It recorded more than 100 types of vehicles from real manufacturers, and featured beautiful graphics that utilized the power of Dreamcast, as well as the behavior of the vehicle by physics calculation based on automobile engineering. Since then, PC and Xbox versions have also been released.

On September 18, Laurent C, a researcher and collector of Dreamcast titles, donated prototype data to Hidden Palace, which is working to preserve video game development materials. And it is said that Nintendo’s Luigi appears in that version.

According to Laurent C, this prototype version was built on June 15, 2000 and is a prototype for localization. At this point, the overseas version has not been released yet, so it seems that it is a build aimed at that test. Although it is actually playable, the Internet item in the main menu is arranged for debugging, and you can directly specify any car model or course to race.

From the debug menu, you can select and play a course called “Sony GT2 COURSE” that is not included in the product version. It is a lap course with a layout that connects “Pikes Peak” recorded in “Gran Turismo 2” and its reversal course. And at the start of the race, Luigi is somehow in charge of the start flag.

The hat doesn’t have an “L” mark, but the green shirt and hat, blue overalls, big nose and mustache are just the features of Luigi. Luigi stood diagonally in front of the car before the start and checked the clock. Then, he shook his head in time with the countdown to take the timing and shook the checkered flag down.

It is unknown exactly why Luigi appears in the prototype version of this work. However, the fact that it was not recorded in the product version is not a formal collaboration with Nintendo, but it is conceivable that it was made as a joke that the developers enjoyed with their relatives. From the course name and course layout, which can be perceived as being conscious of the rival “Gran Turismo 2”, it can be seen that the test was a premise that was not made public.

Overseas mediaKotakuSuch play in development is rarely seen in prototype versions of older games, according to Laurent C, who spoke to us. By the way, in the prototype version of this work, you can also play the product version unrecorded course named “YURA COURSE”. This is just a square, and it seems to be a development course for purely testing the behavior of the car.

The prototype version of “SegaGT Homologation Special” is stored at Hidden Palace. The site also archives development materials for many other titles, and in the past some unreleased titles for Dreamcast have been unearthed (Related article). Unexpected discoveries may be made in the future.