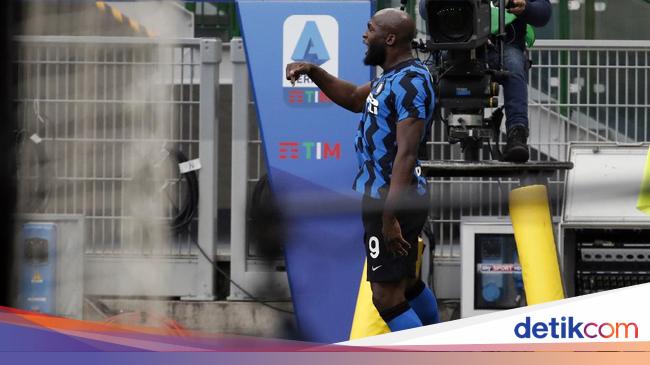 Inter took the lead from the fifth minute. Lautaro Martinez could continue Lukaku’s pass, which brought the Big Snake to a 1-0 lead until the break.

In the second half, Martinez added another goal in the 57th minute, now using assists Ivan Perisic. Then, Lukaku confirmed Inter’s dominance in the 66th minute.

The 27-year-old striker scored Inter’s third goal in individual action. In control of the ball in the middle of the field, former player Anderlecht, Chelsea, West Bromwich Albion, Everton, and Manchester United that brought him to the front of the penalty box, and fired a left-footed shot. The ball slid swiftly into the bottom left corner of the Milan goal.

After scoring a goal, Romelu Lukaku celebrate by running to the left side of the court. He then shouted loudly towards the bench.

Lukaku’s shout was analyzed by Romanian journalist Emanuele Rosu. The reporter for the Guardian and FourFourTwo thinks Lukaku made a sentence aimed at Ibrahimovic.

In the video he uploaded, Rosu wrote, “I keep hearing it, it could be” lo “, which means me, or it could be ‘Dio’ which means God,” Rosu tweeted, which was followed by 19 thousand more people.

“Obviously it was addressed to Zlatan in any way. Zlatan previously said he was the ‘God’ of Milan, so the above two words make sense,” Rosu added in his teasing.

Lukaku’s shout was considered a ‘reply’ to Ibrahimovic’s comments. The 39 striker knew that he had declared himself the ‘God of Milan’, when Milan won 2-1 over Inter at the start of the season, last October.

Inter’s victory over Milan last night was even sweeter for Romelu Lukaku, because his team can top Italian League standings. Inter are now in first place with 53 points, four ahead of Zlatan Ibrahimovic et al.