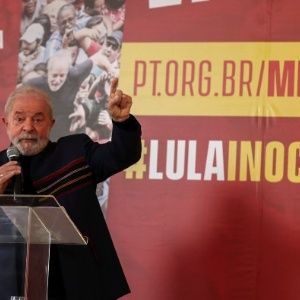 Former Brazilian president, Luiz Inácio Lula da Silva, said on Wednesday that Jair Bolsonaro’s management in front of the Government is a shame for Brazilians, in view of his speech before the United Nations General Assembly, offered on Tuesday.

Bolsonaro offers his own version of Brazil before the UN

Lula told local Brazilian media that the head of state repeatedly lied before the 76th General Assembly and chose to be ignorant, which contributes to Brazil continuing in the economic and social regression and that affects the international image of the country.

“I have a cause and that cause is to recover Brazil for the Brazilians. I am convinced that we can make people proud to live in this country again, “he said.

The founding leader of the Workers’ Party also stressed that the ultra-right ruler acts as if he only represented himself and his family, dismissing the true role of the head of a Republic.

In his opinion, what the Brazilian president believes is a source of pride, for him and for the Brazilians, is nothing more than a disgrace.

Bolsonaro could not access a dinner last Monday night, because he was not vaccinated against Covid-19, a health requirement that the city has. Instead, the president had to go out to eat pizzas in the street and took a photo with his delegation.

Lula criticized the photo and said he took it to please the militants who support him.

The former Brazilian president said that the South American giant is experiencing a crisis of confidence that leaves the country static. “The country is without a government. You have a president who wakes up thinking about the lies he will tell to deceive the people. You have an Economy Minister (Paulo Guedes) who does not think about the development of the country … Nobody trusts anyone ”.

Several Brazilian social groups questioned the president’s speech to the United Nations, while he showed good management with misleading and imprecise statements. The responses of opposition leaders and social movements did not wait.