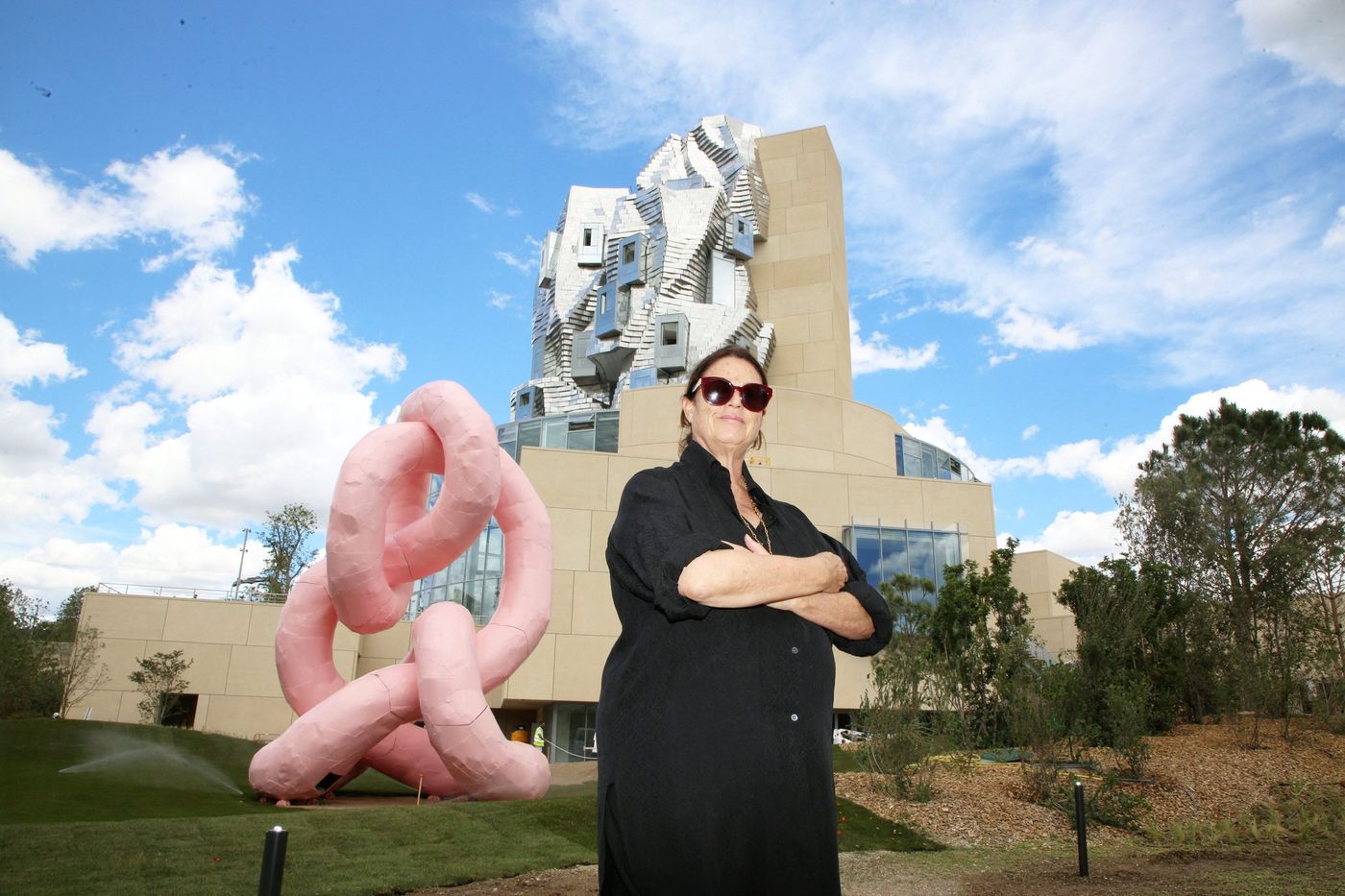 The mistral is brisk and scattered clouds are reflected in the dozens of mirrors that line the facade. On the edges, in the interstices and the false dishes, the light invites itself, moving, in ceaseless optical games. The Luma Arles site, officially inaugurated at the end of June, is first embodied in this building. A building with a double identity: a glass amphitheater on which the totem tower rests, half shimmering and fascinating chaos, half austere concrete wall.

Frank Gehry imagined this cultural beacon with Maja Hoffmann, Swiss art collector and patron, who for almost fifteen years has been developing her project in the “Parc des ateliers”, a former railway wasteland on the edge of the city center. At 92, the famous architect gives a young man’s smile to evoke this work of which he says he is proud: “This is my first Roman building”, he laughs. The influence of the sumptuous Arles arenas can be read in the pleasant curves of the “Drum”, this round amphitheater that its designer sees as an opening onto the rest of the city, an invitation to enter. As for the shimmers, splinters, diffractions orchestrated by the myriads of stainless steel bricks, Frank Gehry relishes whether they are reflections of the same light that Vincent Van Gogh was able to capture in his time.

This tower is special. And beautiful. The people of Arles have learned to look for it when they approach this flat city at the gates of the Camargue. “Obviously, we wonder: what color will it have? It changes at any time of the day or night. It entered our pupils like a small palette of paint ”, Julie said nicely, native of Arles, seduced by the building. However, the totem pole, which some people blame here for its 56 meters high, must not hide the other buildings that the Parc des ateliers brings together. This site, the heir to pharmaceutical laboratories Hoffmann-La Roche, says it is “A utopia, an ecosystem, an organic thought”.

“Produce rather than collect”

The 65-year-old billionaire may have been interested in art since the 1980s, she makes it clear that collecting in order to collect and showing a few works from time to time hardly interests her. The claw of Bernard Arnault (and the Louis-Vuitton Foundation) and François Pinault (and the Bourse de commerce) is barely veiled.

So what are these vast hangars patiently rehabilitated for thirteen years for? To host exhibitions, of course. But not only. Under the double spiral staircase dominated by a brilliant rotating mirror by Olafur Eliasson – the optical effect, again is striking – Maja Hoffmann replies that these spaces at the crossroads of art and research are “Above all a place of experimentation”. A creative campus, she sums up. “We are not a museum. The mission of the Luma Foundation is to produce rather than collect ”, she asks. Produce, but what? “It’s difficult to ask us to define this for you, we are going to produce things that do not yet exist”, she said, sketching out tracks with a wave of her hand: artistic, philosophical, scientific, design works.

A vast and abundant park surrounds the buildings with names evocative of the industrial past of the places: the Forges, the Great Hall or the Electrical Store. The route is punctuated by works of art. Sarah, 27, and Matthieu, 29, come out of the enveloping exhibition Prelude in General Mechanics (do not miss Flowers for Africa by Kapwani Kiwanga who delicately questions with his wreaths and bouquets our relationship to decay and history). The couple came out of curiosity. ” Here, there are the pros and cons of Luma ”, Sarah smiles, teacher. “For many, Maja Hoffmann is a bit of an ogre! It bought this site but also luxury hotels, restaurants, houses in town for artist residencies… So it’s very good for people in the cultural sector, perhaps; but for us Arlésiens it mainly increases the price of real estate ”, complete his companion.

This trial in gentrification and between oneself, Mustapha Bouhayati, the director of Luma Arles, wants to avoid it: “We are not here to build something self-centered. “ An eye on the park – free access – he adds that “The momentum instilled by Luma is positive” and promise “To ensure a harmonious development of the site in its relationship to the city. “

The Luma Foundation in figures

Covering six hectares and seven buildings, the creative campus of the Luma Foundation extends over the influence of former SNCF workshops which closed in 1984 and, from the mid-1980s, have hosted Rencontres photo exhibitions.

In 2007, after local elected officials refused to buy back the site from supermarket brands, Maja Hoffman presented them with a draft of the project imagined with Frank Gehry. She obtained the building permit in 2013, work started in 2014.

150 million euros would have been committed by the billionaire on her own funds alone to carry out her project.