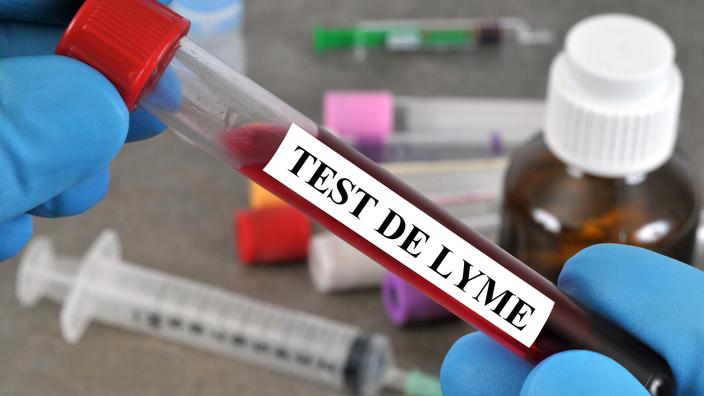 The Rhône Order on Thursday called for the radiation of a professor for prescribing long-term antibiotics to patients suffering from severe forms of Lyme disease. “It’s a conspiracy, a Moscow trial, with bogus arguments“, This Lyon neuro-psychiatrist, Paul Trouillas, told AFP after a hearing of more than three hours before the disciplinary chamber.

Nearly 200 people, according to the France Lyme association, came in front of the courtroom with large signs, which read in particular “No obstruction to life-saving treatmentsTo support the one who was a pioneer in neurology for the treatment of stroke. “There has never been a patient complaint, or even a report. It is his peers who attack him! It has results, it is especially what bothers», Lambasted the regional manager of the association, Stéphanie Clerc.

Read alsoIs there really a chronic form of Lyme disease?

The departmental council of the Order of Physicians (CDOM) accuses Professor Trouillas of having treated a young girl suffering from “the late neurological form of Lyme borreliosis“According to him, which other doctors dispute, by antibiotics beyond 28 days and having prescribed them to him without marketing authorization. The neurologist assured to follow “the recommendations of the Haute Autorité de Santé“. If this patient “had been diagnosed early, if she had not been treated as a hysteric her life would not be shattered», He lamented.

A controversy over the diagnosis and treatment of Lyme disease, transmitted by ticks, has plunged doctors and patients into confusion for several years. “Even if he gives satisfaction to some patients, his method is dangerous and I ask you to make a decision which forbids him to practice medicine.», Continued the lawyer. The decision has been taken under advisement.