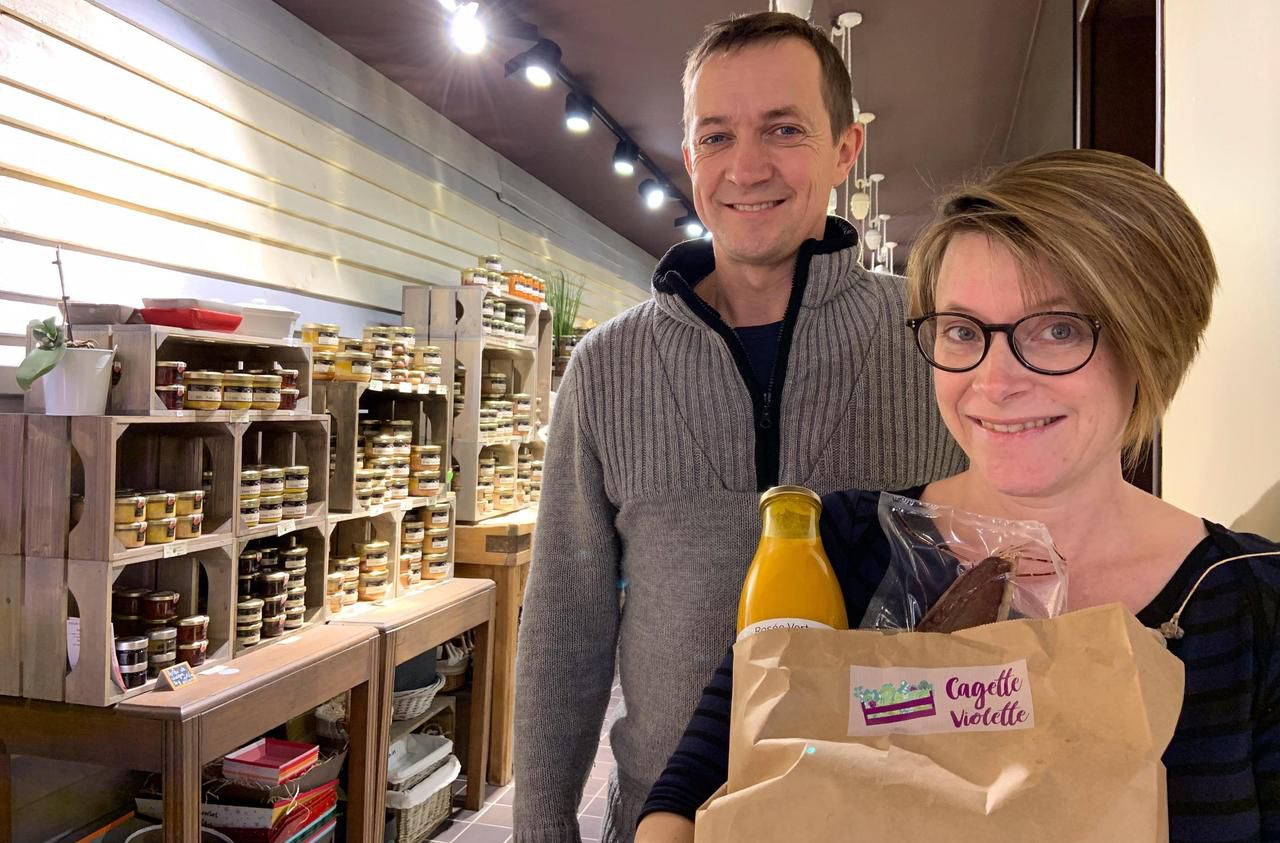 A drive of local producers, Céline Sebrecht, active woman and young mother dreamed of it. “All the families are looking for better food, but going around the producers is complicated and takes a long time. Unthinkable when you work, ”says the woman who is expecting her third child. But Céline quickly realized the obvious. Her dream did not exist. Also, this Parisian settled in Beaujolais decided to invent it. This is how Cagette Violette was born. The concept is simple: “It's the same principle as a supermarket drive. We do our shopping and place our order on the Internet, but directly from a local producer, we will then collect it directly from the producer's shop. "

At 38, this engineer, who moved to L'Oréal and then Amazon, knows the world of distribution as well as that of digital and has embarked, with two partners, on the creation of the first drive for local producers. The first opened in April in Bessenay in Beaujolais. An immediate success which encouraged the opening of a second “Cagette Violette” in Écully, near Lyon, before that, a few days ago, of a third in the heart of Lyon, in the Croix district. Rousse (4th arrondissement).

Here, the partnership was established with the Ferme des Pérelles, Olivier Artigue's farm located in Anse, in Beaujolais. Eager to get into direct sales, Olivier opened his producers shop on Grande Rue de la Croix-Rousse. He sells there the products of his chickens, fatty ducks and outdoor pigs, but also the productions of fifteen of his colleagues: with eggs, fruits, vegetables, soups, sauces, jams, wines, etc. "The advantage is speed," summarizes Stéphanie, a follower of the concept. I do my shopping at home at night on my computer and I will get my basket the next day. "

See Also:  A cantonal initiative aims to put shareholders on an equal footing in Geneva - rts.ch

Cheaper than in supermarkets

Speed, reduced environmental impact (products circulate over 30 km instead of 2000 in supermarkets), but also prices, which turn out to be cheaper than in supermarkets. The creators of Cagette Violette made a comparative study of the prices between two identical baskets of meats, fruits, vegetables, cheeses and breads for four people. "The basket comes out at 62 euros in mass distribution and 57 euros with Cagette Violette for equivalent products", announces Céline Sebrecht. A real surprise for the manager who had not bet, a priori, on this advantage of purchasing power. "This is a huge argument," welcomes the founder of Cagette Violette. This proves that we can buy local, direct, organic or sustainable and cheaper than in supermarkets! "

For the producer too, it's a good surprise. "We did not expect it," recognizes Olivier Artigue, who finds in this formula a form of profitability. "Direct sales allow us to be freer, and more profitable," explains the producer. And the Cagette Violette drive offers us the possibility of expanding our clientele, reaching new people, and benefiting from a new vector of communication with the website that we would not have the means to do ourselves. "

On its way, Cagette Violette continues its development at high speed. In 2020, the local producers' drive plans to open around thirty addresses, in the Rhône-Alpes region, but also in Ile-de-France.