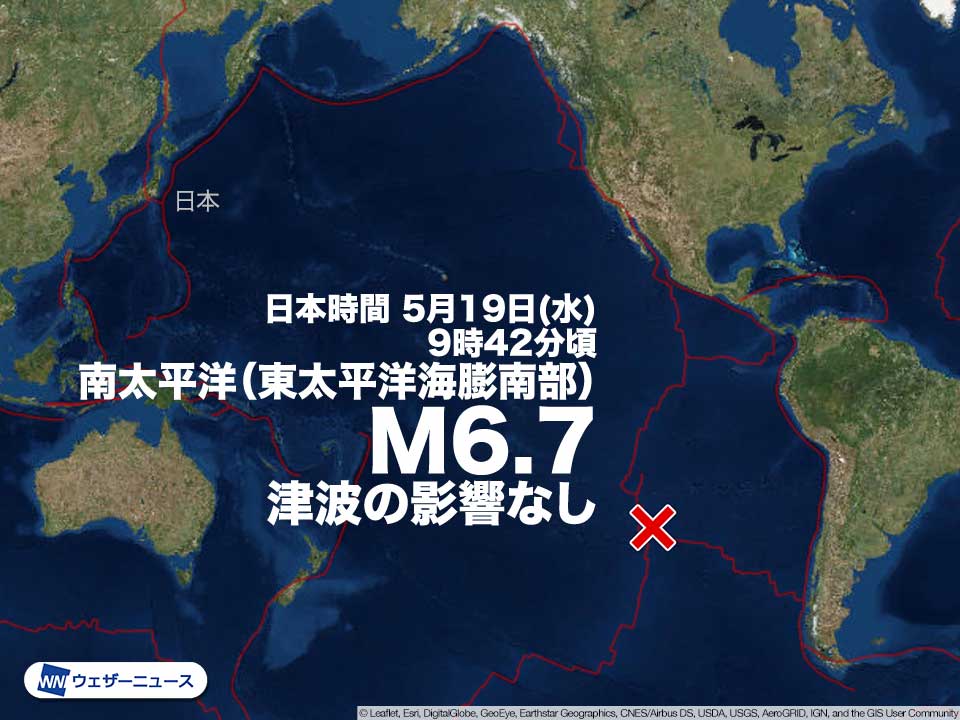 There was an earthquake overseas around 9:42 on May 19th (Wednesday), Japan time. The epicenter is the South Pacific (southern East Pacific Rise), and the magnitude of the earthquake is estimated to be 6.7.

From the magnitude of the earthquake, it is estimated that there will be no impact from the tsunami.

Due to this earthquake, sea level fluctuations of up to 0.04 m were observed near the epicenter.

According to the Pacific Tsunami Warning Center (PTWC), there is a risk of a tsunami of 0.3m to 1m in the following countries and regions.

According to the Japan Meteorological Agency, the coasts where slight sea level fluctuations are expected in the country are as follows.

According to the United States Geological Survey National Earthquake Information Center (USGS, NEIC), there was a maximum of magnitude IV tremor in the revised Mercalli Intensity Class near the epicenter.

The focal mechanism of this earthquake seems to be a type with a tension axis in the southwest-northeast direction (normal fault type including strike-slip component).

The epicenter is on the seabed about 660 km south of Easter Island in Chile, and since there is no land around the epicenter, it is thought that there will be no damage from shaking.