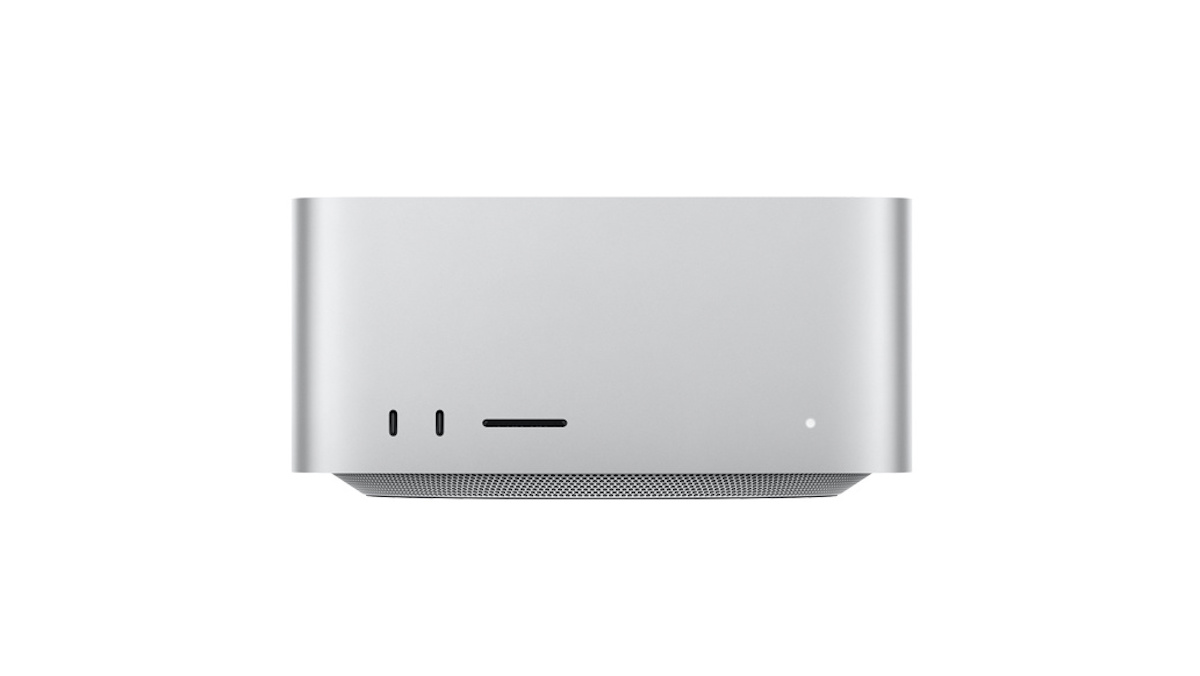 Rather than using the M1 Ultra to upgrade an existing Mac, Apple created an entirely new design, called Mac Studio. Apple also discontinued the Intel-based 27-inch iMac, making it clear that the Mac Studio, along with the new 27-inch Studio Display, was aimed at the many designers and creative users who have always used the iMac as their main office.

Available with an M1 Max or M1 Ultra processor, the Mac Studio’s design is both surprisingly new and immediately familiar. The device looks more like a Mac Mini on steroids than anything else. It was instantly dubbed “Mac Mini Pro” by many Apple watchers, while iFixit teams describe it as “more than a Mac Mini, but not quite a Mac Pro”, following a teardown recent.

It must be said that the similarities between the two devices are numerous. Like the Mac Mini, the Mac Studio is sold without a screen, mouse or keyboard. It has the same form factor as the Mac Mini, with 197 mm (7.7 inches) side. The difference is that the Mac Studio is considerably larger, at 95 mm (3.7 inches), compared to 36 mm (1.4 inches) for the Mac Mini. Much of that extra volume goes into a more powerful cooling system that can handle the heat generated by the M1 Max and Ultra processors. However, Apple has also improved the Mac Studio’s connectivity to meet the needs of business users.

Breaking with Apple tradition, the Mac Studio even has a few extra ports on its front – so you won’t have to get up and reach behind the Mac to plug in a USB drive or SD card. If you opt for a high-end Mac Studio equipped with the M1 Ultra processor, you get an SDXC card slot and two additional Thunderbolt 4 ports (supporting speeds of up to 40 Gbps), while the version M1 Max has two USB-C ports (up to 10 Gb / s).

Still, it’s primarily the Mac Studio’s M1 processors that really set it apart from the more compact Mac Mini. As we mentioned, the Mac Studio is available with either an M1 Max or an M1 Ultra, the latter offering a 20-core CPU, 48 or 64 GPU cores, and a 32-core neural engine. It is not easy to put two M1 Max processors together.

Rather than connecting them through the motherboard, Apple has developed an on-chip interconnect technology called UltraFusion, which allows macOS to simply treat the M1 Ultra as a single processor. This means that software developers don’t have to rewrite their applications to use the M1 Ultra’s dual processors, allowing Mac Studio to really work.

The M1 Max doesn’t generate as much heat as the M1 Ultra, so it only requires an aluminum heatsink, which translates to a total weight of 2.7 kg (5.9 lbs). However, the higher power of the M1 Ultra requires a copper heatsink, which increases the weight to 3.6 kg (7.9 lbs). Still, that weight isn’t much more than a big 16- or 17-inch laptop, and Apple can be proud of having built a desktop workstation capable of holding in a backpack.

We can of course defend these prices by recalling that the entry-level Mac Studio with M1 Max represents a direct replacement for the 27-inch iMac which has been discontinued. Still, the price of the iMac included a built-in 5K display, whereas the Mac Studio doesn’t even include a keyboard or mouse, let alone a display.

Ultimately, the Mac Studio is one of those models that only Apple could design, offering a unique combination of power and elegance – along with frustrations such as its lack of internal expansion and user upgrades. Some users will regret the demise of the all-in-one 27-inch iMac, but the Mac Studio proves that Apple Silicon can deliver true workstation performance and gives the professional end of the desktop line Apple a welcome boost.

Dutch millionaire crashes his 500,000 euro Lamborghini on his way to a motor show to display it (video)

Poltergeist: Diabolical Games, the legend of the cursed film in all its glory