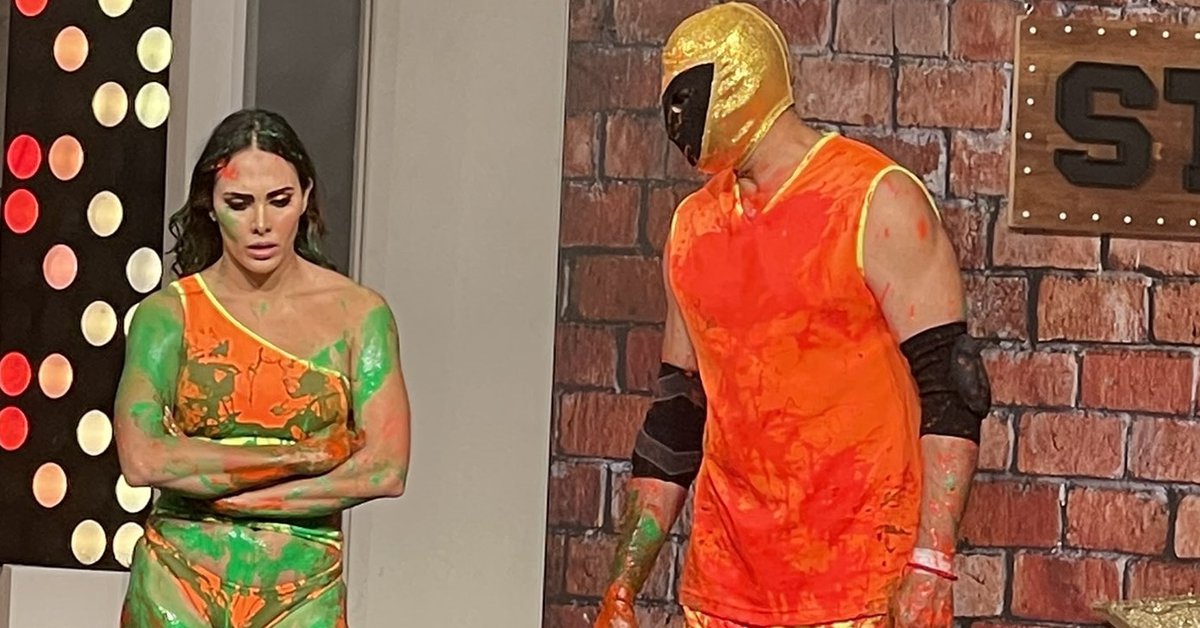 Macky was visibly affected by the situation. (Photo: @ programa_hoy / Twitter)

Macky González reappeared in social networks to thank all the support he received after Tinieblas Jr. spanked him right in the middle of his performance and on national television, during his performance in the reality show, “Las Estrellas dance en Hoy.”

After the scandal caused by the touching that she experienced during the morning program of Televisa, the athlete used her social networks to relate what it cost her to remove the body paint used for her performance and to launch a message of encouragement in the face of the unfortunate situation.

“Difficult but hopeful day. No one is afraid to speak up when something doesn’t appeal to you. They are not alone. I’m not alone. Here we all support each other. Thank you for so much love, you are my family ”, wrote the former contestant of Exatlón Mexico.

Macky accompanied her message of female empowerment with a photo in which she looked smiling and still with the stains of the paint used in her dance. She did it just after being sheltered on social networks by hundreds of users who noticed the bad behavior of Tinieblas Jr. live and was ignored by the production without any call for attention. 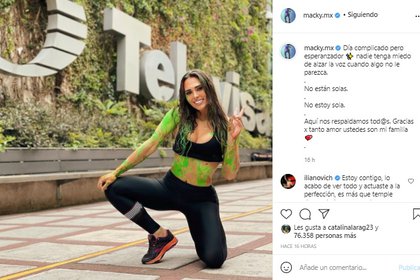 It must be remembered that the couple was one of the most beloved in the dance show of the program Today, but its popularity plummeted after the last broadcast, the wrestler took advantage of his performance to improperly touch his teammate, who did not want to continue in the competition.

The couple danced Afro-type music, a dance that as a couple involves a lot of physical contact and euphoria, so in the middle of their participation, Tinieblas Jr. spanked Macky that was not within the choreography previously marked by his instructor, which caused a very tense moment within the magazine program.

And it is that although the former contestant of Warriors 2020 She expressed her discomfort with the situation, was harshly criticized by the judges for not continuing her dance and showing an “unprofessional” attitude.

“I know that here it is an artistic theme, but I also invite all people, all women, that if at some point they do not agree to do something to them, do not remain silent,” said Macky on the verge of tears .

Tinieblas Jr. managed to regret his behavior towards the end of the program: “Before everything begins, I want to ask and offer an apology to my dear Macky, who since we met was a very beautiful relationship. An apology to the jury, to all the public that is watching us. I am a character for the family, for the children. […] The adrenaline makes you do things that ‘oh, damn’, but you have to keep going. Really, with all my heart and with all the respect that I have for you, my dear Macky, an apology ”.

This was not enough for Macky to continue in the competition, since although she could be saved along with her teammate, she preferred to leave the competition and, given the drop in votes for them, they became the third couple expelled from “Las Estrellas bailan in Today ”.

“We understand your situation, Macky, especially you (Tinieblas Jr.) who have always been a gentleman with all the production and we as women forgive you”, Galilea Montijo expressed to close the broadcast.

The way in which the subject was approached in Today unleashed a wave of negative reactions on social networks, which until now have not been responded to.

“Why do you normalize the spanking that @tinieblasjrfull gave @macky_mx? Seeing how things are in the country, the jury was not very empathetic, “wrote a Twitter user to the program’s official account.

Netizens, mostly women, showed their support for Macky. “I mean, he even came out scolded and the guy yelled at him and no one came to stop him in his tracks. What a shame with everyone who participates there and How good that Macky fought back and didn’t stay quiet. HARASSMENT IS NOT NORMALIZED, ”said another user.

The public highlighted that what the former participant of Exathlon was gender violence, so the team of Today he should have suspended the broadcast as soon as it happened. However, both judges and drivers limited themselves to calling the athlete’s attention after leaving the competition.