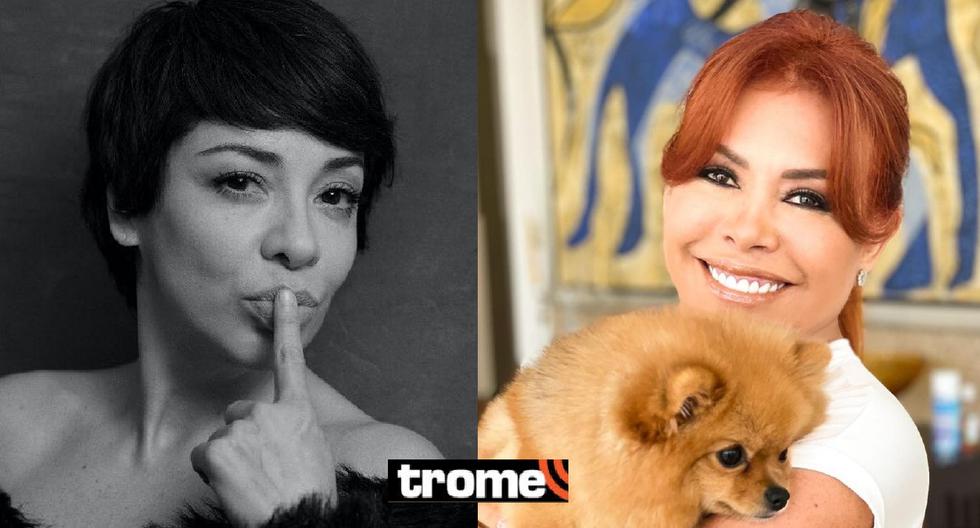 DOES NOT RELEASE IT. Magaly medina ‘shot’ at Tatiana Astengo. The ‘magpie’ questioned the actress for “showing herself as a political analyst” in her social networks, reminding her of her crazy post in which she mentioned that “many ended up as police officers so as not to be a burden in their families.”

“Tatiana Astengo, since she washed the flag, the voice of our conscience has been felt, the most moral of our country, the one that tells everyone how they should think, how they should act, what is right and wrong ”, Magaly lunged.

READ ALSO: Magaly affirms that she will stay in Peru before Pedro Castillo’s victory: “I never said that I will go”

The ATV driver did not hesitate to remind the famous ‘queen Pachas’ and the numerous criticisms it received from various Peruvians at the time.

Magaly to Tatiana Astengo: “Don’t you remember that she was a tacky commentator?”

“He does not remember the times that he has been a rather tacky commentator, misplaced, totally discriminatory and also comments that have earned him a rejection of the citizenship who has read it”, he stressed.

“She feels above good and evil, thinks that her voice is the only one to listen to, as well as her opinion, but nevertheless, This woman with so little sensitivity is so mediocre, so little empathy, that the same thing gives him to attack policemen or women when he calls himself a feminist “, he clarified.

MAGALY TRAVELED WITH HER NOTARY

Magaly Medina and her husband, the notary Alfredo Zambrano, they flew to Europe, where they will stay for a week to enjoy a short vacation taking advantage of the national holiday. The ‘Urraca’ recorded yesterday the edition of his program and at three in the afternoon he headed to the Jorge Chávez airport to embark.

After the departure of Beto Ortiz from Peru indefinitely, several users have asked Magaly to also do the same after his disagreement with the Presidency of Pedro Castillo. The ‘magpie’ did not remain silent and responded loud and clear to his detractors.

“Some say that since I have expressed solidarity with Beto Ortiz as a communicator, journalist, as a person who lives off his expression and opinions, I would also have to leave the country, have you seen?” He said.

“Some social networks like Twitter, I do not enter for mental health. If I had the desire to fight and a great fury in my heart, I would enter to wear myself out mentally. Entering Twitter is not my thing, I only enter to read the news and to enter the newspapers, but not to read comments or criticisms, “he said.