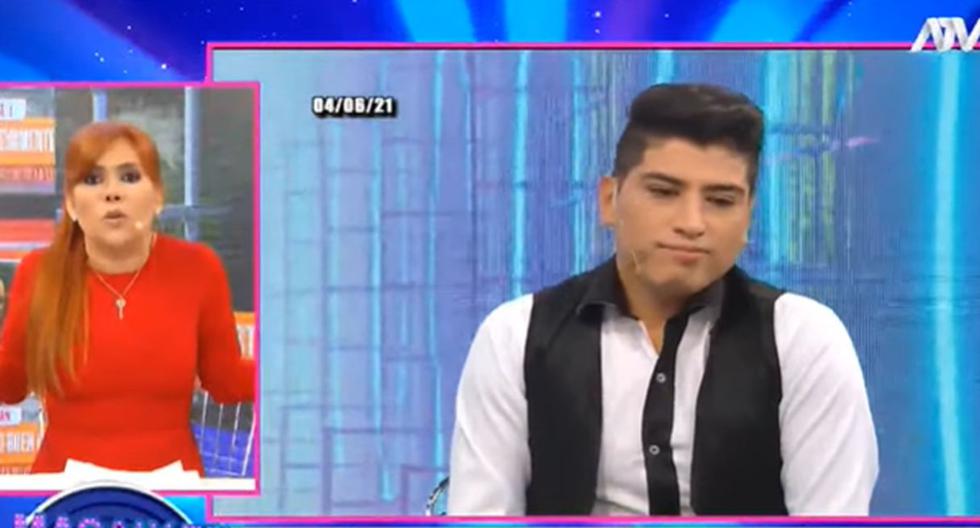 After John Kelvin starred in a heated discussion with the mother of his children and wife Dalia Durán in “Magaly TV: La Firme”, the singer reappeared on TV, in the program “Women in command”, and apologized. About, Magaly medina he questioned his actions.

YOU WILL BE INTERESTED: The ‘dad’ of Jaime Bayly, Mónica Delta, Alejandro Guerrero and Rosana Cueva | By: José Llaja, reporter

“On June 4, he came here to apologize, a week and a half later we protected him again. Later, when she was here, he yelled at her in the worst way, insulted her, humiliated her in the most horrible way I’ve seen in a long time. We already know his modus operandi, he cries, he victimizes himself “, Magaly Medina began saying in her program.

Likewise, the host of “Magaly TV, the firm”Emphasized the statements of the singer, who said that he lives his life “intensely” since he does not know if tomorrow he will continue in this world.

“Live intensely, but without insulting the mother of your children, without humiliating, without hurting or causing prejudice to those children who are watching everything what is happening around them and that later, at some point, they will be beings that grow up with many traumas and problems in their relationship with others “Medina noted.

“He thinks about them, but he thinks later, when he puts his four legs up …. As here you can no longer victimize because I do not allow it, because all the mask that he was wearing has fallen off, he goes to the only program where they believe him “added the driver.

As it is remembered, on the morning of this Monday, June 28, John Kelvin reappeared on TV, in the program “Mujeres al Mando”, and offered an apology to his still wife. As he said, he has also suffered with the situation.

“First of all I want to apologize to her, as the mother of my children. If you felt offended by my words, I am also a human being like everyone else, I also feel, also cried, I also suffer, I suffer from detachment for myself. This situation is not easy and even more so when we have four beautiful children ”, emphasized.

Jhon Kelvin apologizes to his wife