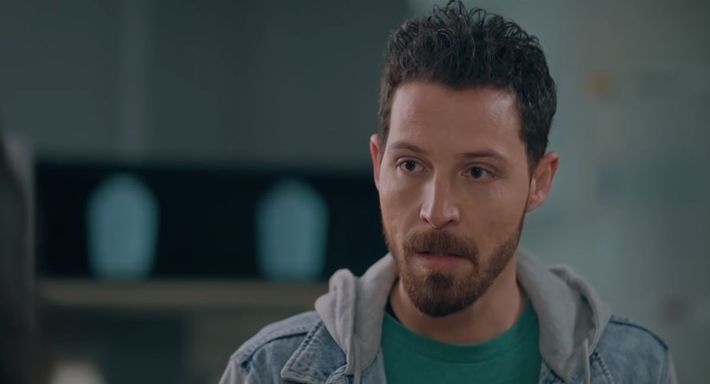 Artist Mahmoud Hegazy sent a message to the audience of the series “Abu Al-Arousa 3” after the divorce of Tariq and Zina in episode 43 of the series.

Sunday’s episode of the series “Abu Al-Arousa 3” witnessed a confrontation between Akram and Tariq, about the latter’s betrayal of Zina, who listened to the dialogue of her brother and husband, and the situation ended with the divorce of Tariq and Zina, after the long love story that the audience followed the details of since the beginning of the episodes of the first part of the series.

And Mahmoud Hegazy, through his account on Instagram, published a picture of the collected clips of Tariq and Zina from the events of the series, stressing that he believes that love overcomes all problems.

We recommend-“What would you do if you were Will Smith?” .. A shocking reaction from Youssef Al-Khal (video)

Hegazy wrote: “Do not lose hope if you love each other seriously, because love is above anything.”

Before Will Smith slapped … strange situations in the Oscars, a nude person and pizza on stage

Omar Kamal and Hama Beca were imprisoned for a year, and Lourdiana was acquitted due to the video “You are a teacher.”

Don’t miss: “The end of the world is not tomorrow”, the Egyptian version that preceded the movie Don’t Look Up by 38 years

To prevent Alzheimer’s, foods you should avoid if you have a family history of dementia