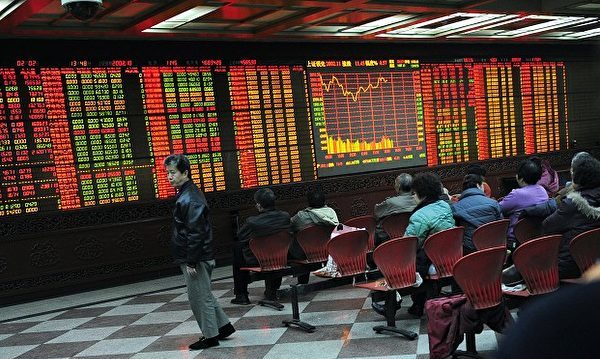 On the afternoon of September 24, the Chinese Communist Party Securities Regulatory Commission stated that at present, relevant personnel were arrested for the main suspected criminals in three market manipulation cases suspected of manipulating the stock price of “Nanling Civil Explosion”, “Jinchuang Group”, and “Haozhi Electromechanical”. Among them, Ye Mou actively provided relevant assistance and suggestions when he knew that Liu Mouye and others were manipulating the stock price of the “Nanling Democracy” to create conditions for market manipulation and seek illegal benefits.

The Chinese Communist Party’s official Xinhua News Agency’s “China Securities Journal” and many other mainland media have stated that “Ye” had exposed on Weibo this year that a listed company had collided with the stockist in market value management and “lied on the account.”Ye Fei。

Mainland City News said on September 25 that Ye Fei’s mobile phone was turned off for multiple calls. The update status of his circle of friends stayed on September 21. And Ye Fei’s arrest has long been clues. Prior to this, Ye Fei’s account on social platforms had been blocked successively.

OnePrivate equitySaid: “The moment Ye Fei exposed the material, everyone in the industry knew that he would go in in the end.”

Earlier, Ye Fei said, “I’m just a pimping intermediary, I didn’t manipulate stock prices, nor did I participate in insider trading. I didn’t get any money as an intermediary. I’m a witness, not a criminal suspect.”

According to reports, Ye Fei entered the securities market in 1994, earned his first pot of gold in 1998, entered private equity investment in 2003, and won the first place in the Chinese stock market private master contest in 2007, and his wealth skyrocketed to more than 10 million yuan. However, Ye Fei lost a lot of money to the clients because he helped the clients to buy stocks. In the end, he owed a debt of up to three or four billion yuan.

After Ye Fei repaid tens of millions, he was listed as a dishonest for lack of money. In order to repay the huge debts, Ye Fei did what he did to make money in the following years, private equity fund managers, teaching people to trade stocks, and becoming a “middleman.”

On May 9 this year, Ye Fei posted on Weibo that the A-share listed company Zhongyuan Home Furnishing found the bidder in the name of market value management. He acted as an intermediary to match the order, but afterwards the cooperating bidder relied on the account and did not pay the balance, which caused him to be urged by the next home. Several million balance payments are required.

But he didn’t receive the expenses from the upper family, and Ye Fei asked Zhongyuan Household to comfort him, otherwise he would report it under his real name. Ye Fei said he plans to use 40 days to expose the shady of 18 companies. He originally planned to expose 58 listed companies, but because he didn’t want to be blocked by the entire industry, he finally decided to expose only 18.

After Ye Fei exposed the news that the mainland’s A-share market was in the market, a huge disturbance was set off in the mainland, and investors referred to the similar stocks mentioned by Ye Fei as “Ye Fei concept stocks.” The stocks of listed companies accused by Ye Fei of conducting “market value management” plummeted, and a large amount of funds fled.

Ye Fei’s exposure caused great concern in the industry. Some articles pointed out that Ye Fei was hacked-did not receive the money. Some analysts also believe that Ye Fei wants to kill all those who deceive him by reporting.