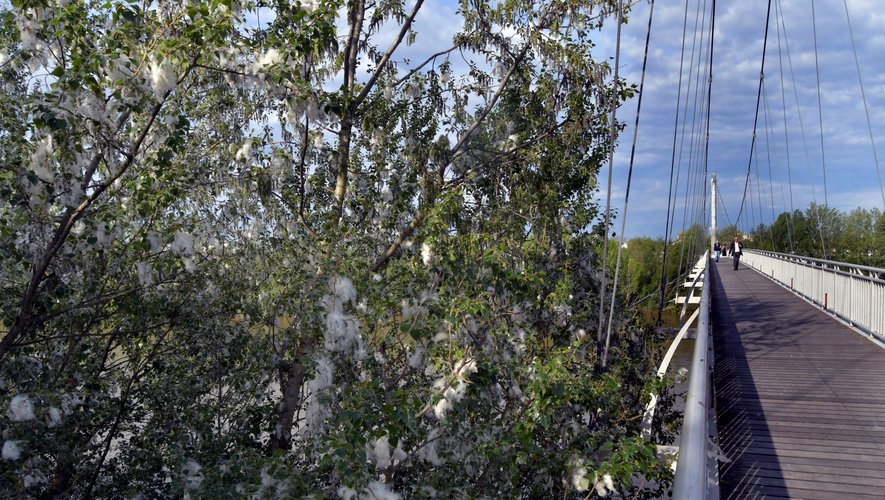 the essential
According to the World Health Organization, one in two French people will be a victim of allergies by 2050. Allergist and author of the book “New Allergies: how to recognize them? How to fight them?”, Catherine Quéquet helps us to decipher this phenomenon.

La Dépêche du Midi: By what mechanism does one become allergic?

Catherine Quéquet : We become allergic on a ground genetically predisposed to the allergy, often a parent or a grandparent who was himself allergic. It is an overreaction of the body to environmental allergens. But the symptoms of the allergy take more or less time to be triggered. The allergy that appears overnight is therefore a received idea! In people with allergies, there is an initial period known as “sensitization” during which the body produces IgE – antibodies called Immunoglobulin E (IgE) directed against proteins (allergens) contained in dust mites, animals, certain foods , pollen, etc. – without triggering symptoms upon contact with the allergen. This so-called “sensitization” period can vary from a few months to several years. And when this contact is repeated over time, the allergic disease sets in with its procession of symptoms: cough, runny nose, breathing difficulties, food allergy with angioedema and even anaphylactic shock.

You estimate that in 2050, half of the French population will be allergic. How do you explain it?

The exponential evolution of the number of allergy sufferers no longer needs to be demonstrated. Let’s not forget that more than twenty years ago, it was estimated that one in four French people was allergic. Currently, a third of the French population is affected! This prevalence is increasing, and projections estimate it, in around thirty years, at 50% of the population. The increasingly polluted air and global warming cause chronic respiratory irritation and increase the period of pollen allergies. As for our industrial and processed food, it leads to an imbalance of the intestinal microbiota favoring food allergies.

We also know that the use of creams containing allergenic proteins (wheat, milk, egg proteins, etc.) increases the sensitization of allergic people, especially in early childhood. This is why people who have an atopic history – that is to say those who are genetically predisposed to allergies – are advised not to avoid these types of cosmetics.

Allergies can occur throughout life, including late. We can see that more and more “multi-allergies” are developing. Pollens are reservoirs of allergens and lead to what is called the phenomenon of “cross allergies”. Your immune system will react abnormally when you ingest substances similar to those to which you are allergic. This phenomenon can subsequently lead to a cross-allergy between birch pollen and raw apple, for example. For these elements, the two allergens are different but have an almost similar molecular structure. These are allergenic proteins, from the PR 10 family. And, over the years, we have discovered more and more different allergenic families like the one described, recently explaining in the South the cross allergies between cypress pollen, peach and citrus.

He was diagnosed with terminal cancer, planned his funeral thinking he might die, and ended up recovering