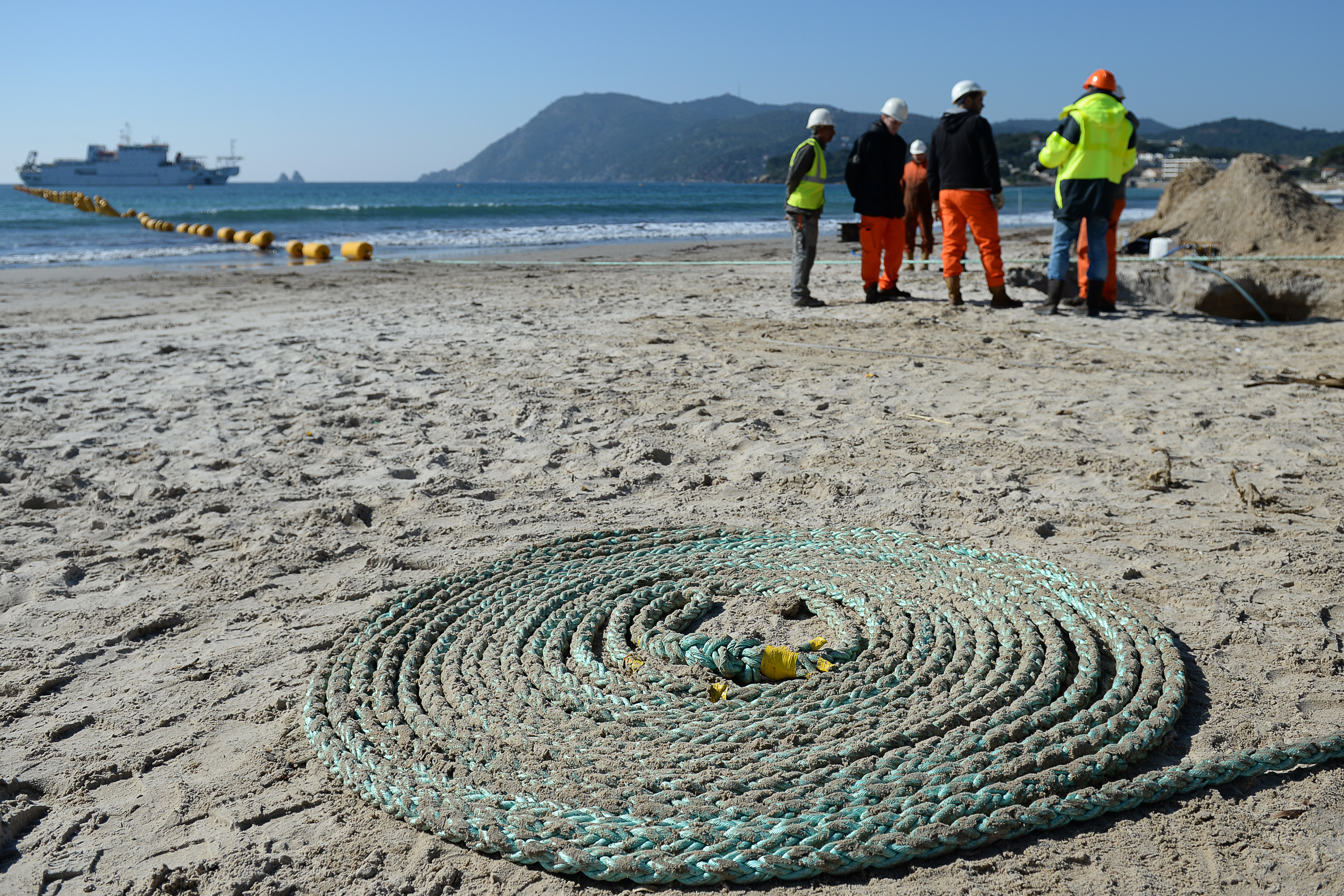 Ensuring the maintenance of submarine cables: these conventional operations have become crucial at a time when internet networks are overloaded, but the Covid-19 health crisis also makes them unusually complicated. Two ships from Orange Marine, a subsidiary of the historic operator dedicated to laying and maintaining submarine cables, have just taken over from their crew to go on new missions, recounts his managing director Didier Dillard.

The “Pierre de Fermat“Set sail Friday morning in Brest and is on its way to the North Sea to repair the TAT-14 cable, which connects the United States to northern Europe, explained Didier Dillard during a conference call. “This cable is looping. If one of the strands has a fault, the traffic (data) is not disturbed, but if unfortunately the second branch is cut at the same time, it can be very penalizing for all European operators (including Orange) which use it», Explains the manager.

While the confinement causes an over-solicitation of the internet network, notably linked to the high consumption of films and series on American video platforms, the repair of the old transatlantic cable, inaugurated in 2001, is “eagerly awaited“

A mission of this kind is classic for Orange Marine, which operates 7 vessels, including 6 capable of performing maintenance. But the health crisis seriously complicated the preparations and caused a few days of delay during the stopover in Brest.

“In the gangways of a ship, it is impossible to respect a meter difference between the sailors. And if a person is contaminated, it is difficult to keep them confined. It is therefore important to ensure that the personnel on board is not carrying the virusExplains Mr. Dillard.

The approximately 60 crew members were therefore the subject of a “double test“(Antigen and serological), a program”defined and validated by Orange medical teams in agreement with employees“

“If this relief was successful, it was because there were enough volunteers to allow a full crew to leave“, Welcomes Didier Dillard. Some had just returned from a mission and agreed to embark for an additional month. Among them, Malagasy sailors who cannot return home because of the total closure of the borders of Madagascar.

“We made sure to give them more time to communicate with their families“But for them,”there was not really a choice. They will stay as long as Madagascar refuses to repatriate themRecognizes Mr. Dillard.

The mission should last “ten days“Maximum and can be continued with another repair – they are”frequent lately” “What is certain is that there will be no exchange between the shore and the shore for a month, to reduce the risk of contamination of the ship“

The “Raymond Croze“, One of the oldest ships in the Orange Marine fleet, must also set sail during the La Seyne-sur-Mer (Var) weekend, with the same protocol vis-à-vis its crew, to an incident off the coast of Sardinia on the Sea-Me-We 4 cable.

“Links between Europe and Southeast Asia are in danger until repairs on this cable are madeSaid Mr. Dillard. The relief organization is “more complicated»Again for René Descartes, currently in the East China Sea. “We are working on the subjectAssures Mr. Dillard.