The airport of the Canary Island of Gran Canaria is closed Saturday evening due to a large sandstorm. The sky turns completely orange, reports the Spanish newspaper El Pais.

The government of the Canary Islands issued a warning on Saturday evening because of the strong wind. Because of the flying sand it is advised to keep windows and doors closed.

According to weather agency Weerplaza, there was an “enormous dust cloud” earlier on Saturday in the Canary Islands of Lanzarote and Fuerteventura. Weerplaza reports that sandstorms like these are not unique to the island group. “It usually happens a few times a year,” the weather agency said.

Willem Derksen, who lives in Gran Canaria, says in conversation with NU.nl that all airports on the island group are indeed closed “until further notice”. “There is now a storm coming, gusts of wind up to 120 kilometers per hour,” says Derksen. 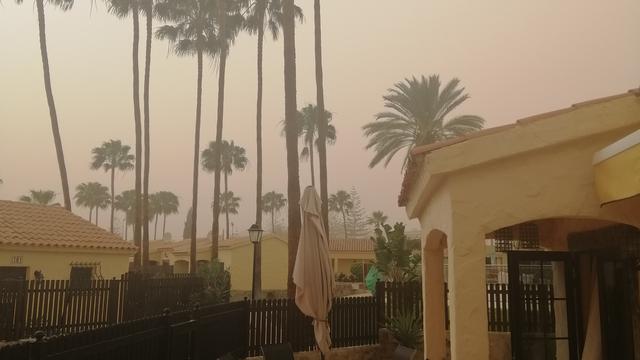 The view of the Canary Islands is poor due to the large sandstorm. (Photo: Willem Derksen)

The cause is strong winds from the east

According to Weerplaza, the cause of the sandstorm is a strong wind from the east, which is also called the Calima by residents of the Spanish archipelago. Sand and dust then arrive from the Sahara in the air above the Canary Islands.

The Meteorological Agency of Spain predicts that the sandstorm will continue until Monday afternoon, reports El Pais. Monday, the agency says the power of the wind will decrease in the afternoon.

KETCHIKAN, Alaska (AP) - A 5-year-old boy's body was found on an Alaska trail days after he and his...
Read more

The Keystone XL oil pipeline is moving ahead after Alberta committed $ 1.1 billion

Disney princesses turn to virtual entertainment during the coronavirus pandemic

Both Disneyland Resort and Walt Disney World Resort are closed, and Disney's live theater performances have been canceled due...
Read more

Coronavirus: the Diputació de València will increase all its resources to help the municipalities in the crisis

The Diputació de València held a Board of Spokespersons by videoconference on Tuesday, where the president, Toni Gaspar, the...
Read more

Italy allows children to take a walk accompanied by a parent

The Italian Interior Ministry said Tuesday that children can go for a walk and accompanied by a single parent...
Read more

The Keystone XL oil pipeline is moving ahead after Alberta committed $ 1.1 billion

Italy allows children to take a walk accompanied by a parent

Corona crisis: Now we’re running out of condoms too!

NATO comes to the aid of Spain and Italy