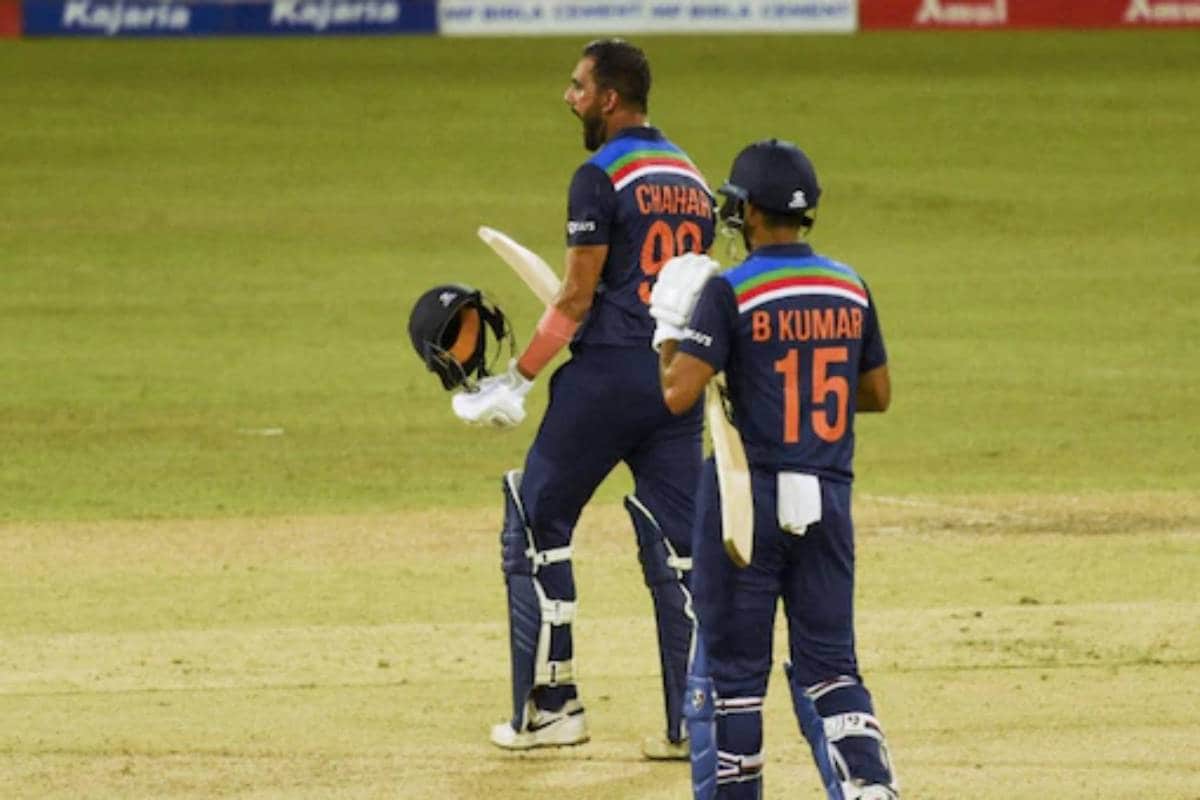 Deepak Chahar, the tail-end batsman, was the only batsman to help India win the India-Sri Lanka ODI series yesterday. The Indian youth team has proved that they are the frontrunners against those who criticize them as a second tier team. Deepak Chahar and Bhuvneshwar Kumar combined for the eighth wicket to put India back in contention for the loss. India chased down Sri Lanka’s target of 276 with three wickets in hand and five balls to spare.

After the series victory, India coach Rahul Dravid received a huge outpouring of praise from the fans. Former India pacer Venkatesh Prasad has spoken out against the emphasis on foreign coaches in Indian cricket, citing Deepak Chahar’s performance in the match. He also revealed an incident that took place some time ago in connection with Deepak Chahar. Prasad revealed that Deepak Chahar was a former Australian cricketer and Indian coach who was previously advised by the Rajasthan Cricket Association that ‘cricket is not a job for you, look for another job’.

‘Deepak Chahar is a player who was rejected by former coach Greg Chappell at the Rajasthan Cricket Association on the grounds of height. He also advised Chahar to look for another job. Even as a bowler, Deepak Chahar has led India to victory with his batting prowess today. We need to learn from this: Believe in your own abilities and do not over-rely on foreign coaches, ”Prasad tweeted.

Speaking after leading India to an unexpected victory in the match, Deepak Chahar credited coach Rahul Dravid for batting well. Deepak Chahar had said that Dravid’s confidence in his batting inspired him to bat well.

‘Sir Rahul told me to play all the balls. I have played a few innings in the India A team under Dravid. I think he believes in my batting. Rahul Sar told me that he feels I have the ability to bat in the seventh position. He has faith in me. I hope I do not have to bat in the upcoming matches. I came to believe that we could win when the runs needed to win were below 50. ‘ Deepak Chahar said after the match.