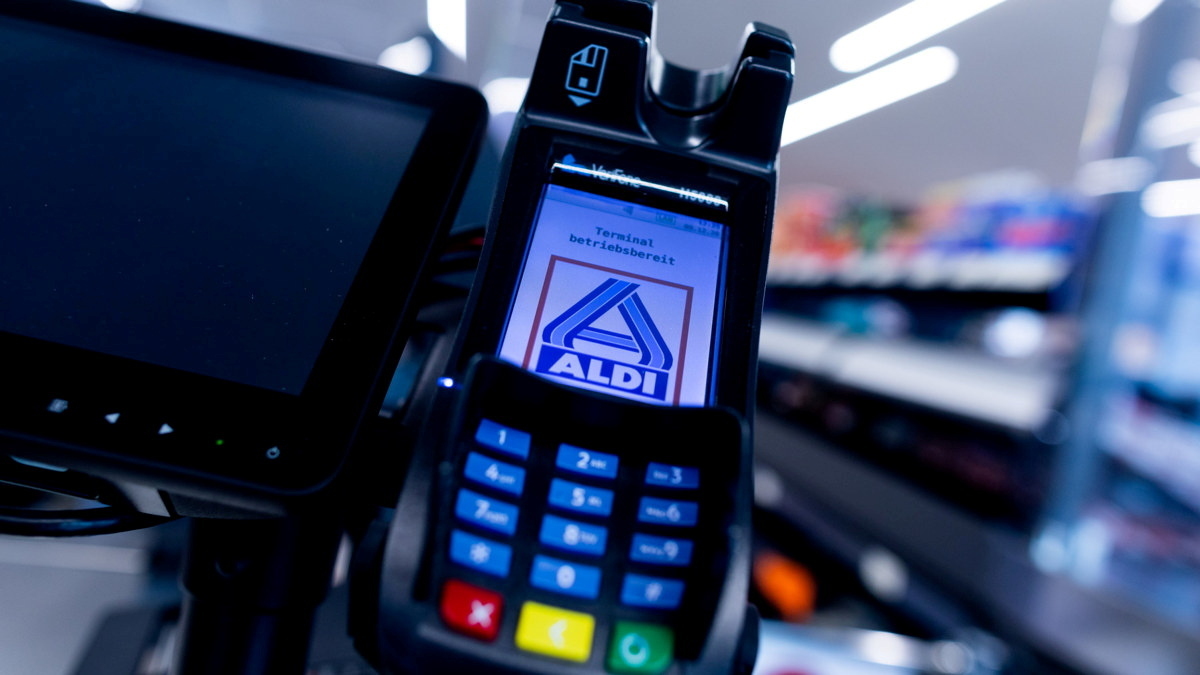 Dresden. Update Monday, May 30, 12:50 p.m.: After problems with card payments, consumers at the discounter Aldi Nord will soon be able to make cashless purchases everywhere again, according to the company. Card payment will “be possible again in all markets at short notice,” said an Aldi Nord spokesman on Monday on request.

Payment devices with the problems would be replaced by new models. “Some of the markets were already converted at the weekend, the rest will follow in the next few days.” The card terminals were to be gradually replaced this year anyway, and this has now been accelerated. Aldi Süd was not affected by the problems.

The discounter Netto also converted the terminals and reported completion on Monday. The company announced that card payments are possible again throughout the branch network. In the past few days, customers have no longer been able to pay with a giro or credit card at some German retailers. The background was a malfunction in the widespread Verifone device H5000. It is used by the service provider Payone, among others.

Payment problems over the weekend

Sunday, May 29, 8:30 a.m.: In German retail, customers had to reckon with restrictions when making cashless payments. The payment service providers Payone and Concardis announced on Saturday that the disruption, which sometimes leads to failures in payments by giro or credit card, continues. Also the information on the online portal allfaults show that there are still problems.

The H5000 card payment terminals from the manufacturer Verifone have been affected by the technical glitch, which has been causing some significant restrictions on the processing of transactions nationwide since Tuesday evening.

Card payments in several chains are still not possible or only possible to a limited extent, as a spokesman for Aldi Nord confirmed at the weekend.

The terminal type H5000 is mainly used in Germany. The payment service provider Payone alone states that it has around 60,000 devices of this type in use at retailers.

Manual intervention on site by either the retailer or a technician is required to restart the devices, Payone said, citing Verifone. All available resources for the update have already been pulled together. “Nevertheless, we assume that this process cannot be carried out ad hoc in the area, but will probably take a few days,” said a Payone spokeswoman. Irrespective of this, alternatives would be developed so that cards could be accepted again as quickly as possible.

Verifone said it is working on the solution with customers and partners. This has been available since Friday. “We would like to emphasize that the issue is not related to a certificate expiration or a security vulnerability and does not pose a security threat,” the statement said. Rather, it is a software malfunction. Previously, there had been speculation that the problems could be due to an expired certificate that confirms the identity of a computer or other electronic device.

Affected device type accounts for only a small proportion of all

The Federal Association of German Banks, on behalf of the German banking industry, recently made it clear that the terminals in question are completely unavailable for all payment types, but the corresponding type only accounts for a small proportion of all devices used in Germany.

Providers of alternative payment methods – such as QR code – see themselves strengthened by the incident. As the consulting company ZIIB announced, QR systems work without any terminal hardware. Therefore, you can avoid loss of sales in this way.

The consequences of the technical breakdown for supermarkets and customers

However, other payment methods could not be introduced quickly. The technical breakdown and the resulting consequences are therefore still ongoing. Affected are about drugstores, gas stations, the branches of

and a wide range of other shops that also use similar devices. Among them is the Dresden retail chain Consumptionwhich operates numerous supermarkets in the Saxon state capital.

The problem was noticed there on Tuesday morning and hurriedly informed via social media. “Attention, an important note for you! Due to a Germany-wide disruption, card payment is currently not possible in our stores,” it said on Facebook.

The Concardis spokesman said something similar: “We are trying to support the retailers affected as much as possible, for example by exchanging terminals where possible”.

In some retail stores, card payment is not an option because of the bug. The discounter Aldi Nord, for example, announced on Wednesday that card payments were not possible in some branches or elsewhere in retail due to the disruption.

The drugstore chain Rossmann and Edeka also reported problems on Wednesday. According to their own statement, Aldi Süd, Lidl and the Rewe Group, i.e. the markets of Rewe, Penny and the Toom Baumarkt, are not affected. The German Retail Association (HDE) had emphasized that companies depend on the smooth running of the payment processes.

The technical failure has a number of unpleasant side effects. One concerns the handling of goods from fresh food counters. If, as is the case now, customers do not have any cash with them in the supermarket, they can usually choose: come back and pay or leave and leave the goods behind. The result: All groceries handed out at fresh food counters then have to be disposed of.

Roger Ulke, spokesman for the board of Konsum in Dresden, confirmed this to Sächsische.de on Wednesday, but can calm things down in the case of his company: “We immediately issued a guideline to our branches on Tuesday.” According to this, customers who want to buy goods from fresh food counters would be asked directly by the staff there whether they had enough cash with them. Therefore, there was no mass disposal of food, so Ulke.

The failure is problematic in other ways. “The fact that something like this happens right before a public holiday makes the situation more difficult,” explains Ulke. The payment process at the cash registers is delayed.

Finding more staff to deploy quickly is hardly possible. “In addition, many customers now only pay cashless.” The payment process now also includes explaining the way to the nearest ATM.

“However, the customers have shown themselves to be very understanding and know that the cause is not with us,” says Ulke. Nevertheless, he appeals to people to put cash in, at least temporarily, before shopping. In addition, when entering shops, one should pay attention to information boards or signs stuck to doors, where the technical failure is pointed out. (with dpa)