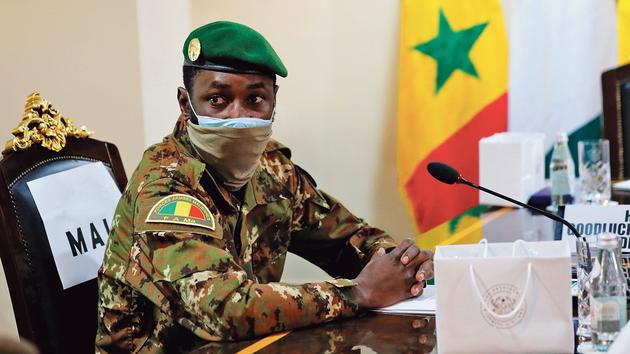 The putschist president has been warned by several African heads of state and by Emmanuel Macron. On Sunday, ECOWAS suspended the country from its institutions.

African presidents once again looked at the case of Mali on Sunday. The Economic Community of West African States (ECOWAS), the regional body, held an exceptional summit in Ghana to try to find an acceptable solution to a new coup that rocked the country. Last Monday, the vice-president, Colonel Assimi Goïta, gave the order to arrest the president of the transition, Bah N’Daw and Prime Minister Moctar Ouane. The two men had chosen to “to resignTwo days later while they were still in the hands of the military coup plotters. Assimi Goïta then proclaimed himself president of the transition.

ECOWAS refused this state of affairs and suspended Mali from its institutions, calling for “To the immediate appointment of a prime minister from civil society”. It demands a return to “constitutional order ”. “We have to stay on our principles. Accepting a coup would be a very dangerous precedent“, Explain