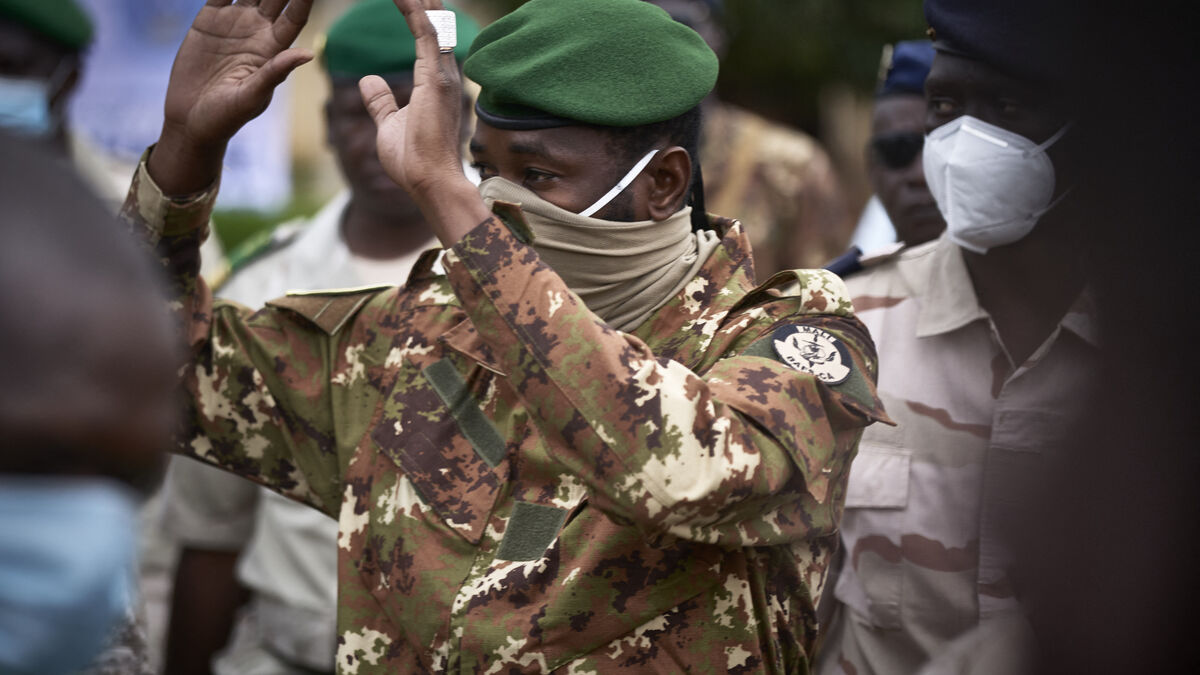 The Malian Constitutional Court declared Colonel Assimi Goïta head of state and transitional president of the country on Friday, completing the second coup d’état led by the officer and the military in nine months.

As expected for a few days, Colonel Assimi Goïta takes the head of this country plunged in turmoil, nine months after having overthrown with other colonels the elected president Ibrahim Boubacar Keita.

Four days earlier, he had dismissed President Bah Ndaw and Prime Minister Moctar Ouane, civil guarantors of the transition opened after the 2020 putsch, supposed to bring civilians back to power in early 2022.

The former battalion commander of the special forces, who hardly ever gives up his uniform and his green beret, will occupy these functions until the end of the transition, says the judgment of the Constitutional Court.

He thus challenges the partners of this crucial country for the stability of the Sahel, particularly confronted with the spread of jihadism.

West African heads of state meeting at an extraordinary summit will look into the situation in Mali on Sunday, with the possibility of sanctions. France and the United States, militarily engaged in the Sahel, brandished the threat of sanctions.

In a judgment released on Friday, the Constitutional Court noted “the vacancy of the transitional presidency” due to the resignation of President Bah Ndaw.

He announced on Tuesday that he had dismissed them from their positions by accusing them of having formed a new government without consulting him while he was vice-president in charge of defense and security issues.

Their dismissal was then presented as a resignation. The two men have since been released but have not spoken publicly.

Before his appointment as Head of State, Colonel Goïta, usually not very talkative, spoke to representatives of the political world and civil society, without saying anything about the project that was already lent to him to get hold of. the orders.

“A government of consensus and inclusiveness”

In an apparent effort to mobilize domestic support in the face of international pressure, he had declared his intention to form a government around a collective that he and the colonels had nevertheless endeavored to marginalize during the first months of the transition.

“We ask (…) that the post of Prime Minister return to the M5-RFP”, the collective which had led in 2020 months of protest ended by the putsch in August, he said.

“In the days to come, the Prime Minister who will be appointed will have the task of conducting a wide consultation between the different groups (…) with a view to setting up a government of consensus and inclusiveness”, he added. .

Several M5-RFP officials accepted the outstretched hand. “It went straight to our hearts,” said Choguel Kokalla Maïga, one of the collective’s leading figures, several times a minister since 2002 and increasingly expected to lead the government.

“I say it officially, the name given (for the post of Prime Minister) is that of Choguel Maïga”, told the press a spokesperson for the movement, Jeamille Bittar.

Several hundred Malians demonstrated in the afternoon in Bamako their support for the colonels and, for many of them, their hostility towards France, demanding the commitment of Russia.

” We are fed up. The leaders, they do anything. We want the French to leave and Russia to arrive, ”said Adama Dicko, in his thirties, surrounded by demonstrators displaying countless portraits of the colonels, a large Russian flag and anti-French signs.

In an economically drained country, the sanctions of the Community of West African States after the 2020 putsch had been very badly felt by the population. Targeted sanctions targeting colonels are widely discussed, with questions about their effectiveness.

Different voices are raised to note the difference in treatment between Mali and another Sahelian country, Chad, where a Transitional Military Council (CMT) of 15 generals took power on April 20 after the death of Idriss Déby Itno , headed by one of the former president’s sons.