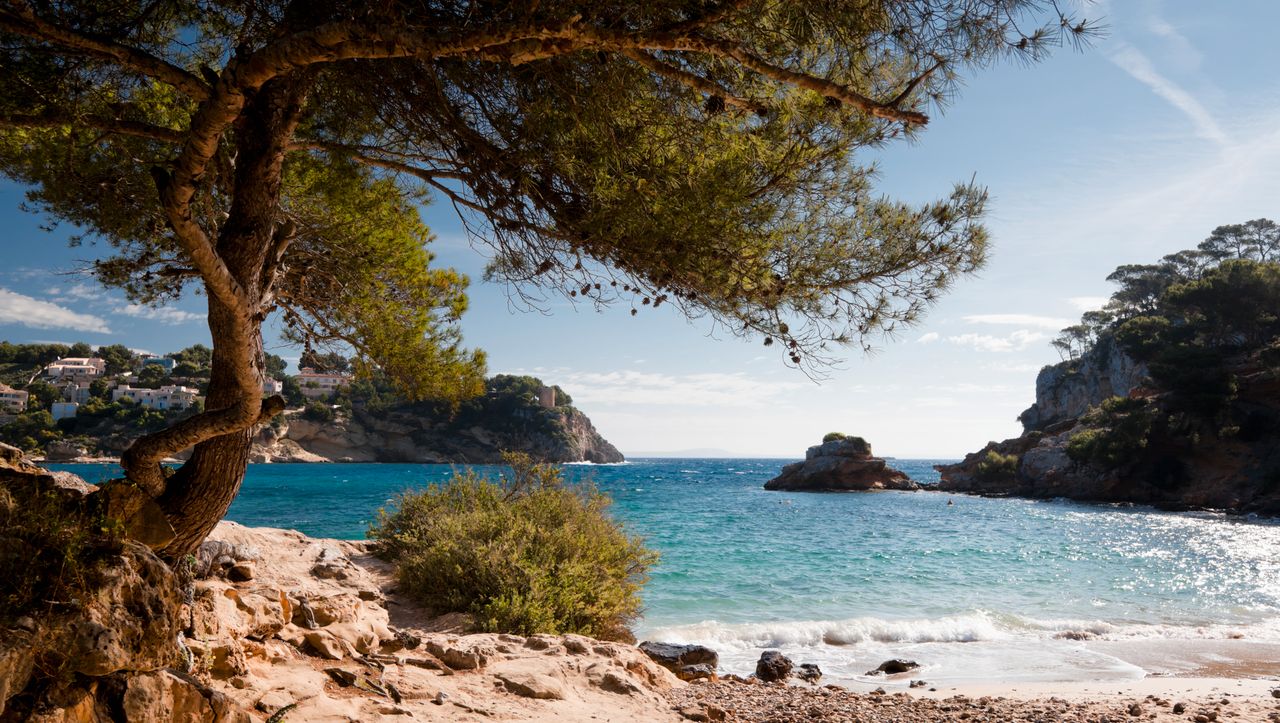 Already read? Last week, the first holiday region in other European countries was removed from the risk list of the Robert Koch Institute (RKI). And no, that wasn’t Mallorca. But the Istrian peninsula on the Croatian Adriatic. And that happened because the incidence number slipped below the threshold value of 50 – an automatism.

However, since the travel warning for the Balearic Islands was lifted on Sunday for the same reason, the travel industry has been rotating and there is great outrage: overnight stays in the Black Forest are impossible, but not a problem on Mallorca? That would be a bitter message, says the Federal Government’s Tourism Commissioner, Thomas Bareiß. And anyway: Anyone who travels would fuel the pandemic, so the tenor also in the social networks.

Mallorca as a mass and favorite destination of the Germans is exciting, especially in days when the desire for variety grows and at the same time the frustration that the desired return to everyday life before Corona is not yet in sight.

The same applies to Istria as to the Balearic Islands or the Black Forest: on March 3, the federal and state governments appealed to all citizens “urgently” to refrain from “unnecessary domestic and international travel”, government spokesman Steffen Seibert did so on Monday again clearly. The Foreign Office (AA) writes in its safety information Regarding Spain: Unnecessary tourist trips to the Balearic Islands are still advised against. “The lack of a travel warning is not an invitation to travel,” said AA spokeswoman Maria Adebahr, also on Monday.

Holidays in the regions that are no longer considered risk areas by the RKI – including Porto in Portugal or North Jutland in Denmark – are therefore not desired. When returning, quarantine and tests are no longer required and, from a legal point of view, there is no free cancellation of bookings. When entering Spain, tourists still have to show a corona test and fill out a digital entry form.

Bookings at TUI twice as high on the weekend

From Monday, holidays in Mallorca, Menorca, Ibiza and Formentera are possible again without extensive planning for returning home. A signal for the German tourism industry, which is ramping up capacities by the Easter holidays at the latest.

Lufthansa wants to offer up to eleven flights from Munich to Mallorca instead of two weekly flights, and from Frankfurt the number of flights is to increase from six to up to 20. Eurowings launched 300 additional flights for the Easter period at short notice. “TUIfly will almost double the range of flights over the Easter period compared to what was originally planned,” said TUI spokesman Aage Dünhaupt. And for Playa de Palma on Mallorca, the association “Palma Beach” has announced the reopening of at least 15 hotels for a total of 4,000 visitors at Easter.

Demand is also high despite the appeals from the federal government, flight and travel bookings skyrocketed over the weekend: on Sunday, all five Eurowings flights to the island were booked out, and according to a spokeswoman, extra larger aircraft were used for two connections. TUI counted twice as many bookings as on the same weekend in 2019, said Dünhaupt – a catch-up effect due to the hesitant travel planning in recent months. At Easter, the tour operator’s Mallorca offer will be as large as in the pre-Corona year.

Despite the sudden rush for a holiday region, Dünhaupt wants the federal government to provide more stability for planning. The German tour operators are calling for the quarantine obligation for returnees from risk areas to be lifted and for increased tests and swift vaccinations to be implemented instead. The tourism officer Bareiß showed sympathy: “This is a step in the right direction,” he said. Nevertheless: “For me it would be difficult to imagine that holidays on Mallorca are possible, but hotels in the Black Forest are still closed,” he told the German press agency.

Spaniards are not allowed to Mallorca, Germans are

In the pre-Easter season, Mallorca will not be overcrowded for a long time. On the one hand: the weather. On the other hand: Germans who get on the plane despite appeals will be among themselves. Island fans from Great Britain or Spain, for example, have to stay at home. The British, who are the second largest group of tourists in the Balearic Islands, are banned from holiday travel – the British, for example, are not allowed to leave their country for tourist trips until at least May 17th. The Spaniards have a limited range of motion: until April 9th ​​they are only allowed to leave their region in rare exceptional cases – this also applies to visiting relatives or holidays at Easter.

On the Spanish mainland, there is therefore a riot about the imbalance between the nations – even if Spain has not relaxed its entry requirements for foreigners. A lot is no longer logical in the corona crisis. “It is incomprehensible that a Madrilenian is not allowed to move freely in Spain and that a French, German or Belgian can enter,” criticized Health Minister Enrique Ruiz Escudero, for example. Yeni, who lives near Madrid, protested on Twitter: “So my daughter, who lives in Germany, is allowed to visit me at Easter, but my son, who lives in Illescas only five kilometers from me, is not allowed to do that?” And Jiménez Caballero tweeted: “To I’m not allowed to go to my holiday home on the beach at Easter, but my neighbor, who lives in Germany, can? “

In the Balearic Islands, many are relieved. The absence of holidaymakers causes major problems here – after all, the travel industry accounts for 35 percent of regional income. Unemployment and poverty in the Balearic Islands have risen dramatically in the past few months, more than anywhere else in Spain. According to estimates, at least 30 percent of all restaurants have had to close, the queues in front of the tables are getting longer every day, and prostitution is also increasing. “This is fantastic news,” the Mallorca Zeitung quoted guide Adán André Alomar. If the tourists did not return, “the island would starve to death,” he says.

No drinking, no disco

However, there is also skepticism and fear that the Germans will bring in the virus. “This is the best way to get back to the risk area,” said the island cartoonist Pau, according to the newspaper. “For an at best mediocre season” you put “even more life on the line”. In the Balearic Islands, the incidence of the islands rose sharply last summer after opening in June, at times they were among the highest in Spain.

At that time, however, no negative test was required upon entry as it is now, and even when this became compulsory for Germans, for example, Spaniards from the mainland were able to travel without restrictions. In the Canary Islands, on the other hand, this was also the rule for compatriots, there the numbers remained consistently at a lower level – and the test strategy seems to have worked. In the past few weeks, the regional government of the Balearic Islands pushed the seven-day incidence down to 21.3 on Friday through tightened measures. A lot lower than in Germany: 83 on Monday.

A situation similar to June 2020, as the first test vacationers from Germany were allowed to go to Mallorca. Those who fly to the Balearic Islands in the coming days will encounter corona measures similar to those at home: masks must also be worn outdoors (only the beach and sports are excluded), cafes and restaurants are only allowed until 5 p.m. and only for one Open third of the usual guests; Discos and bars remain closed; Curfew applies from 10 p.m. In hotels, temperature is measured, gloves are mandatory at the buffet, self-service is no longer possible.

Another new feature is that hotels on Playa de Palma are no longer allowed to offer all-inclusive packages with alcohol, says TUI man Dünhaupt. The evening beer then has to be paid for by yourself. Drinking parties are also forbidden, the police control.