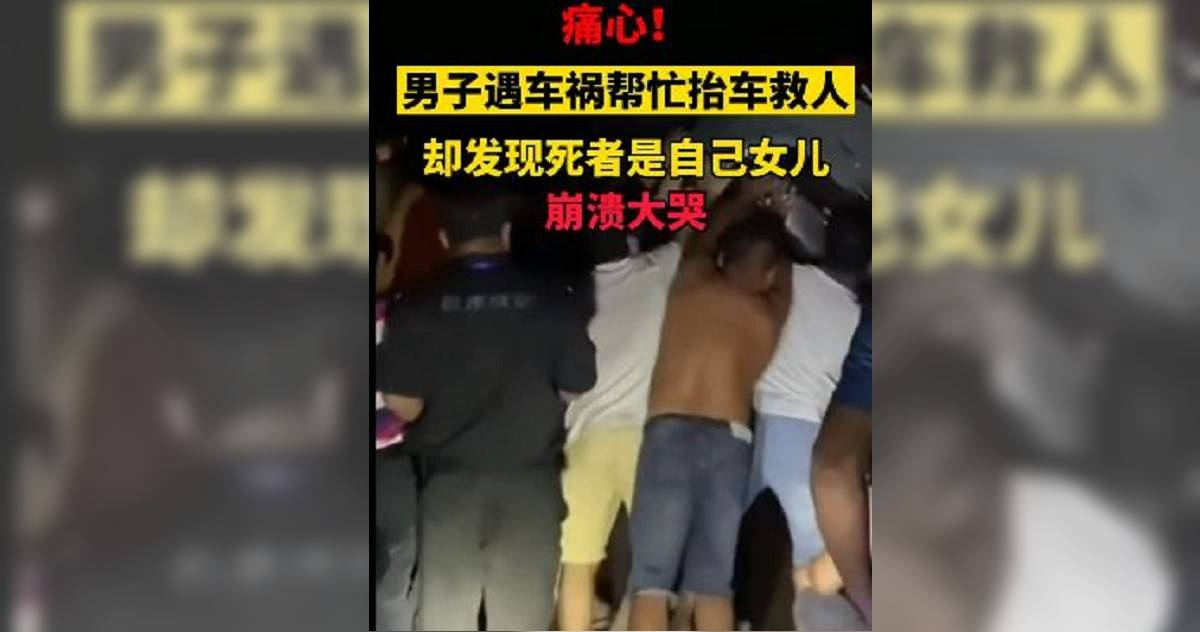 The man enthusiastically joined the rescue, but he did not expect that it was his biological daughter who got stuck under the car. (Picture/Retrieved from Weibo/Headline News)

In Hainan, China, an electric vehicle collided with an off-road vehicle. Unexpectedly, the female knight surnamed Chen, who was crushed under the off-road vehicle, was the daughter of a man who had acted bravely and stepped forward to rescue. The ending made the man burst into tears on the spot.

according to”headline News“Reported that an electric vehicle collided with an off-road vehicle in Haikou, Hainan on the 8th. A woman riding an electric vehicle was caught under the off-road vehicle after being hit. The situation is very critical. Seeing this, the surrounding people immediately organized a team to rescue people before the ambulance and firefighters arrived, trying to pull the female knight out of the car.

One of the men surnamed Chen passed by and saw that they joined the rescue together. However, when the crowd moved the car away and rescued the female knight, he discovered that the woman under the car was his biological daughter. In the end, the female knight surnamed Chen died of her injuries, causing her father who had witnessed everything to collapse and cry on the spot.

According to reports, the driver of the off-road vehicle involved in the accident was a 53-year-old driver surnamed Zhang. He had just obtained a large-scale vehicle driver’s license on September 6. The specific cause and details of the accident are still pending further investigation by the police.

And after Chen’s father rescued his daughter’s video was exposed on the Internet, many netizens felt reluctant after watching it. It’s how heartache my child has,” “This is too painful, I hope God will treat this poor father kindly in the future.”