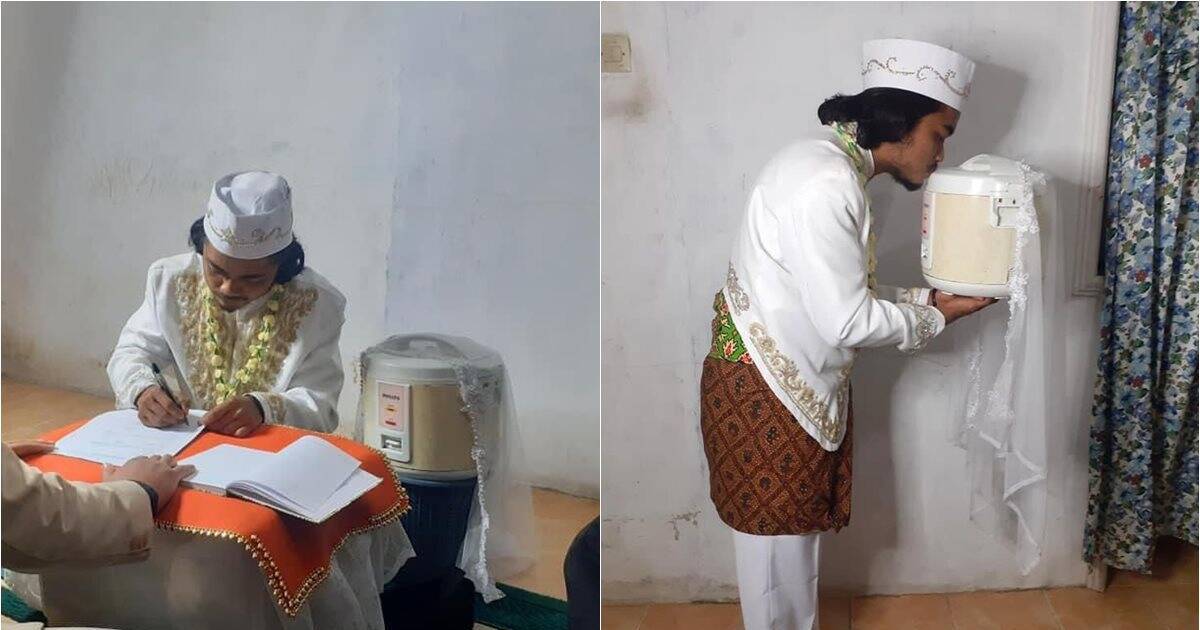 Khoirul Anam, a man living in Java, Indonesia, recently shared photos of his

What left all users stunned is that the man had married a rice cooker.

Anam has a list of qualities that her partner must fulfill: be fair, calm, obedient, not talk much and know how to cook.

In the post, while Anam was seen in the traditional white wedding outfit, the electric “bride” was dressed in a white veil for signing the documents.

Four days after the wedding, the man announced that he could not bear the pressure and that he realized that the rice cooker, who was now his wife, was not the one.

“My decision is clear, decisive in fact, but I have already decided: there is no perfect partner”Khoirul Anam expressed.

The users of the networks were impressed with the news of the separation of this particular marriage, many are waiting, wondering what could be the next object that would occupy the role of their spouse.