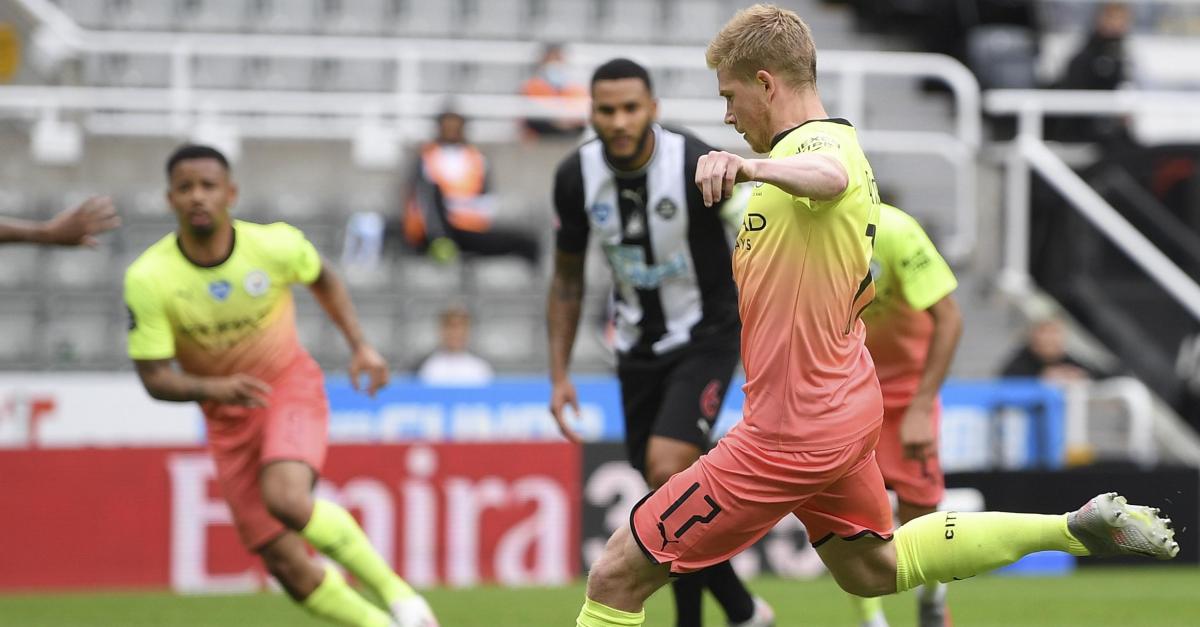 The Skyblues clinched their place in the final four of the FA Cup.

Manchester City defending champion qualified as the fourth and last team on Sunday night for the FA Cup semifinals. The Citizens won 0-2 against Newcastle United. Kevin De Bruyne, who is celebrating his 29th birthday, opened the scoring on the penalty spot after 37 minutes.

Dangerous on several occasions in the first period, Manchester City cemented their dominance in the 37th minute. The referee awarded a penalty to the Citizens for Schär’s foul on Gabriel Jesus. From eleven meters, De Bruyne did not tremble and scored his 12th goal of the season (10 in the Premier League, 1 in the Cup and 1 in the Champions League). The Red Devil thus marked the 100th goal of his club career: he put 17 with Genk, 10 with Werder Bremen, 20 with Wolfsburg and now 53 with Manchester City.

In the second period, Newcastle came close to equalizing with Gayle, who, in excellent position, missed the frame (66th). Two minutes later, Raheem Sterling protected City from a coiled strike right of the entrance to the rectangle.